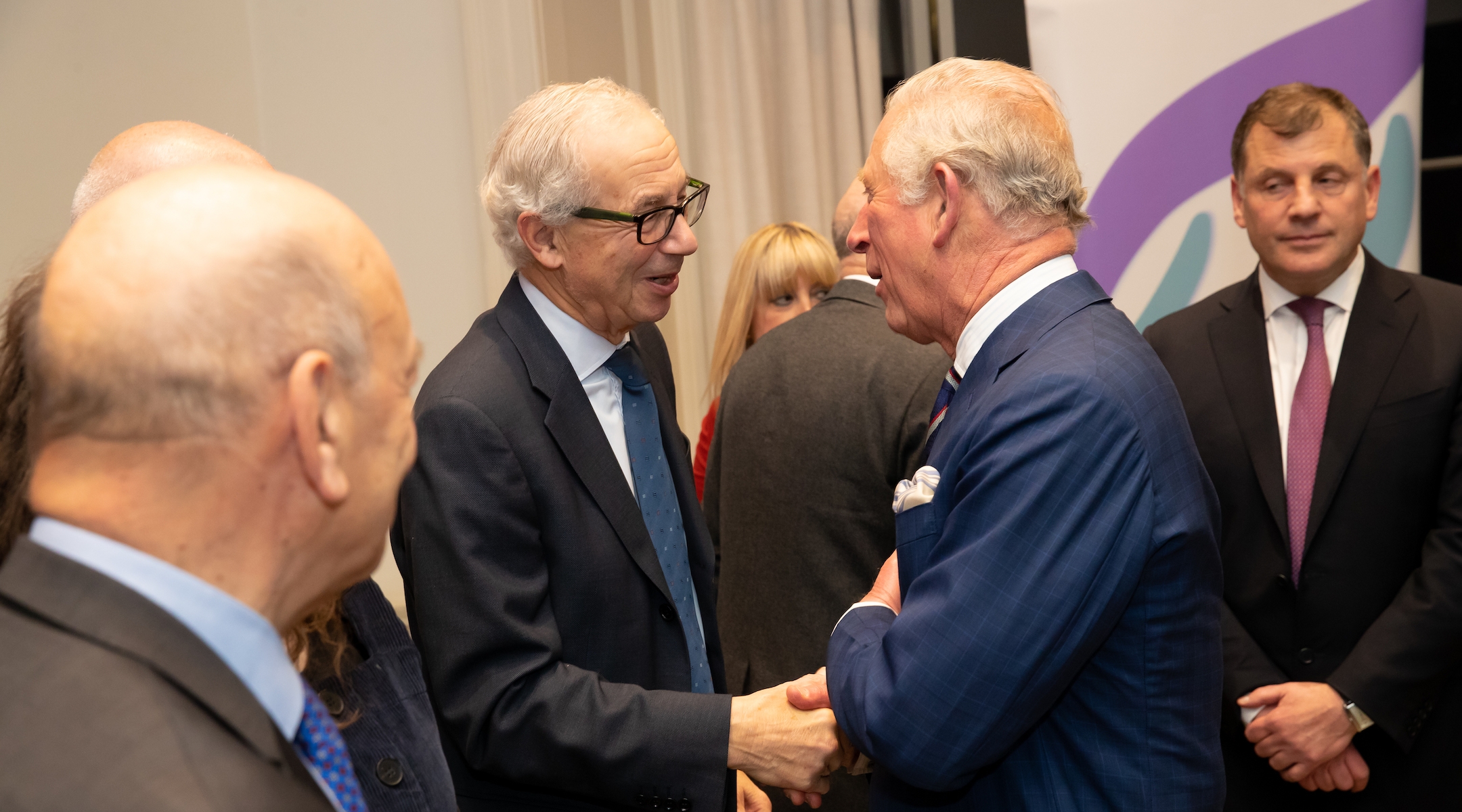 James Leek, left, shakes hands with Prince Charles at an event of Britain's Council of Christians and Jews. (Courtesy of CCJ)
Advertisement

(JTA) — In one of the latter chapters of a life given over to interfaith and Jewish communal causes, James Leek — who died April 6 of the coronavirus at age 75 — became actively involved with the Council of Christians and Jews, Britain’s leading nationwide forum for Christian-Jewish engagement.

“He was one of those people who gave a lot of himself,” the group’s director, Elizabeth Harris-Sawczenko, recalled to the Jewish Telegraphic Agency, “but always in a very humble way.”

Becoming its co-chair, Leek helped reestablish the southwest London branch of the interfaith group at a time when his local synagogue, the Reform Wimbledon Synagogue — he served as a lay leader there for 45 years — desired to reach out to neighboring faith communities in particular local churches.

“He was very committed to Christian-Jewish relations,” Harris-Sawczenko said, and to the organization, going on to join its advisory and trustee boards.

In remarks made at a recent memorial service, which she shared with JTA, Harris-Sawczenko described Leek as a man overflowing with energy and ideas, kindness and generosity, one of life’s real do-gooders.

“He was always there to advise: patiently, kindly and thoughtfully,” she said. The last time was in December, over a lunch at which they discussed the future of Council on Christians and Jews.

An accountant by training who rose to become a top executive at Caparo, a British company dealing in steel, Leek was involved in other progressive Jewish causes as well, especially focused on egalitarianism and collaboration.

He was a “longstanding and passionate supporter” of the British branch of the New Israel Fund, the left-wing Israel advocacy organization said upon his death, “championing issues such as religious freedom and care for minorities. He was a fantastic source of advice and a true leader.”

Leek also gave his time and expertise to the Leo Baeck School in Haifa, the British Movement for Reform Judaism, the magazine Jewish Renaissance and the local Mosaic Jewish Primary School, where 50% of students come from outside the Jewish community. He raised funds for the groups, too.

“It was hard to keep up with him sometimes,” Harris-Sawczenko said in her eulogy.