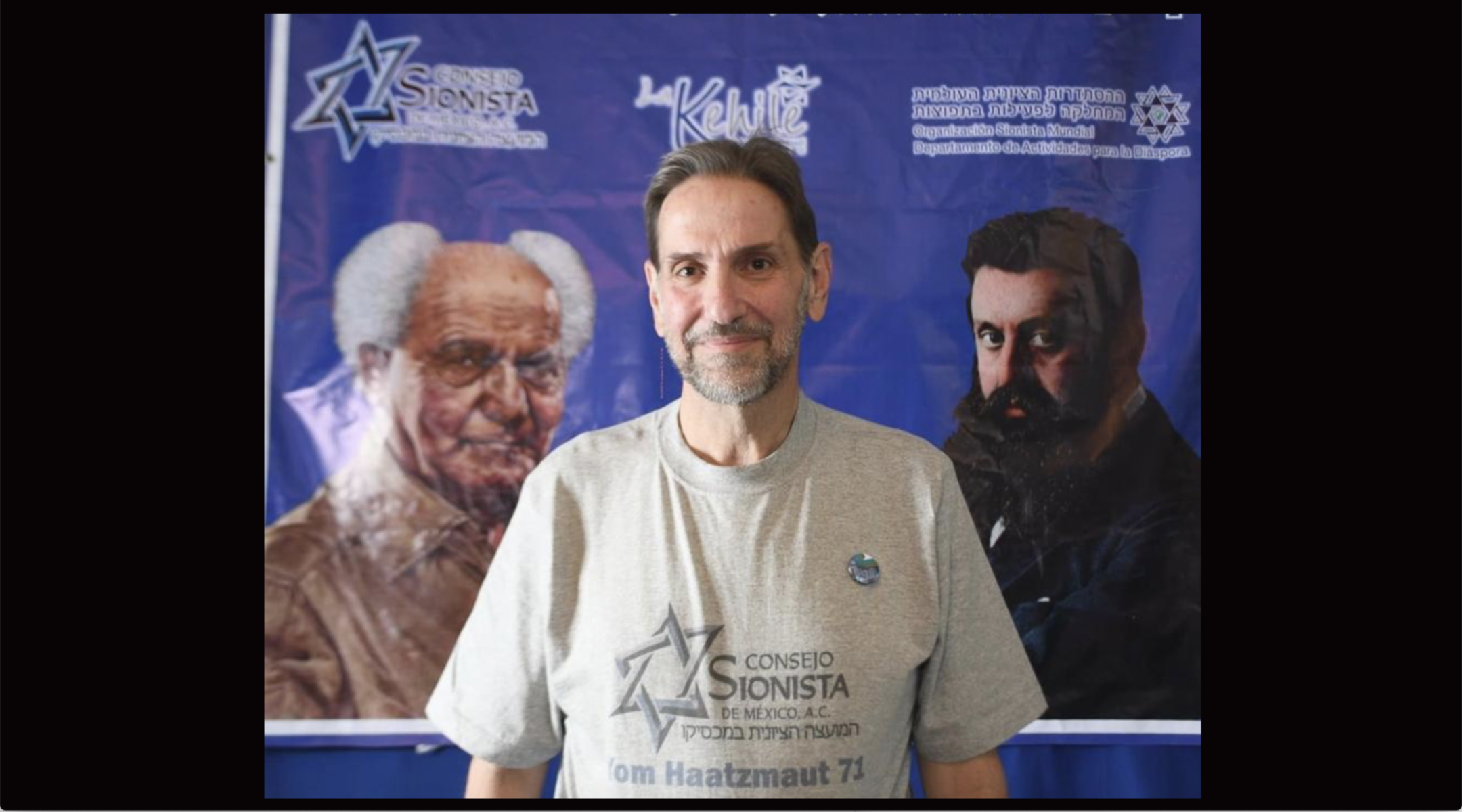 (JTA) — The grandson of Russian Jewish immigrants to Mexico, Beny Zlochisty dedicated his whole life to his country’s Jewish community affairs and its bonds with Israel.

When he died July 11 of COVID-19 at 58, the 12th Jewish victim of the disease in Mexico, condolence notes poured in from the many people his advocacy efforts had touched.

“We join the mourning of a dear friend,” Zvi Tal, Israel’s ambassador to Mexico, said in a statement.

In his youth, Zlochisty was a member of the Beitar youth movement and later became a leader of Ein Haneurim, a Zionist movement that operated in the 1980s. He also represented Mexico at the World Zionist Congress in Israel.

Later, he participated in efforts to help Jews in the Soviet Union and led trips to Holocaust sites in Europe through March of the Living.

Most recently, he helmed the Mexican Zionist Council, which brings together all the Zionist organizations in the country to promote friendship and cooperation between the Latin American nation and the Jewish state.

“He was an exemplary Zionist, dedicated to volunteering, a lover of Israel and his community,” said Mauricio Eichner, the council’s vice president. “He was a tireless fighter for peace, for the union between peoples and for fostering a good relationship among various religions.”

A resident of Mexico City, Beny Zlochisty was active at Kehila Ashkenazi of Mexico and served as director of the Shul de Echegaray synagogue. With his wife Lety, he operated Passover retreats at Mexican beach resorts. This year’s Puerto Vallarta retreat would have marked the 20th year for their business, Hafikoman.

In addition to Lety, Zlochisky is survived by his three children, Aaron, Yael and Taly.