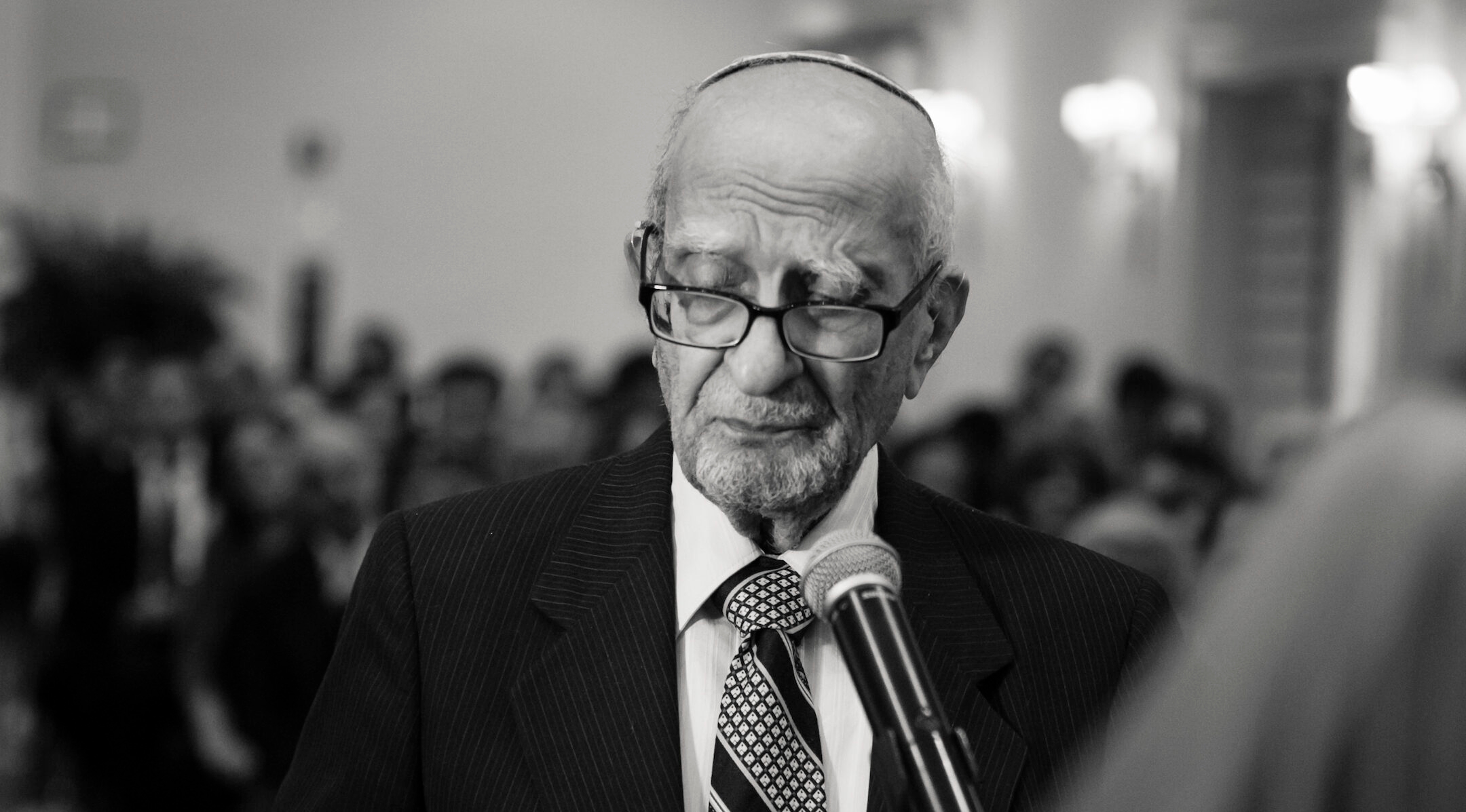 (JTA) — When it came to chanting Torah, Rabbi Ezekiel Nissim Musleah was in a class by himself.

As a child of ten, Musleah lost his mother. Two years later, partly as a way to console himself, Musleah dedicated himself to a meticulous three-year undertaking to learn to chant the entire Torah. There was no turning back.

For nearly 70 years, until his death on July 14 of COVID-19 at the age of 92, Musleah enthralled congregants at four synagogues on two continents, bringing the expertise of a scholar and the dramatic flair of a storyteller to his reading of Torah.

“His Torah reading was masterful,” recalled his daughter, Rahel Musleah. “Every letter, every vowel, every trope was resonant and full of his understanding of the text.”

Musleah was born in 1927, in Kolkata, India. His tight-knit extended family traced its lineage to 17th-century Baghdad, a heritage that remained a source of pride throughout his life.

His journey to the rabbinate was propelled by the encouragement of a Jewish chaplain in the U.S. Army who was stationed in India. At age 20, Musleah enrolled at the Jewish Theological Seminary in New York, where he learned the Ashkenazi style of Torah reading. He returned to Kolkata in 1952, becoming the Jewish community’s first Western-trained rabbi.

In 1964, he and his wife, Margaret, and their three young daughters moved to Philadelphia, where he served for 15 years as rabbi at the city’s historic Mikveh Israel synagogue. He also led Congregation B’nai Abraham Synagogue and served on the Conservative movement’s local and national rabbinic court.

For the last 30 years, Musleah was the weekly Torah reader at Temple Beth Zion-Beth Israel in Philadelphia. Congregants noted that he and Margaret were inseparable. When she was 65, he taught her to read Torah.

‘When Rabbi Musleah read Torah in the synagogue, it was the voice of God,” Adam Laver, a lawyer who began studying with the rabbi as a teenager, told the Philadelphia Jewish Exponent.

Musleah was beloved by his family for his mischievous streak, his love of baseball and a lifelong fondness for backgammon. Children and grandchildren all noted his gift for telling a good joke and story.

“His storytelling was a beautiful art, consisting of so many intricate details, similar to the strokes of a paintbrush on canvas,” his granddaughter Penina Polofsky recalled.