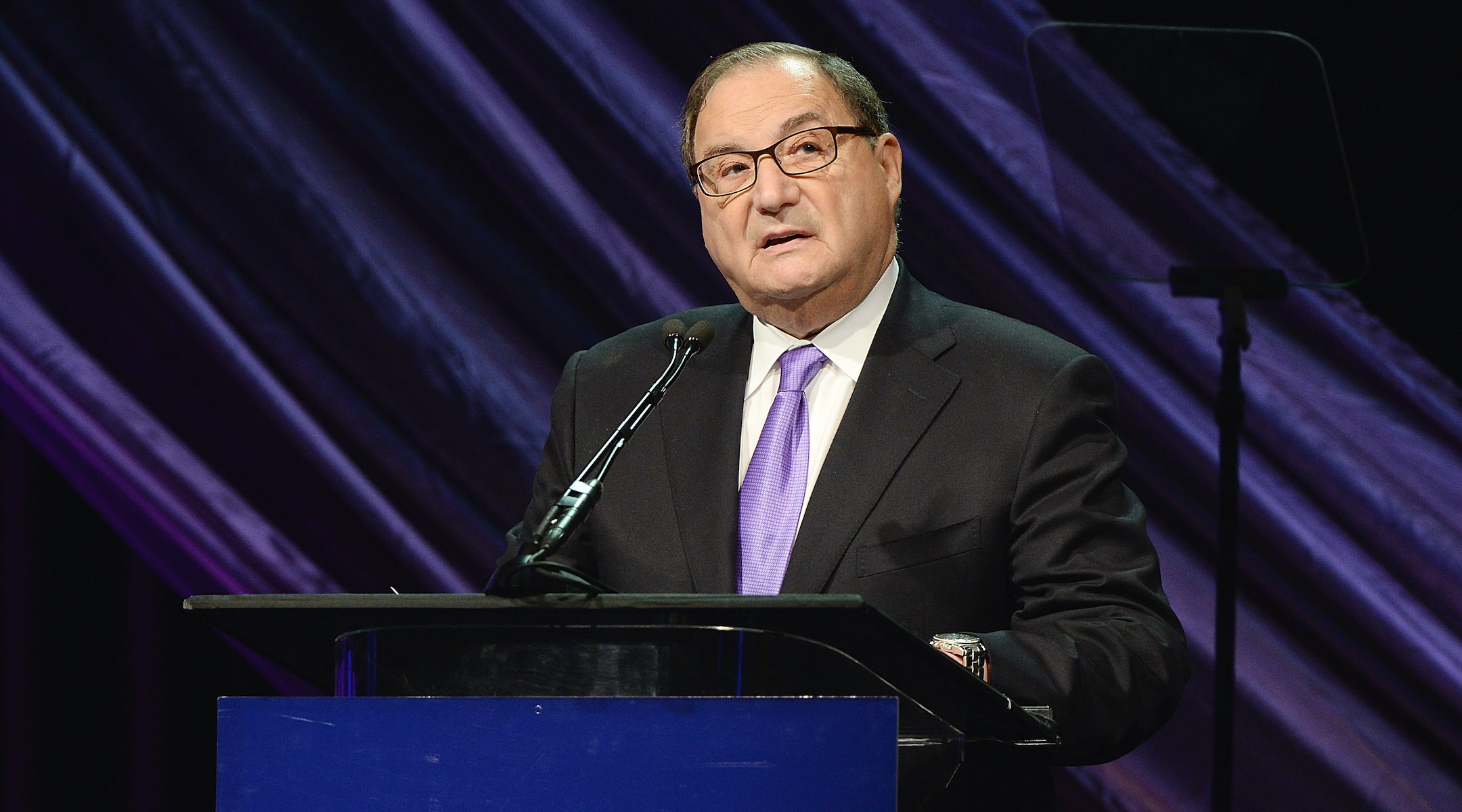 Abraham Foxman, seen in 2014, said he steadfastly did not endorse political candidates while he was leading the Anti-Defamation League -- a practice he said he had stuck to during his retirement. (Michael Kovac/WireImage/Getty Images)
Advertisement

(JTA) — Abraham Foxman, the former longtime leader of the Anti-Defamation League, has broken his tradition of not endorsing political candidates to back Joe Biden, arguing that President Donald Trump is a “demagogue” whose reelection would be a “body blow for our country and our community.”

Foxman laid out his thinking in an opinion piece for The Times of Israel in which he asserted that Trump’s presidency has “given succor to bigots, supremacists, and those seeking to divide our society” and that “he and his administration dehumanize immigrants, demonize the most vulnerable, and undermine the civility and enlightened political culture that have allowed Jews to achieve what no Diaspora community outside Israel can claim in two millennia.”

As the national director of the ADL from 1987 to 2015, Foxman was widely seen as leading the Jewish community’s fight against anti-Semitism and serving as a top voice on Jewish communal interests, though in his later years on the job he drew increasingly harsh criticism from the left and the right.

Some on the left faulted Foxman for what they saw as his deference to Israel on Palestinian-related issues and sometimes putting perceived Jewish interests ahead of civil liberty concerns. Conversely, many right-wingers complained that the ADL staked out liberal positions on a wide range of issues and placed too much focus on monitoring religious conservatives and right-wing figures and groups.

Foxman steadfastly did not endorse political candidates, a practice he said he had stuck to during his retirement.

“When I chose a career working for the Jewish people, I took on a sacred obligation, like so many other professionals, to avoid taking sides in partisan contests — an obligation I carried into retirement,” Foxman wrote. “But there is more than enough evidence Trump is a demagogue and his presidency threatens American democracy.”

The opinion piece included a tagline identifying Foxman as the director emeritus of the Anti-Defamation League and stating that “these views are his own.”

In the piece, Foxman acknowledged that he supports several actions taken by Trump to address longtime Jewish communal priorities, including moving the U.S. Embassy to Jerusalem. However, Foxman added, these gains have “come at the cost of Trump’s frontal assault on bipartisan support for Israel, and some have been clothed in deeply offensive stereotypes about Jews and their ties to the Jewish state.”

Still, Foxman said, Trump is not an anti-Semite. But, he added, “that’s not the right question.”

“When our democracy is weakened, and when nativism is stoked, the rights of Jews and other minorities will be diminished too,” he wrote. “It may not happen overnight, but it will happen, and Jews know this well from bitter experience.”

Foxman said he respected those who continue to support the Republican Party, which has “made significant and lasting contributions to the Jewish community.” He added that he understood why “some of these voters are struggling with their decision.”

The Times of Israel published a rebuttal to Foxman’s piece from Norm Coleman, the former Minnesota senator and now chairman of the Republican Jewish Coalition. Coleman opened with an attack on Foxman’s ADL tenure, arguing that he “oversaw its shift from mainstream community defense organization to a shill for the left.”

“American Jews have better memories, and more smarts, than Abe Foxman gives them credit for,” Coleman wrote. “President Trump will win Jewish votes in this election because he has fought for us – for all of us – and we have seen the results. There has never been a better friend of Israel and the Jewish community in the White House, and with our community’s help, Donald Trump will continue his good work there for another four years.”

Coleman, who has said the past four years have transformed him from a Trump opponent to an enthusiastic supporter, hailed the president’s record on the economy, education, the Middle East and fighting anti-Semitism.

“Democrats try to paint President Trump – the man who did all this for Israel, the man with Jewish family members and decades of good relations with the Jewish community in his native New York – as someone who condones and encourages anti-Semitism,” Coleman said. “That is rank nonsense. The President has spoken out forcefully against anti-Semitism, racism and bigotry over and over again, and has taken steps to combat those evils.”

Coleman concluded by dismissing the “laughable statement that Joe Biden and Kamala Harris will stand up to enemies of Israel and the Jewish community.”

“In fact,” Coleman wrote, “the virulent anti-Semitism that once lived only on the fringe of the Democratic Party is now very much at the center of that party.”