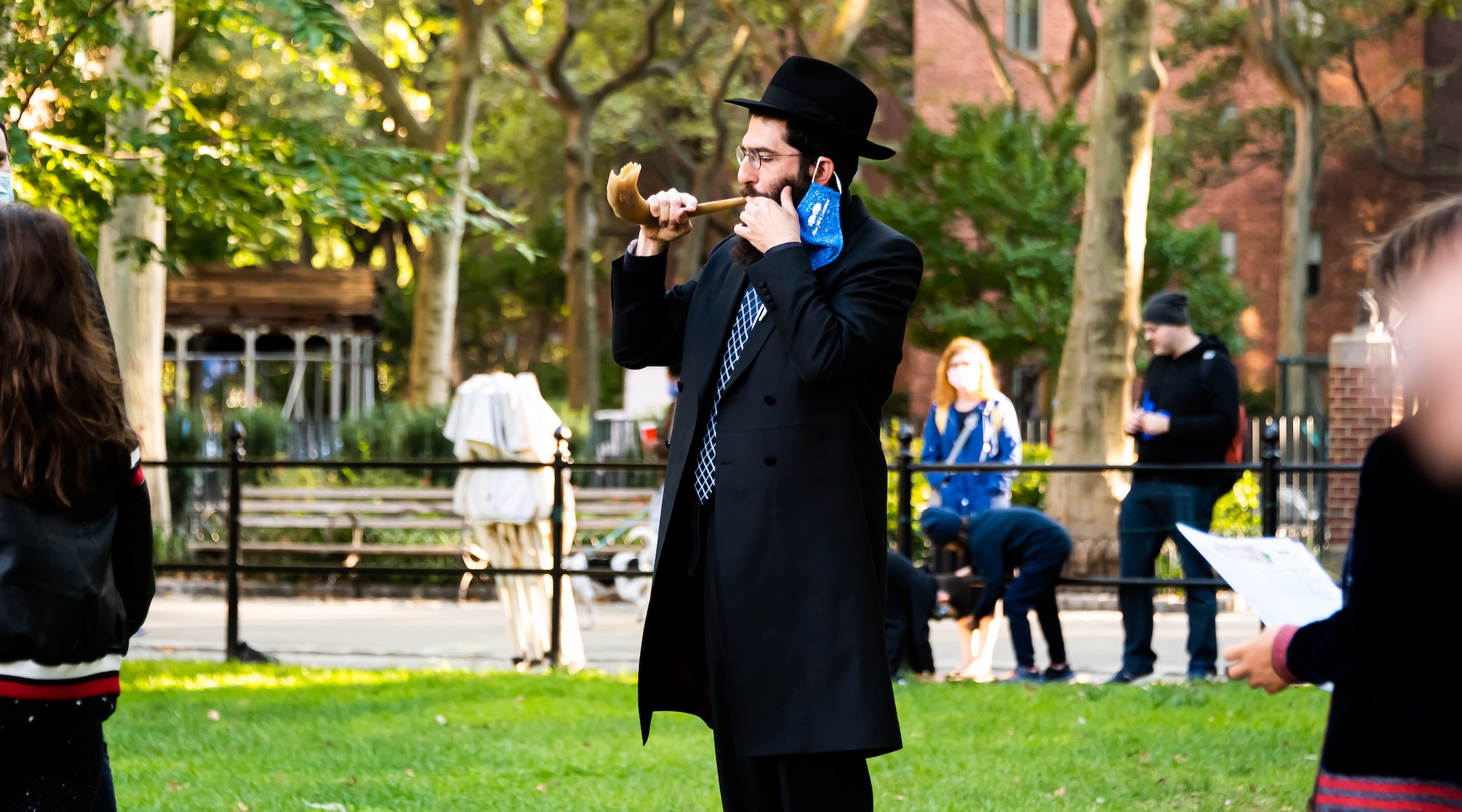 (JTA) – In synagogues and in their parking lots, in backyard tent services and on Zoom, Jews around the world will spend the Yom Kippur holiday offering one last plea to avert death and be inscribed in the book of life for the year to come.

Their prayers will come amid a spike in COVID cases in Jewish communities in New York, Israel and around the globe that threatens to drive the pandemic death toll up yet again not long after the United States surpassed 200,000 deaths from the coronavirus.

As the Jewish world prepares for Yom Kippur, already a day in which matters of life and death are front of mind, the gates are closing not only on repentance but on the opportunity to avert a second wave of infection in Jewish communities around the world.

In New York City, a deadline to lower the COVID-19 test positivity rate in several Orthodox Jewish neighborhoods loomed as Yom Kippur neared. Israel shattered its daily infection record yet again, with 8,315 new cases in the 24 hours that ended Saturday evening. And in Chicago Friday, Orthodox doctors warned that a “second wave of COVID-19 has begun to spread rapidly throughout our community.”

While most synagogues made their plans for the High Holidays weeks if not months ago, when COVID cases were more controlled after a summer of warm weather that enabled safer outdoor socializing, the question of whether the uptick in cases caused synagogues to quickly change their plans remains to be seen, as does the question of whether Yom Kippur services might contribute to the uptick in cases.

Mask wearing was more prevalent Sunday in Borough Park, one of several Orthodox neighborhoods experiencing an uptick in COVID cases and being monitored by the New York City health department, as people prepared for the fast. Robocalls to residents of the neighborhood, signs posted to street signs and messages broadcast from car speakers encouraged the local community to wear masks on the street with warnings that the community was “being watched” by the media and the government and that the education of the community’s children was at stake.

But whether those changes lead to safety inside synagogues, a fertile site for disease transmission, remains to be seen. In Israel, strict lockdown rules still allow people to attend small-scale services near their homes — and the byzantine rules allow for up to 50 people to attend indoor services at a time in some parts of the country.

In the United States, most non-Orthodox synagogues are continuing their practice of holding services online only. And services outdoors in tents are common in many Orthodox communities. But indoor services are also taking place – and often kept quiet – while some synagogues are not requiring masks or are making them optional.

Several synagogues in Orthodox Brooklyn openly sold tickets for the holidays that differentiate between mask and no-mask sections. In one of them, Agudath Israel Bais Binyomin in Midwood, the rabbi tested positive for the coronavirus just a few days after Rosh Hashanah, sending people who sat near him into quarantine.

In Chicago, a letter from 13 Orthodox doctors to the community documented at least three Rosh Hashanah services where prayer leaders or shofar blowers who were unmasked and “unknowingly positive for COVID-19” exposed their fellow worshippers, many of whom were also unmasked, to the virus.

Exactly how widespread the disease is in Jewish communities right now is unclear, in part because testing has been openly discouraged in some places out of fear of the consequences, which could include school closures if many people test positive. But reports of hospitalization and even death are on the rise.

“From a non-medical rabbinic perspective, I can tell you that I am getting non-stop questions about fasting for people who just tested positive,” one rabbi from Nassau County, Aryeh Lebowitz, tweeted. “We all need to be extra vigilant and daven a lot. This is not looking good.”

(Rabbi Dr. Aaron Glatt told JTA earlier this month that people who have COVID should consult their doctor before fasting.)

What is clear is that Yom Kippur has the potential to be a superspreader event, much like Purim was in March. The kabbalists even found a connection between the two holidays, despite the differences between the joyous holiday of Purim and the somber day of Yom Kippur, noting that the word “pur,” which means lottery, appears in the names of both days.

Whether Jews hew to the increasingly urgent warnings from their doctors and, in many cases, rabbis could determine how intense this wave of the pandemic ends up being for some of the communities that were hit hardest early on.

“The next two weeks,” Glatt said in a livestreamed Saturday night COVID update, “will determine many, many things.”