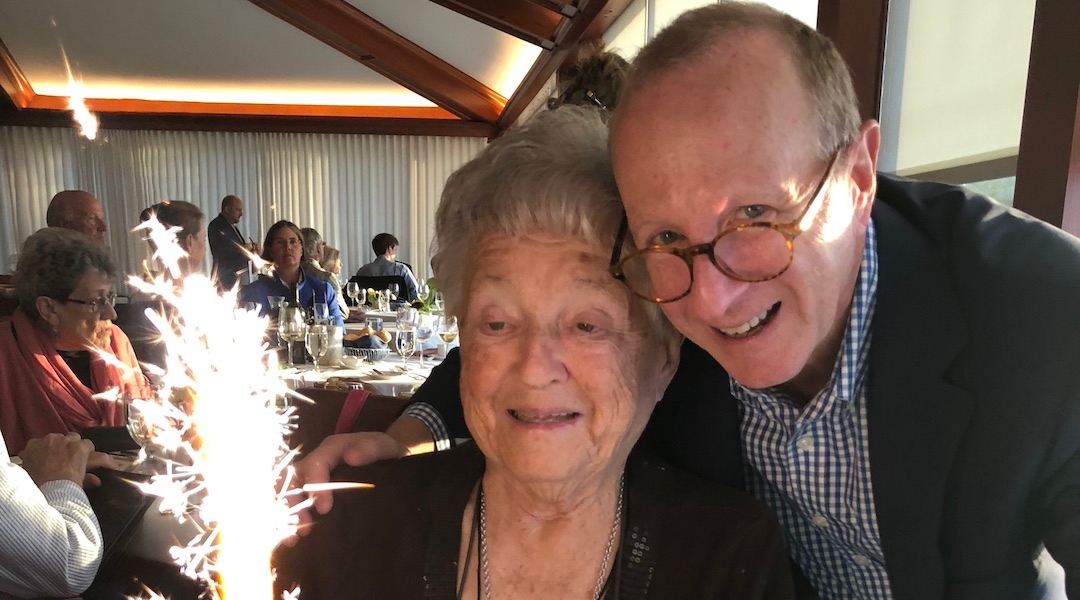 BOSTON (JTA) – Just a few months after she turned 90 last year, Florence Barat joined a bat mitzvah class with a group of other women at the Jack Satter House, a Jewish senior residence near Boston where she had lived for some two decades.

Barat had already had an adult bat mitzvah 30 years before at her lifelong synagogue in Malden, Massachusetts. But she joined the class to share her enthusiasm for the ritual with the other women, who ranged in age from 71 to 100 and had come of age at a time when girls were largely left out of this Jewish rite of passage.

“She brought a photo album to the first class and passed it around,” said Rabbi Lior Nevo, a chaplain at Hebrew SeniorLife, the Jewish senior care organization that runs the Satter House. “She didn’t miss any class.”

But Barat never got the opportunity to be called up to the Torah. She was hospitalized after a fall in March, just as the coronavirus was beginning to take hold in Massachusetts. Within a few days, her family was informed that she had tested positive for the virus.

Her shiva was conducted over Zoom, with family and friends from as far afield as Canada, Brazil and Israel sharing stories about Barat’s colorful and friendly spirit.

“It was delightful and comforting,” said her son, Jeffrey Barat.

Barat was born Florence Lillian Zide to an immigrant family in Malden, a working class city just north of Boston that was then home to a vibrant Jewish community. She met her future husband, Willy, a Romanian refugee, at a B’nai Brith social event. The couple were married for 61 years until Willy’s death in 2015.

They were a hard-working couple. Willy eventually came to own a small wholesale clothing shop and Barat worked at an insurance company, commuting an hour each way by subway for some 15 years. Their relationship included a ribbing repartee that could resemble a sketch from “Seinfeld,” Jeffrey Barat said.

At the Satter House, Barat was a regular at Friday night Shabbat services and was a winning Mah Jongg player. She also developed a warm bond with her caregiver.

In August, the bat mitzvah service went on without her. “Her absence was very much much felt in the group,” Nevo said.

Modified because of the pandemic, each of the women recited their Torah portions in the chapel alone. A YouTube video of the ceremony was dedicated to Barat’s memory.

Barat is survived by two sons and four grandchildren.