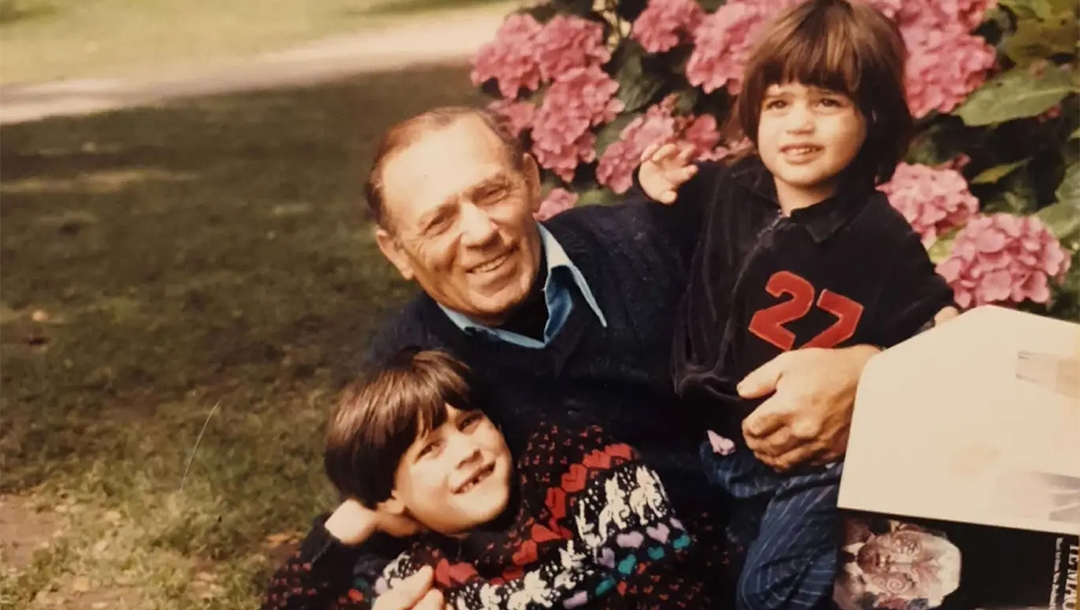 (JTA) — When Abraham Grossman was a teenager, he fled his native Germany on what came to be known as the kindertransport, a rescue effort that brought about 10,000 Jewish children fleeing the Nazis to England.

He returned just a few years later, but by then he was as a proud fighter in the British Army’s Jewish Brigade. One of his postings was to the former prison in Bavaria where Hitler had written his infamous book “Mein Kampf.”

Grossman, who died from the coronavirus in Israel this month at the age of 95, described his pride in participating in the fight against Nazism in his memoir.

“Two thousand years after Bar Kochba commanded a Jewish army, another army of Jewish soldiers arose, founded by the British and serving as an independent fighting force,” Grossman wrote, according to an obituary published Tuesday in Haaretz. “On their sleeves was the Jewish flag in blue and white, with a Magen David symbol sewn in golden thread in the middle. The uniforms carried Hebrew insignia indicating that they were part of a Jewish combat unit.”

Grossman had thought of himself as an ordinary German before the rise of the Nazis, though he had suffered anti-Semitic harassment and got into fights because he was Jewish. But as he and his brother left Germany on the eve of the war, Grossman shouted out the window “let Germany die,” Haaretz reported.

When Grossman’s unit arrived at the Landsberg prison in Bavaria, it had already been converted into a displaced persons camp for Jewish Holocaust survivors.

“The Brigade column entered through the main gate and onto a wide plaza. Loudly, we sang ‘Hevenu Shalom Aleichem’ to the thousands of people milling around – men, women and children. They were all remnants of their communities, with cropped hair and numbers tattooed on their arms,” Grossman wrote in his memoir.

“The crying and screaming resonated far and wide, like thunder. People climbed onto our vehicles, grabbing the soldiers’ weapons, clutching them to their chests, smothering them with kisses. They kissed the Magen David symbols painted on the vehicles. They hugged the soldiers and wet their uniforms with their tears.”

In Belgium, Grossman tried to track down his sister, Tzili, and his mother, but he learned they had been murdered at Auschwitz.

“I covered my eyes and cried,” Grossman wrote. “I was three years too late to save my mother and sister.”

In Europe, Grossman met his wife, Genya, who had been born in Berlin to Polish parents. Defying the British ban on Jewish immigration to pre-state Israel, they sailed there together, settling at Kibbutz Yavneh south of Tel Aviv just before the 1948 war broke out.

Manning an anti-aircraft post, he shot down an Egyptian plane that was bombing the kibbutz – a rare achievement that elevated him to hero status.

After the war, the Grossmans left Yavneh for northern Israel, where they helped found Kibbutz Lavi. They headed southward again in 1956 as one of the founding families of Kiryat Gat, a town some 30 miles southwest of Jerusalem. Grossman worked as a plumber.

He is survived by two sons, five grandchildren and four great-grandchildren. Genya died in 1975.