The next 4 years will be tough for Jewish conservatives. Here’s how we can still advance pro-Israel policies. 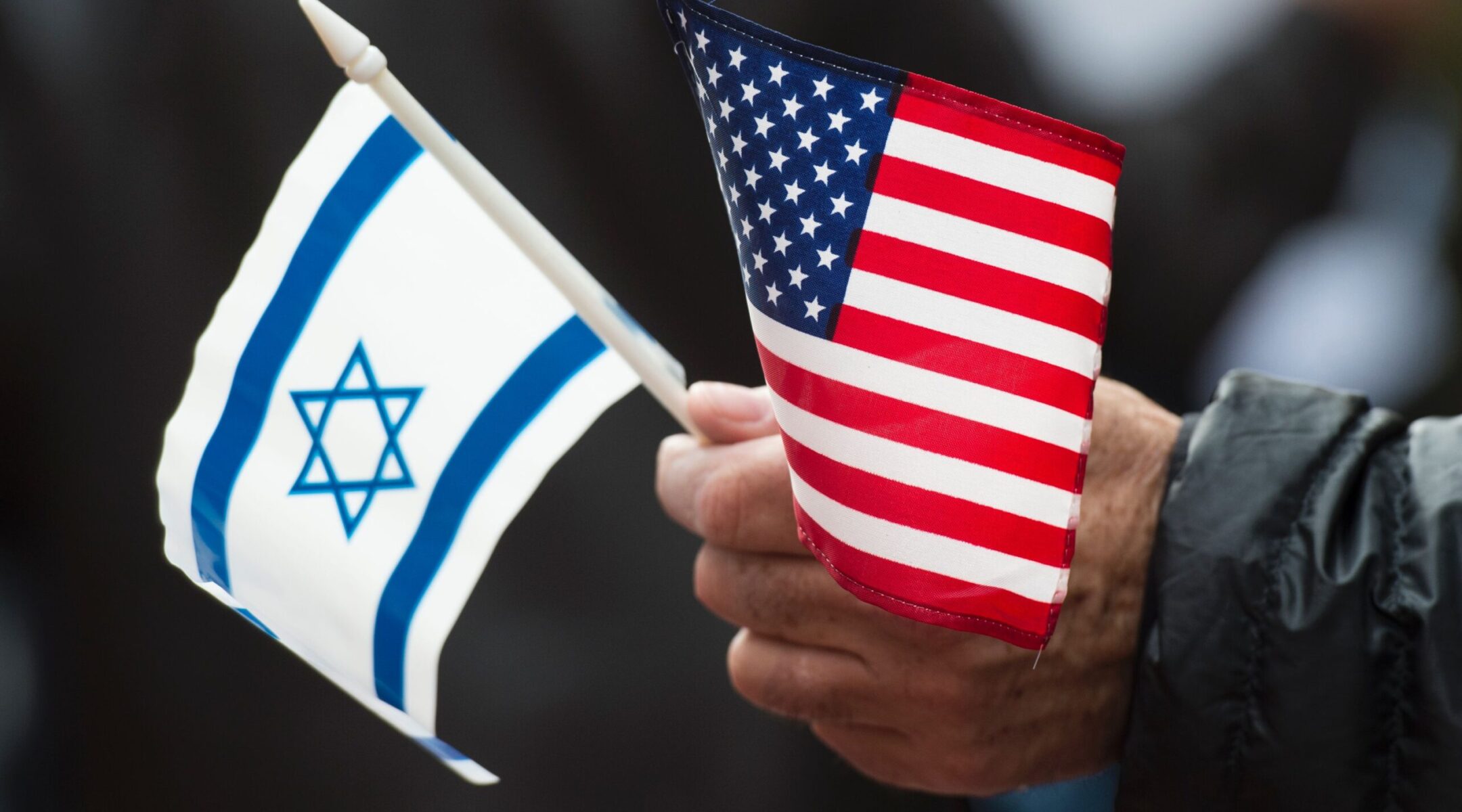 An Israel supporter at a New York rally to tell the United Nations "no more anti-Israel documents or resolutions," Jan. 12, 2017. (Don Emmert/AFP via Getty Images)
Advertisement

(JTA) — Litigation surrounding the 2020 presidential election is set to continue for a while, and the state legislatures do not need to report their official results until Dec. 8. A constitutional attorney by training, I know how complicated things can get: I recently served as a researcher-writer for Sen. Ted Cruz, R-Texas, during the drafting of his new Supreme Court book, and we dedicated a chapter to the Bush v. Gore litigation in 2000 (Cruz was a lawyer for Bush’s Florida recount team at the time). The election litigation this time is perhaps less likely to succeed for Republicans, but we’re still in for a bumpy few weeks.

But assuming for argument’s sake, and based on what we’ve seen so far, that Biden has indeed won the presidency, here’s what his administration means for my fellow Jewish conservatives, Republicans and Trump supporters.

According to Republican Jewish Coalition exit polling data, Trump won over 30% of the Jewish vote nationwide — a strong showing given the historic baseline, and likely the strongest since the 1980s, when the Democratic Party was similarly tainted by a recent anti-Israel president.

Crucially, AP VoteCast data suggests that Trump won 43% of the elderly-leaning Jewish vote in Florida, helping him improve upon his 2016 margin of victory in this most quintessential of swing states. Orthodox Jews in particular firmly established themselves during the Trump era as a reliable Republican voting bloc, and there is no indication this might change anytime soon.

We don’t know what will happen in the next four years. But Republican Jews do know that Biden’s agenda on Iran, Israel and other issues is not our own, and that he has the power to make worrisome changes even with the check of a Republican-majority Senate.

My advice for the next four years is threefold:

* Biden’s administration must hold the line against the Democratic Party’s far-left progressive wing, which is increasingly unabashed in its anti-Zionism and sometimes veers into outright anti-Semitism.

* Similarly, Senate Republicans must utilize their full arsenal of constitutional tools to hold the line against the administration on Jewish-related issues.

* Finally, fanciful though it may seem, pro-Israel public figures of all stripes must launch a full-throttle campaign to convince the Biden-Harris administration to steer the course paved by the Trump-Netanyahu debunking of the decades-long failed Middle East consensus — and to resist resuscitating the worst proclivities of the Obama administration.

That may be difficult for Biden and Harris, the most liberal senator in 2019, according to GovTrack. But the administration would be wise, for its own political self-interest if nothing else, to reject the noxious brew of “defund the police” anarchism, socialism lite and anti-American intersectionality that corresponded with Republicans posting their best performance with nonwhite voters in six decades and to Democrats losing winnable House and Senate races.

The Republican Senate, for its part, must hold the line against the worst excesses of the Biden-Harris administration. The Constitution’s framers famously wove an elaborate system of checks and balances into our legal order. Despite 100 years of accumulation of unwarranted power in the executive branch, Congress retains many tools to push back against a rogue president.

First and foremost is the power of the purse: A Republican-held Senate can, as a point of leverage, threaten to defund any number of nefarious presidential hobby horses. Chief among these for the Biden-Harris administration is a prospective return to the JCPOA, the Iran nuclear deal. A Republican-held Senate can also wield its investigative and oversight powers to expose any potential malfeasance of a Biden-Harris State Department — and foreign policy-national security apparatus, more generally. A Republican-held Senate can also easily forestall the administration from entering into any number of harmful formal treaties, thus ensuring that any prospective return to the Iran deal retains the comparatively weak legal status of nonbinding executive agreement. It was this weak legal basis for the JCPOA that allowed Trump to so easily withdraw the U.S. from the 2015 agreement.

It would be truly tragic if the Biden-Harris administration reneged on the stunning Middle East successes of the past four years, which emboldened Israel and our Sunni Arab allies and subdued the Iranian mullocracy and its henchmen, and instead returned to the failed decades-long consensus of browbeating Israel at every opportunity in order to force it to yield precious land for an elusive peace with an implacable foe.

Trump and Israeli Prime Minister Benjamin Netanyahu revealed the lie at the heart of Washington’s bipartisan professional “peace process” — namely, that broader Israeli-Arab peace was impossible without a two-state solution. The Abraham Accord definitively disproved this fatal conceit, shelving aside the “Palestinian veto” that had previously hindered Arab-Israeli rapprochement. Friends of Israel — not to mention proponents of a generally more stable, secure and prosperous Middle East that aids American interests and contains hegemonic Iranian ambitions — need to relentlessly do their best to ensure the Biden-Harris administration not forsake all that genuine progress which Trump and his Middle East team made.

For pro-Israel Jewish conservatives, the next four years could prove difficult. But they can be made a lot less so if the relevant political actors and public figures urge the right people to hold the line and steer the course.

Josh Hammer
is Newsweek opinion editor, a syndicated columnist, and a research fellow at the Edmund Burke Foundation. Follow him on Twitter @josh_hammer.
The views and opinions expressed in this article are those of the author and do not necessarily reflect the views of JTA or its parent company, 70 Faces Media.