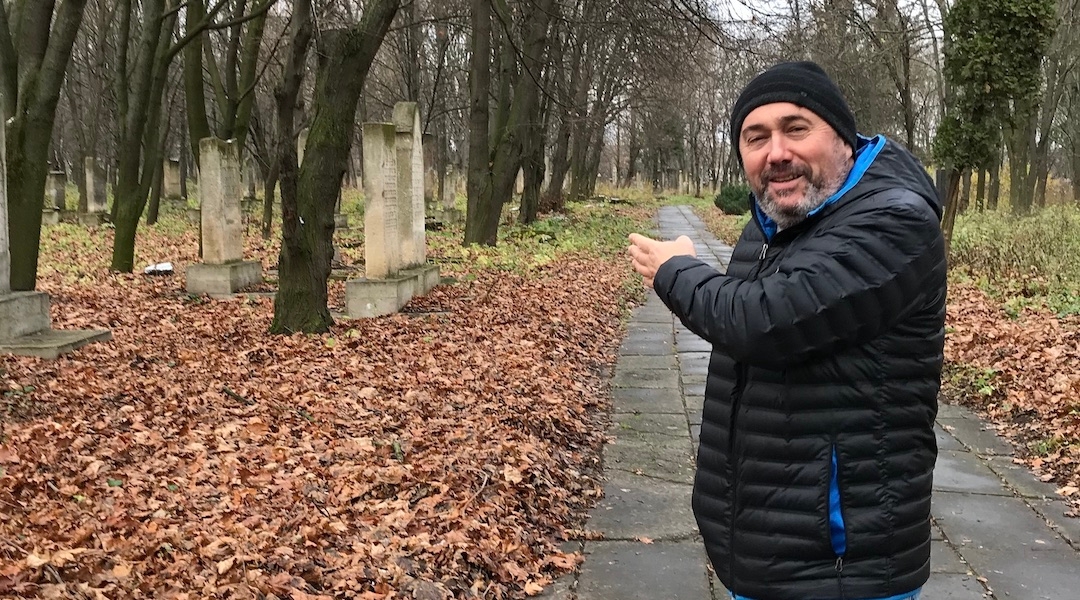 (JTA) — Five years ago, a plea to rescue a centuries-old synagogue in Ostroh, Ukraine, struck a chord with Hryhoriy Arshynov, a lifelong Jewish resident of the city four hours west of Kyiv.

Damaged during the Holocaust, the magnificent 17th-century Maharsha synagogue was used as a warehouse under Soviet rule and endured decades of neglect. With its collapsed roof, it was on the verge of ruin.

After reading an article about the synagogue, Arshynov, a civil engineer, stepped up to restore it. Arshynov had devoted years of his life to preserving Jewish cemeteries in Ukraine and he envisioned the restored prayer hall as a space for Jewish life, with exhibits that showcased Ostroh’s significant place in Ukrainian and Jewish history. Drawing in part on his own life’s savings, Arshynov had brought the project nearly to completion this fall.

But in early October, Arshynov, who is known to friends as Grisha, became ill from COVID-19. By the end of the month, he seemed to be recovering and proudly described his most recent accomplishment, restoring the base of the synagogue’s eastern facade, in a Facebook post.

Within a few days, unexpected complications from the virus claimed Arshynov’s life. His death on Nov. 1 shocked his family, colleagues and a global community whose lives he touched through the Jewish heritage preservation work he championed.

He was not yet 60 years old, according to Ukrainian Jewish Heritage, and was buried in the Ostroh Jewish cemetery, which he almost single-handedly restored.

“It is difficult to overstate the contribution Grisha made to the preservation of Jewish heritage in Ukraine – for decades he worked to ensure that Jewish historical sites in Ostroh and beyond not be allowed to fall into neglect and disrepair, and he pioneered the protection of such sites across the country,” the European Jewish Cemeteries Initiative said of its founding director.

“His passing is a great loss to Jewish heritage protection in western Ukraine and a real setback for projects we had planned with him in Rohatyn for 2021,” said Marla Raucher Osborn, who collaborated with Arshynov through her work with Rohatyn Jewish Heritage.

Arshynov was born in Ostroh into an assimilated Jewish family. He began exploring his Jewish identity in the 1980s. In addition to his leadership in the Jewish community, he served as the long time head of Ostroh’s city council.

Restoring the Maharsha synagogue stirred a deep sense of responsibility, he revealed in a short film about the project.

“And this is the last point: if not me, because my older children are in the USA and it is unlikely that they will deal with Ostroh synagogue,” he said in the film. “I am the last one who can do it. I thought that it is my last chance to make the most of my life.”