The Tell: Why some Jews are worried about Trump’s last months in power 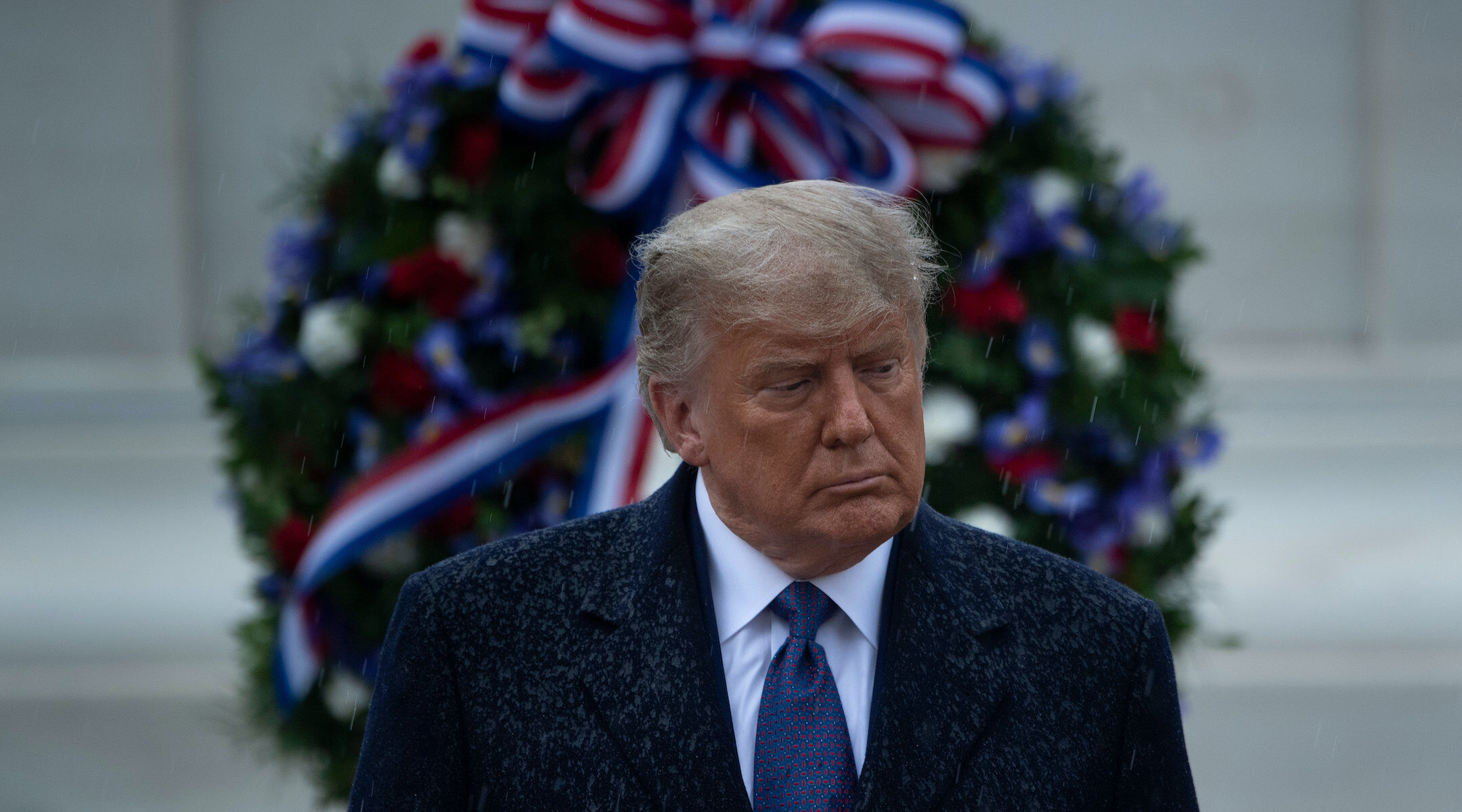 (JTA) — Just when you think the Trump era is over, it keeps rising out of the lake and coming back.

I wrote today about how Donald Trump is planning perhaps the most consequential exit from the political stage ever.

His failure so far to even acknowledge Joe Biden as the president-elect means Biden is missing out on critical national security briefings which would better prepare him for any crisis facing the next president. Mike Pompeo, the secretary of state, and David Friedman, the ambassador to Israel, are meanwhile setting precedents by effectively recognizing West Bank settlements as part of Israel.

I learned a new term: The “sticky” executive action. A president’s orders or rules, made separately from Congress, are theoretically undoable by her successor; but there are ways to make them “sticky” or hard to reverse. Melanie Nezer, a vice president at HIAS, the lead Jewish immigration advocacy group, tells me it may take months or years to reverse the strictures on immigration put in place by Trump’s advisor, Stephen Miller.

Mark Dubowitz, the CEO at the Foundation for Defense of Democracies, explains how imposing sanctions on Iran that are designed to exact a political price for retracting ensures they will stick.

One area I didn’t include is not an executive action: Naming new federal judges requires the assent of a Senate, which is also entering a lame-duck period, and its majority in the next Congress is not yet resolved. An official in a Jewish social justice group tells me that Trump is expected to name — and Senate majority leader Mitch McConnell push through — as many as 60 federal judges before the end of his term.

What Biden will change: What happened since we last spoke… oh yes, we have a president-elect! We run down how Biden could change course on issues of importance to Jews.

The politics become personal: Parents at a D.C. Jewish day school told us that tensions over the failure to abide by COVID protocols preceded Jared Kushner and Ivanka Trump’s withdrawing their children.

The Warnock wars: My colleague Gabe Friedman dives into what some Jewish voters love and others revile in the record of Rev. Raphael Warnock, a Democrat in a runoff for one of Georgia’s U.S. Senate seats.

Mort With Attitude: Rapper Ice Cube, once known for his Louis Farrakhan associations, has befriended Mort Klein of the Zionist Organization of America, is appearing at the ZOA’s (virtual) annual gala. Shira Hanau has the lowdown.

Leyn with Klain: President-elect Joe Biden’s old/new chief of staff, Ron Klain, had to learn two Torah portions for his bar mitzvah. My colleague Gabe Friedman explains why and tells us more about Klain.

Loud noise: A Proud Boys leader says he wants the group to come out as anti-Semitic. My colleague Ben Sales has the story.

Ferkakte vote: My colleague Shira Hanau reviews social messaging among the Orthodox that amplifies false claims that the presidential vote was rigged. 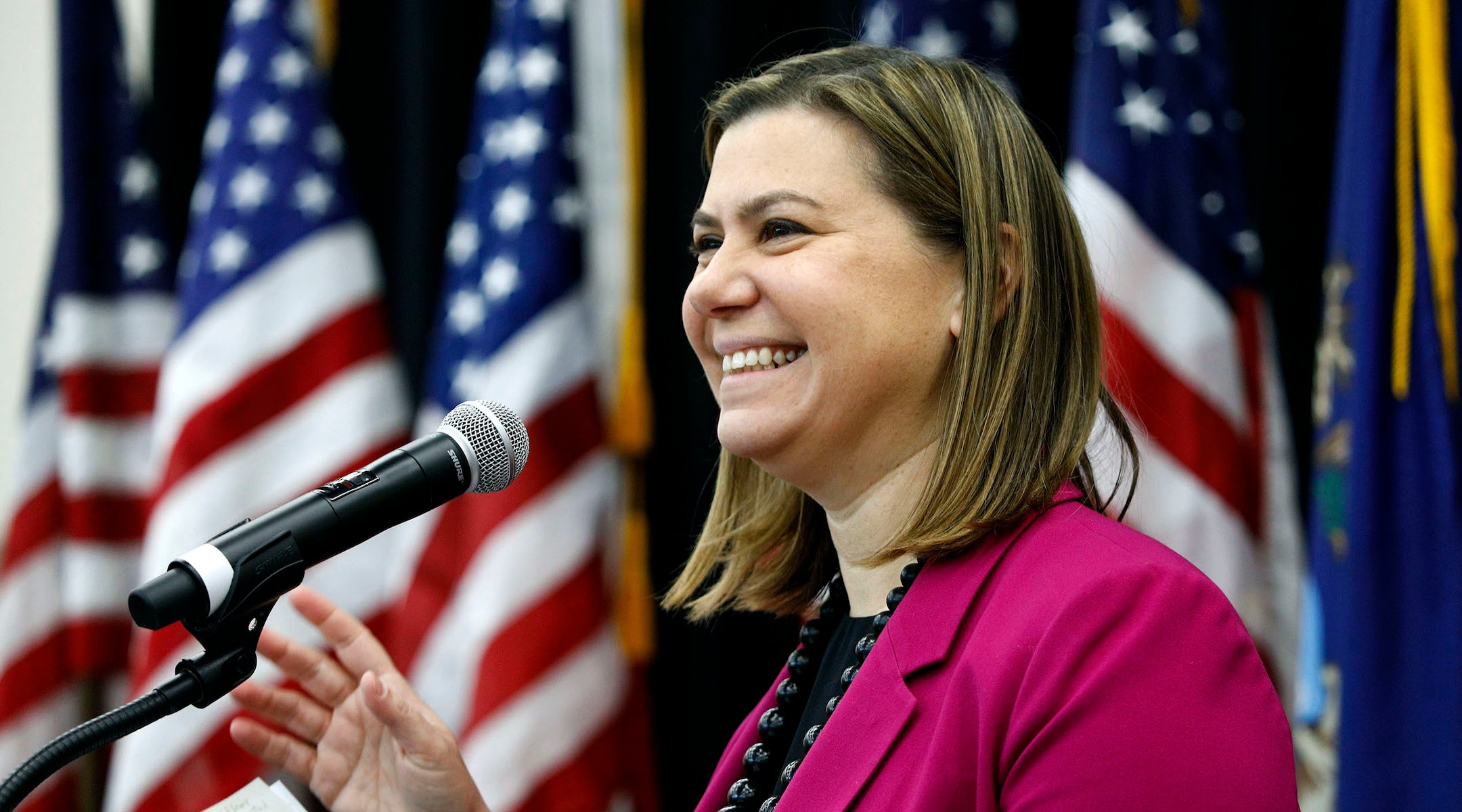 At Politico, Tim Alberta has written what amounts to a book-length examination of Elissa Slotkin’s hard-won victory to return to Congress in a Michigan District that went for Trump. In the final chapter, Slotkin tells Alberta it would be a “shanda” for the Democrats to allow internal divisions to spoil Biden’s win. 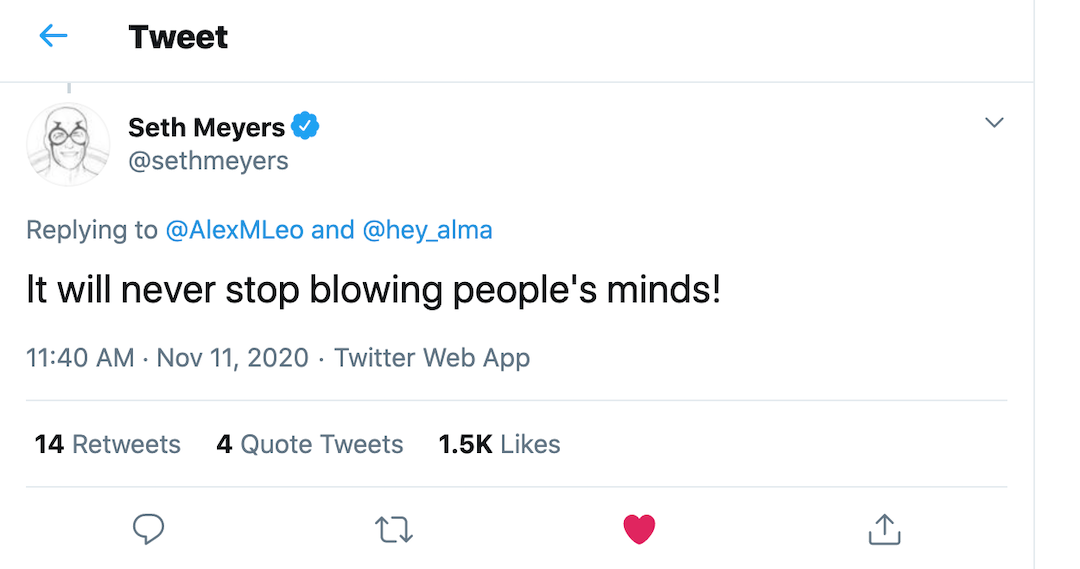 Our sister publication, Alma, asked “What’s something that ISN’T Jewish but FEELS Jewish to you?” Alex Leo, a media consultant, replied with Seth Meyers, the late-night host who is married to someone Jewish, but, despite his last name (and to be honest his first) and his humor, and his timing, is not himself Jewish. Meyers replied that this was not an uncommon reaction.