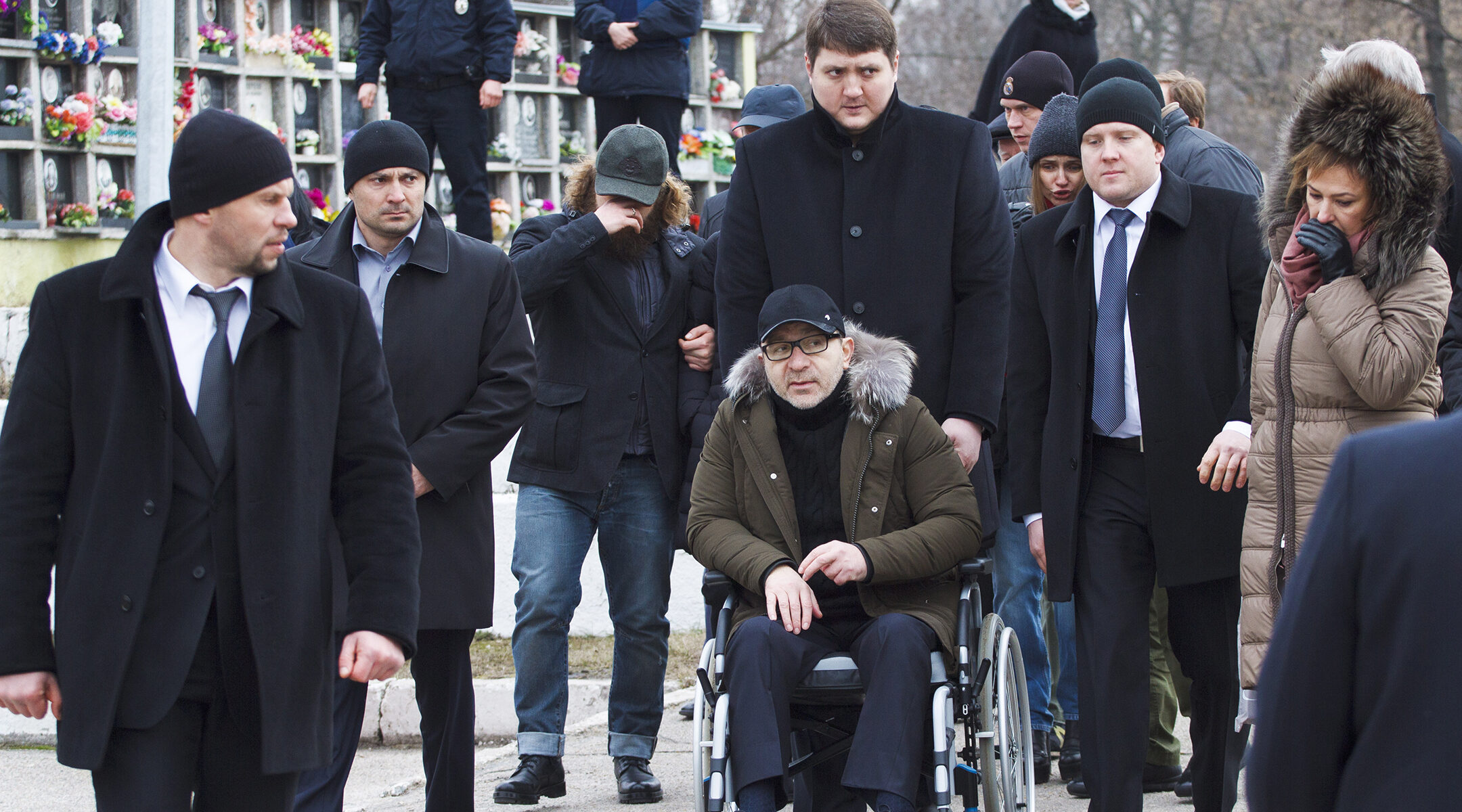 Gennady Kernes, in a wheelchair, attends the funeral of his associate and close friend, businessman Yuri Diment, at the Jewish cemetery of Kharkiv, Ukraine, Feb. 26, 2016. (Konstantin Cherginsky/TASS via Getty Images)
Advertisement

(JTA) — Gennady Kernes, a beloved Ukrainian-Jewish mayor who once narrowly survived a gunman’s attempt on his life, has died of the COVID-19 virus in Germany. He was 61.

Kernes, who had served as the mayor of the city of Kharkiv since 2010, died Wednesday in Germany, where he had been comatose in a hospital for several weeks following his contraction of COVID in September, the news site RBC reported.

The athletically-built lover of fitness and the outdoors was hiking near his native Kharkiv in 2014 when a sniper shot him in the back with a rifle. Several of his vital organs were seriously damaged and he was flown for treatment in Israel. Since the incident he had been a wheelchair user, and authorities never caught the shooter.

Kernes used his charisma, wealth and energy to remain a popular politician in circumstances that stunted or ended or the careers of many of his counterparts. He won 65% of the vote in the Kharkiv mayoral race in 2015 despite the fact that he had for years been loyal to Ukraine’s disgraced former president Viktor Yanukovych.

Yanukovych was deposed in a 2014 bloody revolution and widely regarded since as a corrupt politician and stooge of Russia, the country Yanukovych fled to after his ouster. Many of Yanukovych’s allies were similarly swept from power.

But after the revolution, Kernes denounced Yanukovych’s perceived excesses, stating that he had been a “prisoner of Yanukovych’s system.” Kernes was able to win easily a second term, despite even the controversial 25% raise in pay he gave himself in 2014, when Ukraine’s economy was crashing. Residents credited him with a massive overhaul of infrastructure in Kharkiv, a chaotic post-communist metropolis of 1.5 million people.

Kernes — who has said that he is proud to be Jewish, despite being nonobservant and married to a non-Jewish woman — tried unsuccessfully to run for a seat in Ukraine’s national parliament.

He had three children, including the son of his third wife, Oksana.