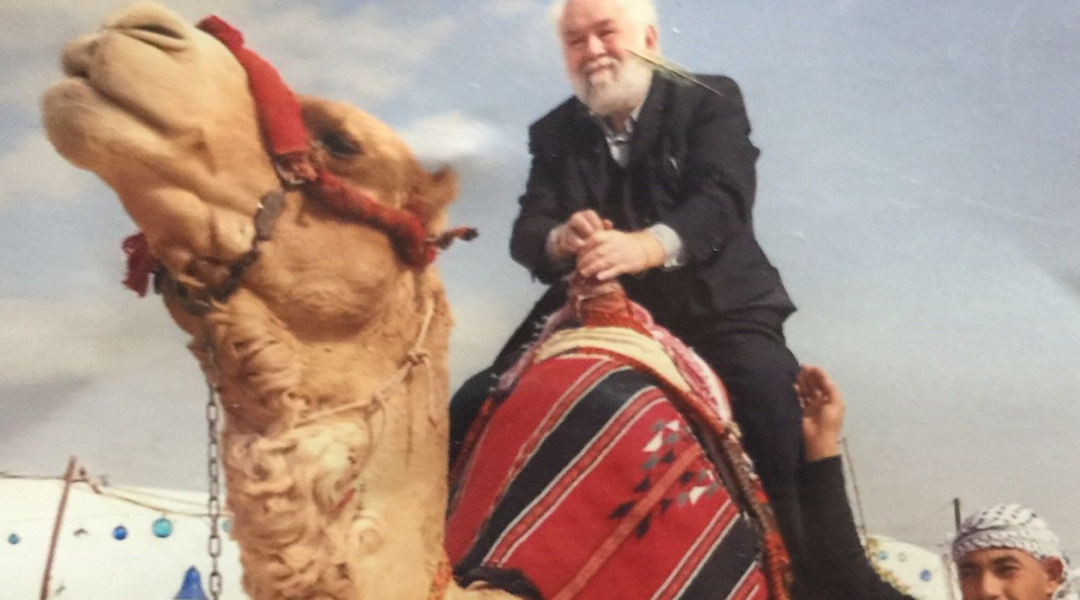 Avraham MacConnell on a trip to Israel in 2001. (Courtesy of Edward MacConnell)
Advertisement

(Jewish Exponent via JTA) — Avraham MacConnell served in the Vietnam War from 1967 to 1969 and became a Philadelphia police officer when he returned from military service. He worked as a detective in the sex crimes unit of the Juvenile Aid Division and received a commendation for going undercover to expose a youth detention center abuse ring.

He converted from Protestantism to Judaism in 1982 and retired from the police force to become a financial analyst in 1987.

His son, Edward, said he enjoyed working with people and cultivated strong relationships with his clients.

“He cared about people a lot,” he said. “Even when he stopped talking regularly to them, he would reach out to them. He was very personable and outgoing and friendly. He loved talking to people, and he loved hearing their stories.”

MacConnell lived an active lifestyle and enjoyed skiing and golf before a stroke in 2012 limited his mobility.

“He liked to help anyone he could,” she said.

MacConnell became ill with coronavirus while staying at Leisure Chateau Rehabilitation in Lakewood, New Jersey, and died at Thomas Jefferson University Hospital. He had lived at Lakewood Courtyard, an assisted living facility.

“Everybody there really liked him,” Edward MacConnell said. “Even after he passed, I got calls from the staff saying how much they liked working with him.”

MacConnell died of complications from COVID-19 on May 11. He was 72.

He visited Israel many times and wanted to be buried there. His son arranged for the safe transport of his remains to the Eretz HaChaim cemetery in Jerusalem.