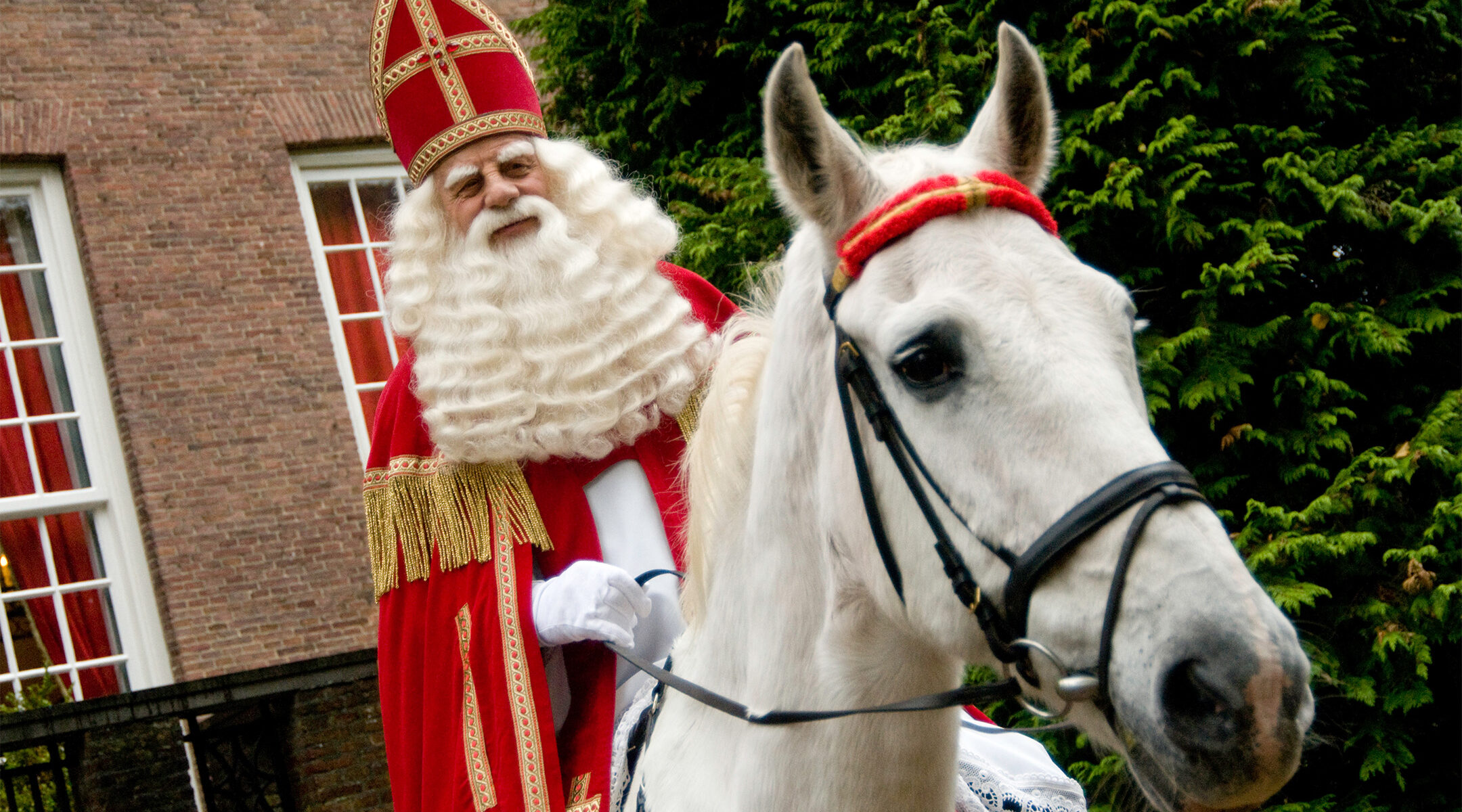 (JTA) — Bram van der Vlugt was both a Holocaust survivor and the face of Christmas in his native Netherlands.

From 1986 to 2000, van der Vlugt portrayed Santa Claus in broadcasts of a Dutch holiday tradition known as “The National Arrival of Sinterklaas.” In late November every year, viewers across the country would tune in to watch van der Vlugt, an acclaimed actor, step from a boat onto Dutch shores to kick off the year’s Christmas celebrations.

It was perhaps a surprising role for a Jew whose mother was murdered by the Nazis. But van der Vlugt was well known among Dutch audiences, who followed his exploits as Victor Brouwer, a physician who fights for his innocence in court after euthanizing some of his patients, on the 1990s hit hospital drama “Medical Center West.”

His 60 years in the spotlight included many prominent roles, and in 2000 he won the Louis d’Or, the top annual award for Dutch stage actors. 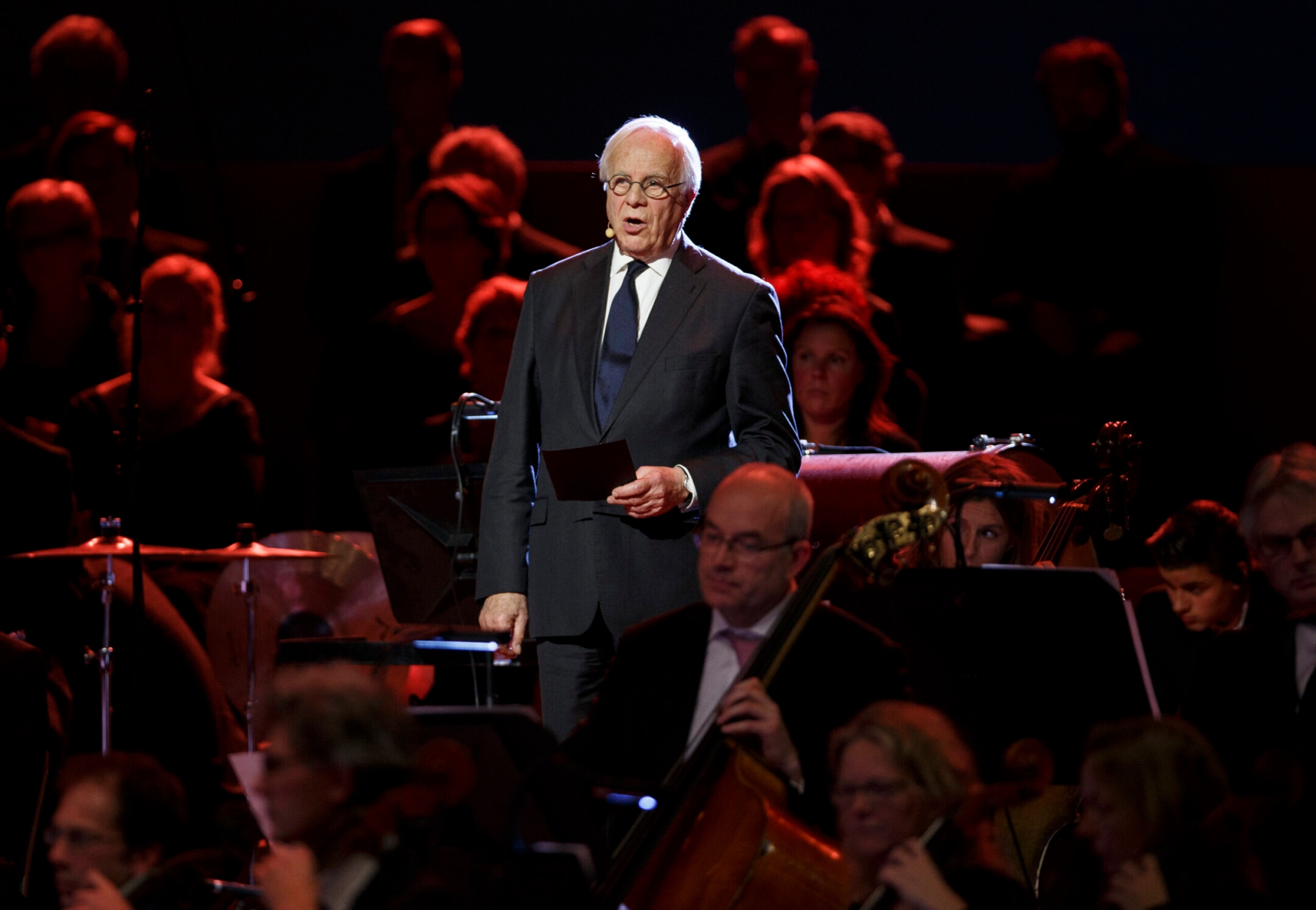 But of all his roles, none endeared him more to the public than his annual portrayal on the NPO public broadcaster of Sinterklaas, the Dutch Santa Claus.

“It’s a cliché but he was the quintessential Sinterklaas to the degree that he could portray him on the radio, as well. His voice was enough,” Erik van Muiswinkel, who had portrayed Black Pete alongside van der Vlugt, told the NOS broadcaster Saturday. “He could flick that Sinterklaas switch in no time.”

Each year, a different Dutch municipality is selected as the arrival point for the saint, who according to local legend comes from Spain with his helpers, the Black Petes, in late November to hand out gifts to good children and sacks of coals to the bad ones on St. Nicholas Day, Dec. 6. A large cast, complete with a steamboat and horse-drawn carriages, acts out the arrival before thousands of real-life spectators and millions of television ones.

The NPO Youth Journal, which before the onset of cable television had a near monopoly on that viewership and enjoys significant popularity even today, has daily news-style reports about the preparations for the holiday, which are filmed on a dedicated set known as Sinterklaas HQ. Mayors from across the Netherlands arrive on the set accompanied by children and bearing special treats for Sinterklaas from their city.

(The spectacular dramatizes a national tradition that some say is racist. An exhibit this year in Amsterdam’s Jewish Museum shows that the 19th-century artist who popularized the Black Pete character published anti-Semitic cartoons as well. The acrimonious debate has resulted at times in violence.)

Van der Vlugt excelled at being Sinterklaas because he was “just an incredible actor,” van Muiswinkel said. “He could make a 2-year-old child feel at ease, sit down a 4-year-old girl on the horse with him and at the same time keep up with Paul de Leeuw,” a witty and bubbly talk show host who has been known to fling good-natured barbs at his guests.

Van der Vlugt’s own childhood was no fairy tale. Born in 1934 and given the name Abraham, he was weeks shy of his sixth birthday when the Nazis invaded the Netherlands, putting his own family in jeopardy because his mother was Jewish.

“I saw my mother for the last time when I was 9,” he said in an interview in 2018 for NPO’s television show titled “Full Halls,” where he spoke publicly for the first time about her murder by the Nazis. It was August 1943, and van der Vlugt was staying at a friend’s house for several days. When he returned, his mother had already been arrested, turned in by a forger who had made a false “Aryan” identity card for her.

Van der Vlugt and his brother survived the Holocaust because their father was not Jewish, a fact that in the Netherlands saved the lives of many people with only one Jewish parent. He said he had imagined his mother’s return for many years.

“We thought she’d come back. For years after the war I had always hoped to run into her, I would look around for her. Maybe the Russians liberated her. And she had amnesia, and I’d get to take her home,” he recalled.

“I never really mourned my mother. Because I never knew that she was dead,” he added.

Soon after his mother’s murder, Allied planes bombed van der Vlugt’s home when the family was in it. They survived unscathed but remained homeless for years, staying with relatives.

Van der Vlugt said he knew little about his mother beyond what he learned from the death certificate that his father received before he remarried in 1948.

“And it’s the last thing I found interesting because something terrible had happened to my mother,” he said, his voice cracking with emotion.

Van der Vlugt’s inclination to avoid talking about his mother as a child proved profitable for him as a young actor.

“In theater school and in the theater business, I very much did not want to be known as the actor whose mother was murdered by the Germans,” he told “Full Halls,” adding that he didn’t want to be set apart by that fact at a time when “it wasn’t accepted to speak about what happened in the Holocaust.

But two years ago, van der Vlugt created a musical act, together with his five children, telling his mother’s life story.

It was the end result of a process that he began in 1983, when van der Vlugt finally began researching his family history.