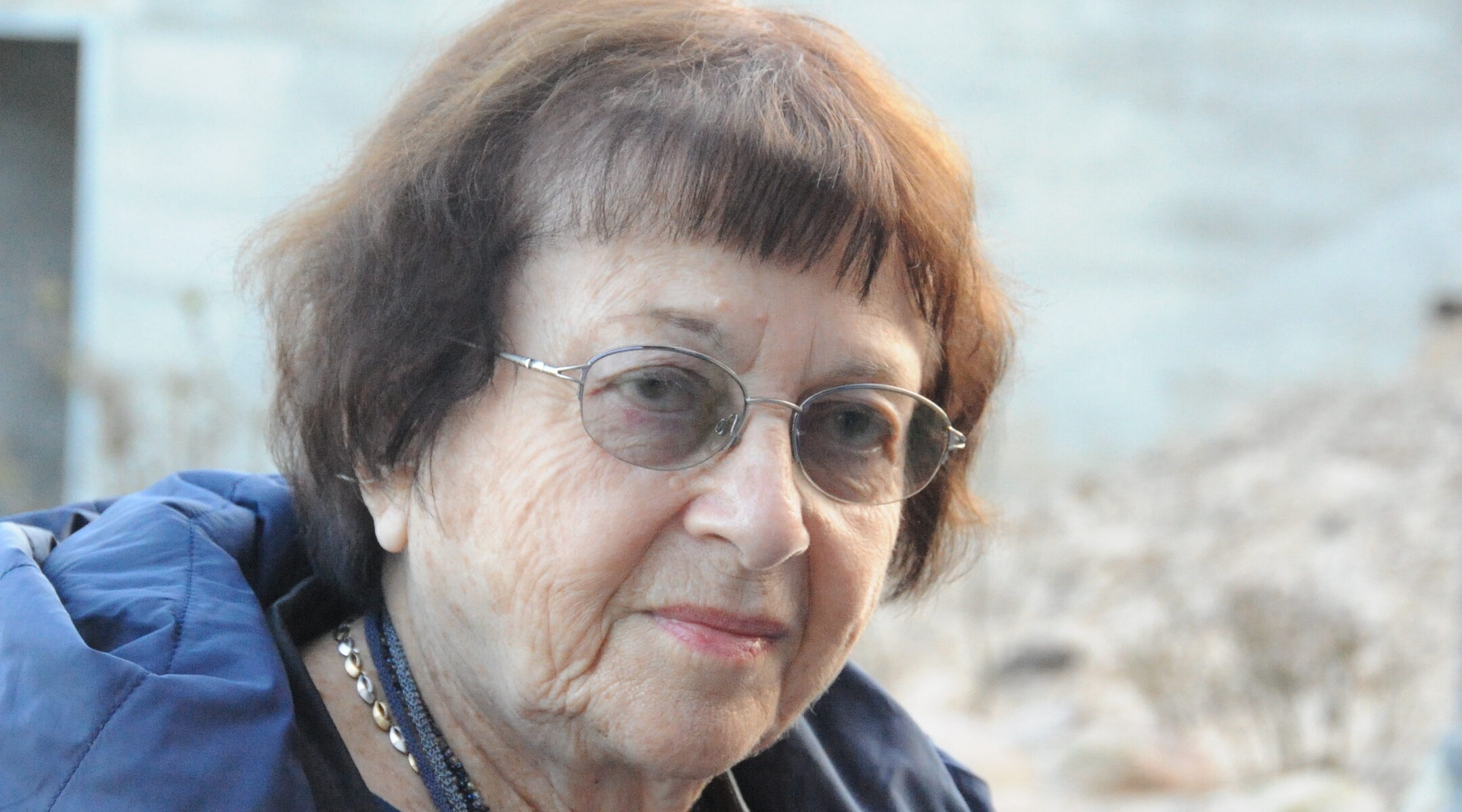 (JTA) — Even in the most challenging circumstances, Irena Veisaite never missed a chance to foster tolerance and understanding.

One of the few Jews to survive the Holocaust in Lithuania, Veisaite’s passion for reconciliation helped defuse a tense moment during an exchange between Poles and Lithuanians at the White Synagogue in Sejny, a Polish town on the border between the two countries that share a long history scarred by tragedy.

In the early 1990s, a group of Poles and Lithuanians gathered at the synagogue for a dialogue organized by the Borderland Foundation, a Sejny-based nonprofit that works to promote intercultural understanding. When a young Polish man lashed out against Lithuanians, Veisaite successfully appealed to the Lithuanians not to walk out. By the end of the heated, two-hour discussion that followed, the young Pole had apologized and the two sides had reconciled.

“We always remember the image of Irena at the end of this conversation, warmly embracing the boy who received a lesson for life and was ashamed of his hatred. Others felt ashamed that they just wanted to turn their backs on him,” Krzysztof Czyzewski, the co-founder and director of the foundation, wrote in an email.

Veisaite, who against the odds became a scholar of literature, theater, and the Holocaust, as well as a human rights activist, died on Dec. 11 of COVID-19, her family told the Lithuanian media outlet LRT News. She was 92.

Born in the Lithuanian city of Kaunas in 1928, Veisaite grew up in a secular Jewish family and was a teenager when the Soviets occupied the Baltic states. When the Nazis arrived, they forced her family to live in the Kaunas ghetto. After her mother was murdered by the Nazis, Versaite was smuggled out of the ghetto and lived with two Christian families who were friends of her parents.

After the war, Veisaite pursued her love of German literature. For some 50 years, she taught at the Vilnius Pedagogical University and published more than 200 articles.

“Irena’s greatest courage was to remain in Lithuania after the Holocaust as a witness of tragic historical events, who would not agree to lying about them, but was also critical of those whose trauma of their own suffering made them insensitive to the suffering of others,” Czyzewski said. “She had the courage to only be on the side of truth and forgiveness.”

Beginning in 1990, when Lithuania gained its independence, Veisaite devoted herself to promoting human rights. She was one of the founders and chief executive of the Lithuanian Open Society Fund, part of a network of organizations supported by American philanthropist George Soros.

Her death was a great loss to Lithuania’s Jews, according to Faina Kukliansky, chairwoman of the Lithuanian Jewish Community. Through her work, she inspired the Jewish community to “greater goodness and better mutual understanding,” according to a tribute published on the community’s website.

“Despite all these hardships … she remained very much a person of goodwill,” Kukliansky wrote.

Veisaite was married to Grigori Kromanov, an acclaimed Estonian filmmaker who died in 1984.

Veisaite was recognized with numerous awards, including the 2012 Goethe Medal for her contribution to reconciliation with Germany. Last year, she received the Borderlander prize at a ceremony marking the foundation’s publication of a Polish-language edition of her book, “Life Should Be Transparent.”