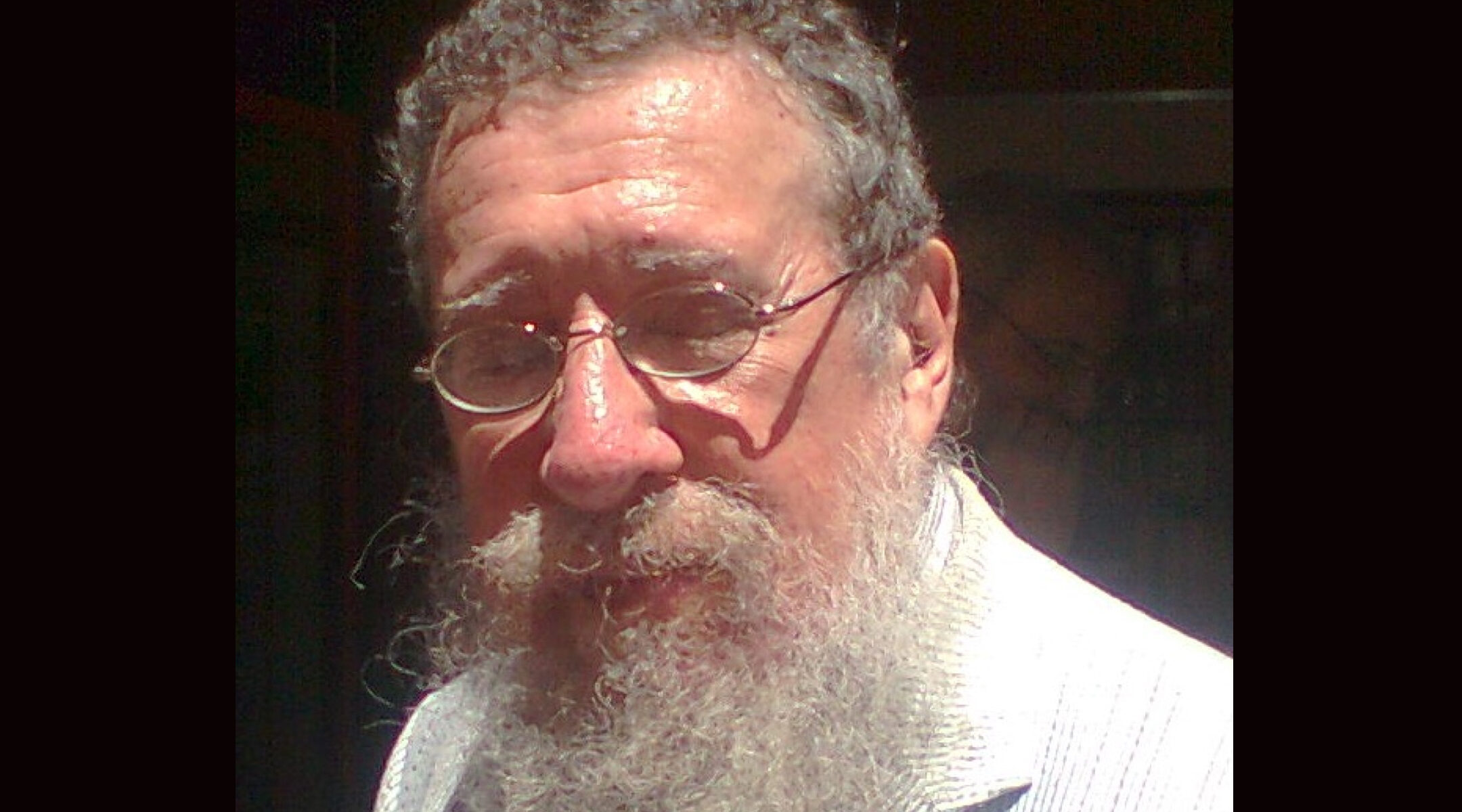 BUENOS AIRES (JTA) — In April, as much of the world introduced limits on movement and commerce in an effort to halt the spread of the coronavirus, Argentinean political theorist Carlos Escude waged a one-man protest outside his home in Buenos Aires.

In a video that the newspaper Perfil described as “bizarre,” Escude can be seen on the sidewalk in a mask, a cane hanging over his arm as he bangs on a kitchen pan and inveighs against a city plan to require anyone over 70 to get a permit before they could walk the street. (The city eventually backed away from the plan.) Escude hung a sign around his neck identifying him as a 71-year-old.

On his Facebook page, Escude compared the plan to Nazi curfews on Jews confined to ghettos. “I prefer a death from coronavirus rather than a life protected by [Buenos Aires Mayor Horacio Rodríguez] Larreta,” he wrote.

On New Year’s Day, Escude succumbed to COVID-19 after a two-month battle against the illness. He was 72.

Born into a Catholic family in Buenos Aires in 1948, Escude earned a degree in sociology from the Universidad Catolica Argentina in 1973 and went on to study at Yale on a Fulbright Fellowship, where he earned a doctorate in political science in 2003. That same year, Trent University in Canada declared him “likely the most distinguished political theorist in Latin America.”

As a foreign policy advisor to the Argentinean government in the early 1990s, Escude developed the doctrine of peripheral realism, which dictated that weaker states like Argentina ought not seek significant autonomy from global superpowers.

In late 2008, Escude converted to Judaism through the Latin American Rabbinical Seminary, an affiliate of the American Conservative movement. Escude discussed his conversion extensively in television appearances and in his writings. He also posted his conversion certificate on his website as well as a note from a local plastic surgeon and mohel, or ritual circumciser, attesting that he had undergone circumcision, as required of men wishing to convert. Escude adopted the Hebrew name Najman ben Abraham Avinu in honor of Nahmanides, the 13th century Catalan scholar.

Escude explained that he was motivated in part to make symbolic compensation for the “ancestors of all Spaniards and descendants of current Spaniards, who were forced to convert to Christianity under penalty of exile or the stake.” He also wrote that the 2001 economic crisis was a spiritual turning point, declaring that the anguish of the situation led him “to think about my God.”

“These spiritual upheavals were a major driver for seeking refuge in a formal religion,” he wrote in an essay collection entitled “Why I’m Jewish.”

Escude was buried on Sunday in a family vault at a non-Jewish cemetery in Recoleta, a suburb of Buenos Aires.