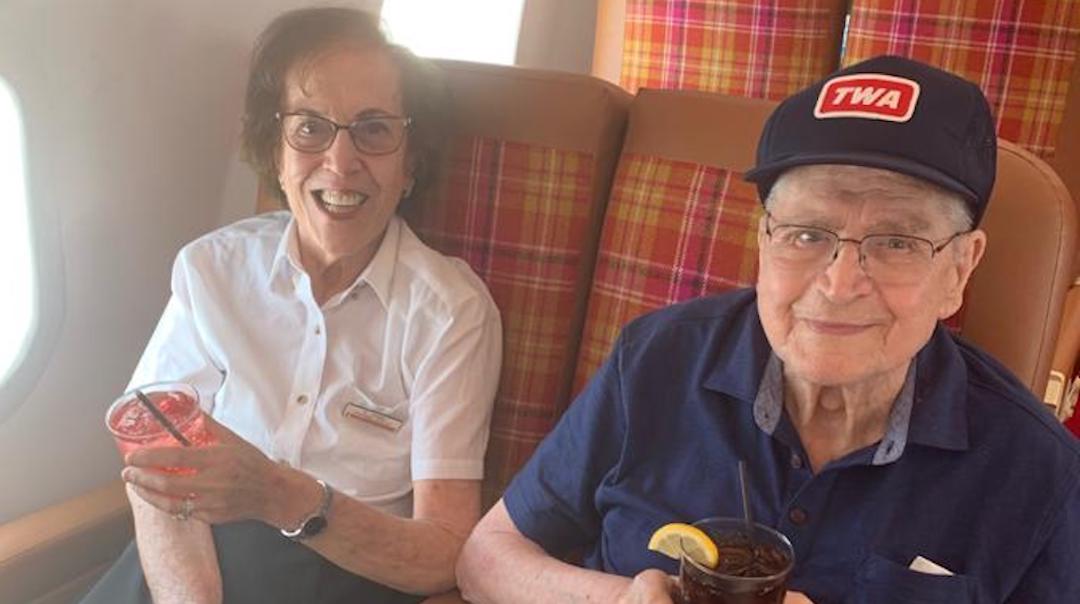 Marvin and Zippora Hyman died of COVID-19 within a day of each other in March, 2020. (Courtesy photo)
Advertisement

(JTA) — Marvin and Zippora Hyman were married for nearly half a century and as inseparable in life as they were in death.

The couple died of COVID-19 within 24 hours of each other. Marvin died on March 29 at 92. Zippora died the following day at 75.

A retired airplane mechanic, Marvin came down with a fever in late March. Zippora, a former travel agent who worked for the now-defunct airline TWA, got one several days later. While Marvin was cared for at home by his daughter, Dana Stern, Zippora went to the hospital, which is where she received a telephone call informing her that Marvin had died.

The next day, while pulling into her driveway after attending her father’s funeral, Dana received a phone call of her own notifying her that her mother had died as well.

One of four children, Marvin Hyman was born in Brooklyn in 1927 and raised in the Bronx. His Depression-era childhood was difficult, full of financial struggles and the pain of losing his own father at age 14.

A great lover of airplanes, Marvin attended New York’s Aviation High School, where he learned the skills which would enable a lifelong career as an aircraft mechanic. Drafted into the military during the Korean War, he served his time in uniform stateside and after being discharged went to work as a helicopter mechanic for New York Airways.

In 1969, during a visit to Israel, Marvin met 25-year old Zippora, an Australian immigrant from Melbourne who had made aliyah several years before. The couple corresponded after Marvin returned to New York. They eventually married and settled on Long Island.

Zippora “loved travel and once she was with my dad, who loved airplanes, that really became their life,” Dana recalled. “Everything in our house was TWA.”

Marvin could often be found in the basement building model airplanes. Zippora spent much of her non-working time in the kitchen, trying recipes from her hundreds of cookbooks and planning her next get-together. She was, Dana recalled, “a friendly and social baker who would just take you off the street and offer you lunch.”

While not traditionally religious, Marvin insisted on providing his children with a Jewish education, enrolling them in a Modern Orthodox day school. Despite persistent money troubles, he defended his decision, telling his daughter that he wanted a school where she could learn “to be a good Jewish girl.”

“He had a very strong connection to the morality of Judaism [and] the history,” Dana said. “[He] would say to me that no matter how hard you try to forget that you’re Jewish, there will always be someone to remind you.”