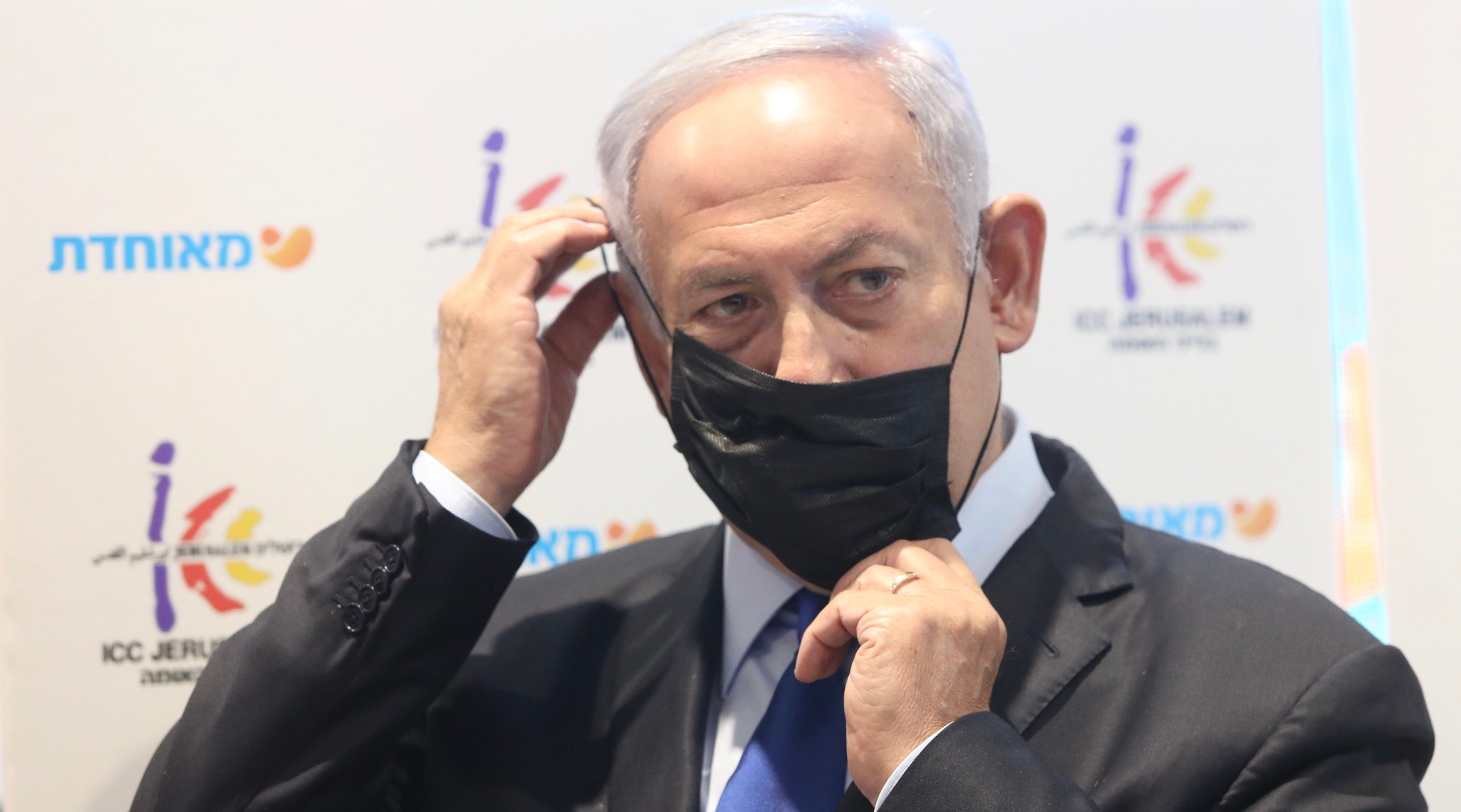 (JTA) — In about two months, Israelis will vote in a national election.

Seem familiar? It is.

Israel will be holding its fourth election in just two years — the latest sign that in a country known for volatile politics, the government is more unstable than ever.

Like the past several votes, this one is mainly a referendum on Prime Minister Benjamin Netanyahu, who has been in power for more than a decade. But unlike in the previous elections, most of Netanyahu’s chief rivals this time are on the political right, too. The two top performers in polls behind his Likud party are former close allies.

This is the first Israeli election amid a spiking COVID-19 pandemic. The most recent vote, in March, took place as cases had only begun to rise in Israel and worldwide. This one comes after a year of sickness, death, lockdowns and economic crisis — but also as Israel is racing to vaccinate a large portion of its population.

Why is Israel having another election? Will Netanyahu win again? Who’s running against him? And how might COVID-19 factor in? Here’s what you need to know.

Why Israel is voting again: The “unity government” wasn’t actually that unified

Across three separate elections, from April 2019 to the one in March, the conservative Netanyahu and Likud ran neck and neck with a centrist party led by Benny Gantz, an-ex general whose main campaign promise was to unseat the prime minister. Gantz nearly succeeded.

But the system in Israel requires prime ministers to assemble a majority coalition from the mosaic of parties in its parliament, the Knesset, and neither candidate could get it done. The unclear outcome kept triggering new rounds of voting with similar results — and similar deadlock.

Last year, facing the prospect of a fourth election with no end in sight, and COVID-19 cases rising, Gantz reneged on his promise and agreed to unite with Netanyahu so that the government could confront the pandemic in earnest. According to an agreement signed by both men, Gantz was supposed to take over the prime minister role from Netanyahu late this year.

But none of that happened. The “unity government,” comprised of parties that distrusted each other, bickered as COVID cases spiked to record highs. This year, Netanyahu stymied the passage of a government budget, which triggered another round of elections and brough the dysfunctional attempt at cooperation to a close.

Could Netanyahu lose this time?

Netanyahu’s main pitch has been that he’s an able steward of Israel in a tough neighborhood. Until the pandemic, Israel’s economy was performing well, even as inequality and rising housing prices remained festering issues.

While many international observers criticized Netanyahu’s offensives in Gaza and his treatment of West Bank Palestinians, his right-wing base believes that he’s been able to hold the line against pressures to end Israel’s West Bank occupation and been an articulate advocate for Israel on the world stage. The recent normalization agreements Israel signed with nearby Arab countries could serve to bolster that image.

But Netanyahu has been on trial for corruption since last year — a first for any serving Israeli prime minister — and has faced street protests outside his home calling on him to resign. Israelis have also chafed at rising COVID numbers and a struggling economy.

In the past, Netanyahu has beaten back criticism by demonizing what he calls the Israeli “left,” even when his opponents, like Gantz, aren’t all that left wing. And this time, his main opponents have actually been to his right on policy.

Two opponents with the strongest polling numbers now are former Netanyahu aides who broke away and started their own parties. Naftali Bennett, a religious Zionist politician and former Netanyahu chief of staff, could receive the second- or third-most seats in the next Knesset behind Likud. Gideon Saar, once a top Likud lawmaker, just formed a new party called New Hope and also could finish second or third.

If Bennett and Saar unite with other right-wing and centrist parties, they could cobble together a majority. And Netanyahu will have a hard time branding them as “leftists.”

The Zionist left has all but disappeared

Wondering where Israel’s left-wing parties are? You won’t find much. For its first three decades, Israel was governed by the socialist Labor Party. For most of the following three decades or so, Labor and Likud were the two largest parties.

Since the collapse of the Israeli-Palestinian peace process in 2001, the Israeli left has shriveled. Amazingly, Labor may not even get enough votes to be represented in the Knesset, an ignominious end for a former powerhouse. Gantz’s centrist Blue and White party also is expected to plummet after his attempt at governance sputtered and party members abandoned him.

Netanyahu’s biggest opponent not on the right is Yesh Atid, a centrist faction that was allied with Gantz until Gantz joined with Netanyahu. Yesh Atid’s leader, Yair Lapid, has become more assertively critical of the prime minister. But the party is not commanding enough support in polls to have a realistic shot at leading the next government.

Meretz, a staunchly left-wing party with a small but dedicated base, is projected to win a handful of seats. So is a new party launched by Ron Huldai, the longtime mayor of the liberal city of Tel Aviv.

The largest party on the Israeli left is likely to be the Joint List, a unified Arab-Israeli grouping that has been among the leading vote-getters over the past several years. Outspoken in favor of Palestinian rights and opposed to Netanyahu, the Joint List may emerge as the loudest opposition voice in the next Knesset, whoever wins the election.

COVID-19 could sink Netanyahu’s chances — or save them

Just like in every other country, the pandemic is an urgent issue confronting Israel. The nation’s record — and thus Netanyahu’s — is decidedly mixed. Israel performed well in the early months, keeping COVID-19 numbers low with a strict lockdown, but then let up and saw cases skyrocket.

Now, after a few subsequent lockdowns, Israel is facing competing trends: It’s getting vaccines to its population faster than any other country, but again has one of the world’s highest infection rates.

The question is which of those trends will compel more voters. If Israel can manage to secure more doses, and get shots in more of its voters’ arms, those voters may reward Netanyahu as the guy they can trust (again) with their lives.

But if the vaccine rush slows while case numbers continue to soar, Israelis may look at their country, getting sicker as the economy continues to struggle, and conclude that after so many years, it’s time for a changing of the guard.