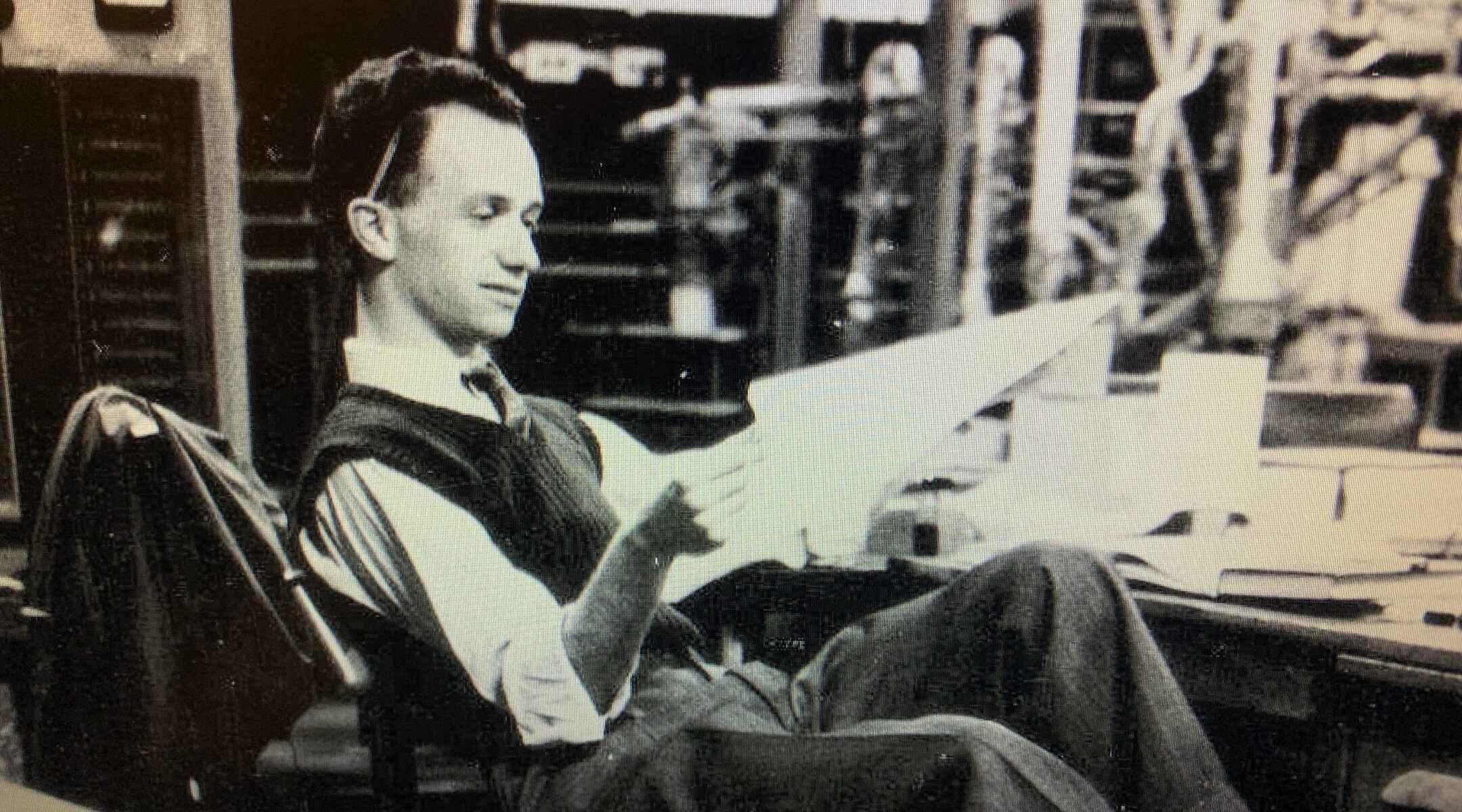 Italo Servi at the Massachusetts Institute of Technology in 1948. (Courtesy of Ron Servi)
Advertisement

(JTA) — When Italo Servi donated an amulet that had been in his family for two centuries to Boston’s Museum of Fine Arts five years ago, his children had no idea the object even existed.

Servi received the amulet from his mother during a visit home in 1949 while studying at the Massachusetts Institute of Technology. Following Italian Jewish tradition, the silver amulet containing parchment inscribed with a prayer that was passed down in Servi’s family for generations, was hung over a baby’s crib to protect the newborn from illness.

Back in Boston, Servi put the amulet away for safekeeping, where it remained for decades, as he married, raised a family and pursued a career as a metallurgist. No one in the family knew anything about it until Servi gifted it to the MFA in 2016.

“He was guarded about the things he did and didn’t talk about. I never realized until 10 or 20 years ago the impact of the events of his life had on his personality and upbringing,” said his son, Ron Servi.

Servi, who died on Jan. 2 due to complications from COVID-19 at the age of 98, was born in Gallarate, Italy in 1922. His family had deep roots in Pitigliano, a town in central Italy known as “little Jerusalem” due to its well-established Jewish presence. Servi celebrated his bar mitzvah in 1936 in Pitgliano’s historic synagogue, which was built in 1598.

In 1938, after Italy passed a set of restrictive racial laws aimed largely at the country’s Jewish community, Servi’s family fled — first to Milan and later to Recanati, where they escaped deportation to Nazi death camps. Servi and his family maintained lifelong contact with the Italians who helped him.

While studying at MIT, he met his wife, Caroline, at Harvard Hillel. They were married for 63 years until her death in 2014. The couple were among the early founders of Temple Isaiah, a Reform synagogue in Lexington, Massachusetts.

When his children were young, Servi did not discuss the hardships of his family’s wartime experience. He wanted them to assimilate and grow up as normal New Englanders, his sons said.

“He was quiet. He was not flashy. He was accomplished. He was honest,” his granddaughter Amelia said in a eulogy.