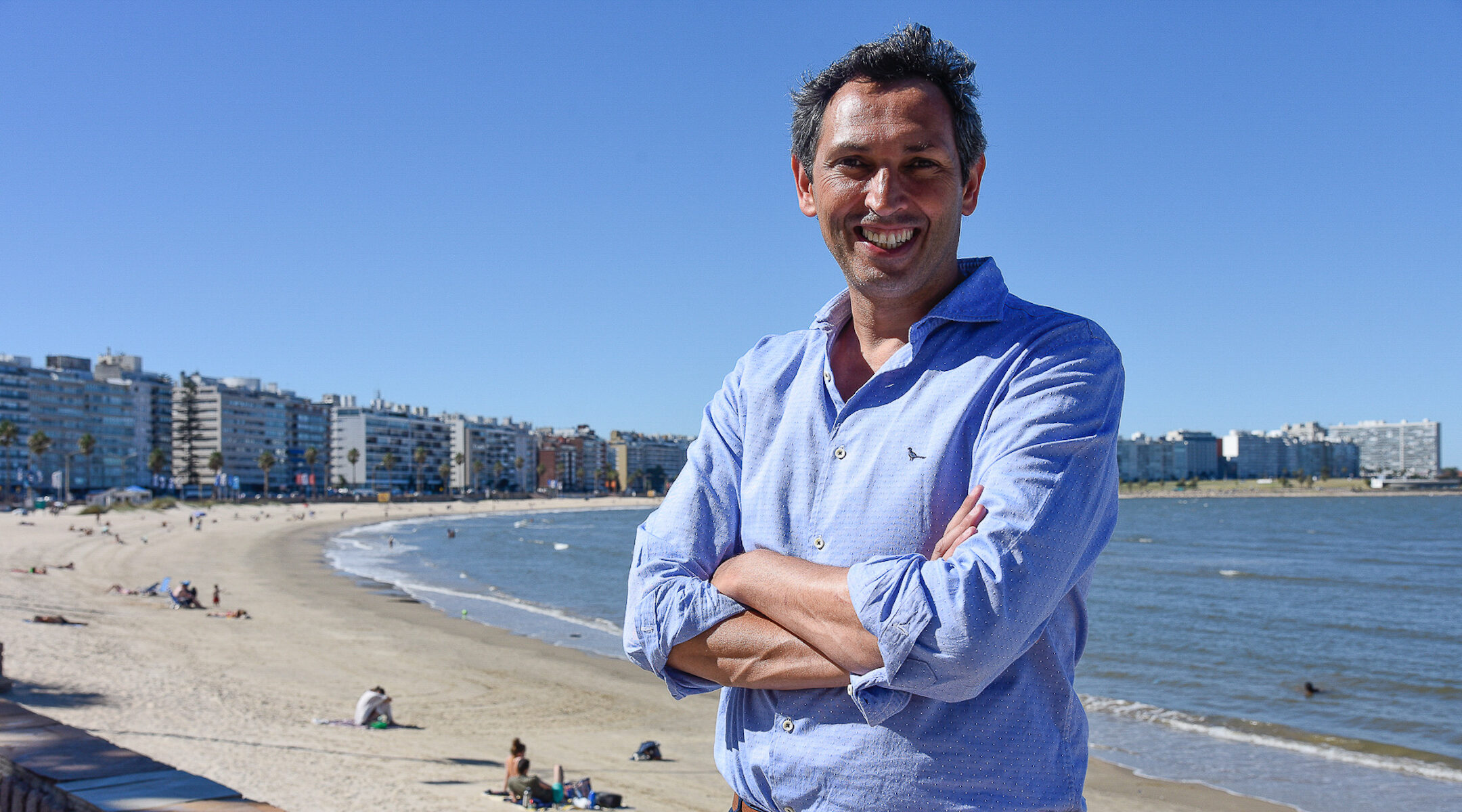 (JTA) — The first Jewish mayor of a district in the Uruguayan capital of Montevideo died after two weeks battling COVID-19.

Andres Abt died on March 12 at the age of 47. Two days later, his funeral procession to the Jewish cemetery in Montevideo stopped by the Torre Ejecutiva, the headquarters of the federal government, where President Luis Lacalle Pou hugged Abt’s widow.

Abt was raised in an intermarried family in Montevideo and it was his non-Jewish mother who encouraged him to embrace his Judaism. On major Jewish holidays, she would call Jewish friends for guidance on how to prepare traditional Jewish foods.

“You are the last Abt in Uruguay, your grandparents lost their parents in the Holocaust,” Abt’s mother told him as a teenager, according to an interview with the weekly newspaper Semanario Hebreo Jai published in September. “You must be close to Judaism and do your bar mitzvah. That’s an important tribute to your history and to show that despite all that happened … you can continue.”

Abt attended Jewish summer camps and was a member of Jewish youth movements. Abt said his experiences in those informal educational contexts gave him the values and managerial skills he needed as a politician.

In 2005, Abt assumed his first political post as a substitute member of the Chamber of Representatives, the lower house of the Uruguayan parliament. A decade later, he won election as mayor of CH, one of eight municipal districts in Montevideo.

Under his leadership, the municipality organized its first kosher barbecue and refurbished a city square named in honor of the city’s first rabbi, Jaime Spector.

Abt had a hands-on leadership style. In the wake of his death, people shared photos of him working with municipal workers in the streets.

In 2019, Abt again won a seat in parliament, but decided instead to run for reelection as mayor. Some noted that Abt had chosen the more difficult position of mayor over the comparatively easier job of parliamentary lawmaker.

“That was a crazy thing, a madness of his own, a beautiful madness,” Lacalle Pou said. “He felt a duty to the neighbors of CH. Of course he received recommendations to do the opposite.”

Abt’s funeral procession on March 14 departed from the municipal headquarters in CH and crossed the city en route to the Jewish cemetery. Along the way, people clapped and threw flowers in tribute.