NYC’s mayoral candidates haven’t said much about Jews or Israel. The Pew study suggests why. 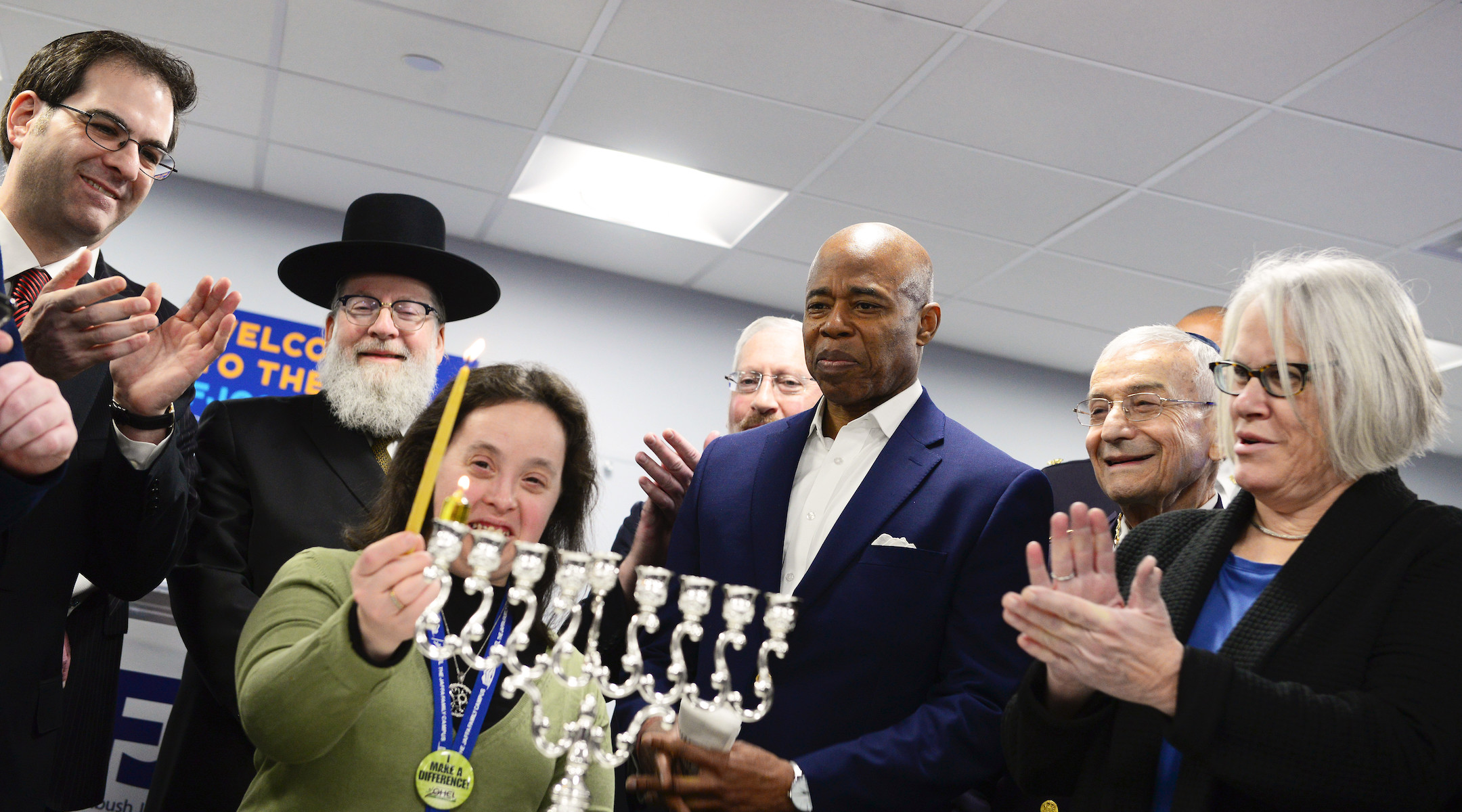 For example, the study felt right to me in its description of the most rapidly growing cohorts of young Jews: the Orthodox and what Pew describes as Jews who do not identify with Judaism as a religion.

Not only are the ranks of these divergent cohorts growing but, says Pew, the Jews of no religion “feel they have not much or nothing at all in common” with Orthodox Jews. Pew noted this in 2013, “[b]ut it is especially evident in the 2020 survey, conducted during a polarizing election campaign.”

Between the frum and the “nones” is a shrinking middle – that is, Reform and Conservative Jews who identify as Jews by religion, but whose politics and religious observance tend to skew centrist or liberal. “Roughly four-in-ten Jewish adults under 30 identify with either Reform (29%) or Conservative Judaism (8%), compared with seven-in-ten Jews ages 65 and older,” according to Pew.

In most things, New York offers a new spin on the old joke: We’re just like the Jews, only more so. That the Orthodox community is larger here than anywhere else is self-evident, and an important study of New York Jews in 2011 showed a growing secular, marginally affiliated community.

“In the past, [synagogue] membership was more of a given,” Rabbi Angela Buchdahl of Central Synagogue told Pew this year. “People felt they had to join a synagogue in order to belong and affiliate. Now I would say there’s a lot more ‘do-it-yourself Judaism’ and internet Judaism and virtual Judaism.”

The current mayoral race is a reflection of this softening middle. To the degree that candidates have explicitly courted the “Jewish vote,” it has mostly been a bid for the haredi Orthodox blocs. Front-runners Andrew Yang and Eric Adams have been the most assertive in appealing to the concerns of haredi voters, especially their fears that the state and city will demand more rigorous standards for secular education at yeshivas.

City Comptroller Scott Stringer, currently trying to fend off a #MeToo accusation, is the only Jewish candidate in the race, but he hasn’t really hit that very hard.

Unless asked, no one is talking about antisemitism, a topic that only last year galvanized some 25,000 mostly non-Orthodox Jews to march across the Brooklyn Bridge. No candidate headed to Riverdale after a vandal smashed windows at four synagogues, including a Conservative one.

I’d suggest that outside the Orthodox community, there is no real “tribal” issue that would inspire Jews to vote any differently than similarly situated gentiles – and the candidates know this.

The younger “nones” will take an interest in either progressive issues or the quality-of-life concerns that have been a big part of the mayoral forums, and will not vote according to any distinctly Jewish interest.

The “middle” voters – older, centrist, Jewishly affiliated — probably are thinking mainly about crime and economic recovery, the two big issues in the race. When two big nonprofits – UJA-Federation of NY and Met Council – held mayoral forums this year, the focus was largely on their sponsors’ secular concerns: social service delivery, COVID relief and assistance to nonprofits.

The conflict between Israel and Gaza would normally be the kind of issue that a candidate would use to establish his or her pro-Jewish bona fides across the Jewish spectrum. But only four of the eight candidates issued statements of the “we stand with Israel” variety. (Only progressive candidate Dianne Morales appeared to criticize Israel, condemning “state violence.”)

Andrew Yang, the businessman and former Democratic presidential candidate, even had to walk back a one-sided statement of support for Israel following criticism from Rep. Alexandria Ocasio-Cortez and, he said, members of his own staff. Although a centrist, Yang heard the concerns of progressives, and didn’t feel it would cost him many Jewish votes to acknowledge “the pain and suffering on both sides.”

Contrast that with what is happening in Congress: While the mayoral candidates were quiet on the Israel-Hamas conflict, Democrats were growing increasingly impatient with the violence and more willing to criticize Israel.

And its not just the far left: Pro-Israel stalwart Rep. Jerry Nadler, whose Upper West Side district is considered the most Jewish in the country, joined 11 Jewish colleagues in the House on a letter urging an “immediate ceasefire.” Sen. Jon Ossoff, the Jewish freshman from Georgia, led a call by 28 Democrats in the Senate for a ceasefire. Gregory Meeks, the Queens congressman who chairs the House Foreign Affairs Committee, came close to asking for a delay in an arms deal between the U.S. and Israel.

Perhaps the candidates are wary of alienating Jewish voters on either side of the Israel divide, especially this close to the primary. Or they sense that the Jewish community itself is split on the latest clash in Israel.

But in an increasingly diverse city, the decline of non-Orthodox Jewish ethnic clout is undoubtedly a factor: In a 2012 article noting that there were no Jews running for mayor that year, The New York Times reported that the Jewish proportion of the citywide primary electorate had declined to 20% from twice that in the 1950s and ’60s. That’s why only the Orthodox, with their closely aligned self-interests, crowded precincts and bloc voting, arouse much attention from candidates seeking specifically Jewish votes.

(Why, you may ask, are Orthodox voters significant in a Democratic primary when, according to Pew, some 75% of the community votes Republican? Because the next mayor of New York is almost guaranteed to be a Democrat, and the community wants to be heard in City Hall.)

Pew says “these generational shifts toward both Orthodoxy and secular Jewishness have the potential, in time, to reshape American Jewry.” I’d say the time is already here.