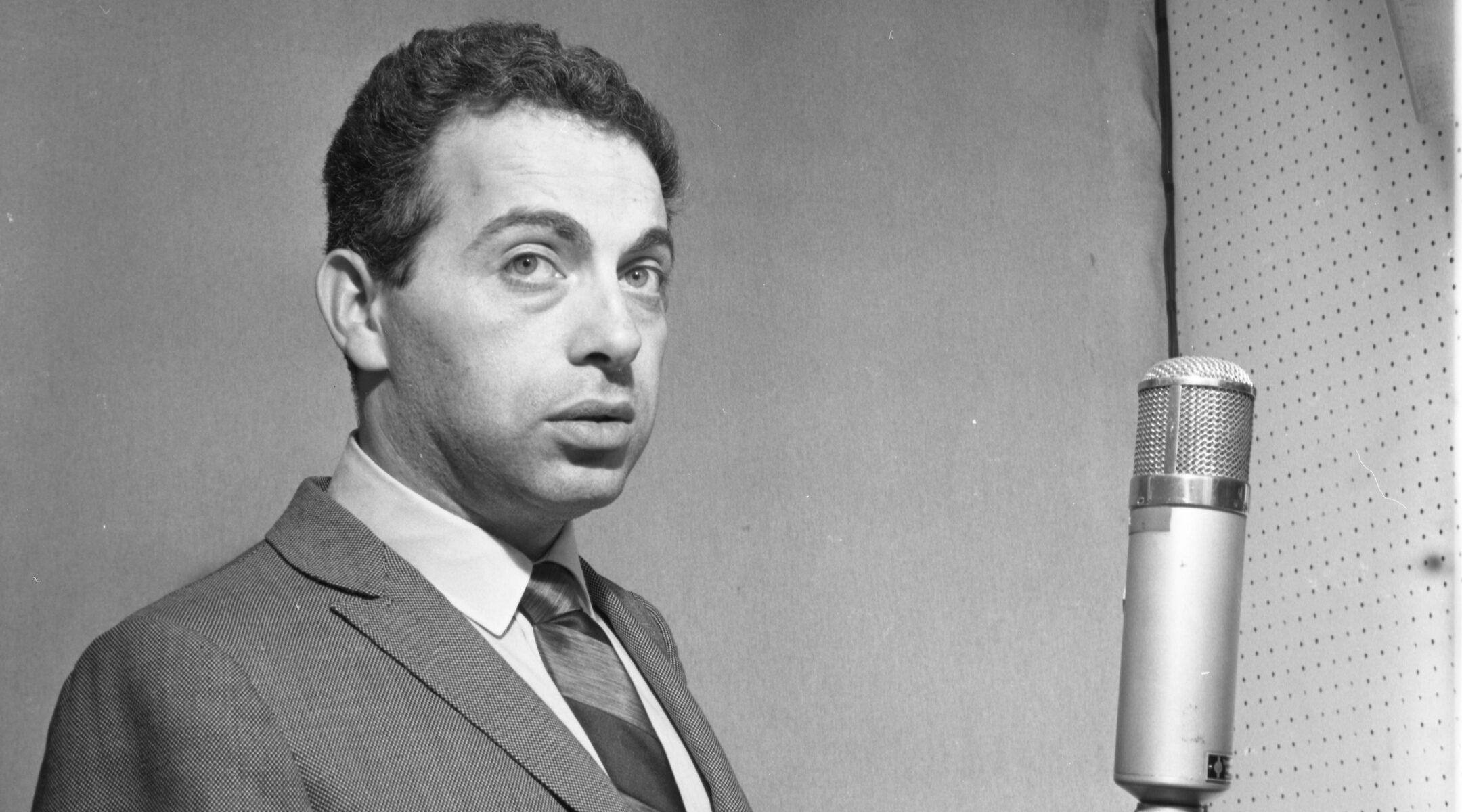 Jackie Mason in New York City recording his album "I Want To Leave You With The Words Of A Great Comedian," Feb. 20, 1963. (Popsie Randolph/Michael Ochs Archives/Getty Images)
Advertisement

Jackie Mason, who died here Saturday at 93, was one of the last survivors of the Borscht Belt comedy circuit.

The death of a 13-year-old girl who attended a Jewish summer camp upstate has “stunned members of Brooklyn’s tight-knit Hasidic community,” WNYC/Gothamist reports.

A few dozen pro-Palestinian activists gathered Sunday at the port in Elizabeth, N.J. to protest an Israeli-operated cargo ship.

Born in seaside Odessa, novelist Alina Adams bonds with her parents — and now her daughter — during long walks on Brooklyn’s Brighton Beach. “When it comes to tying together generations — in a novel or in real life — there is nothing more unifying, more constant, or more primal than the beach,” she writes in Kveller.

National Yiddish Theatre Folksbiene presents “A Yiddish Renaissance,” a virtual celebration of the revival in Yiddish in art, culture and learning. Featuring a global cast of over 140 performers, including casts of NYTF productions such as “Fiddler Afn Dakh” (Fiddler on the Roof in Yiddish). Registration required at www.nytf.org/renaissance. The program will be viewable from July 26 at 2:00 pm until July 30 at 2:00 pm.