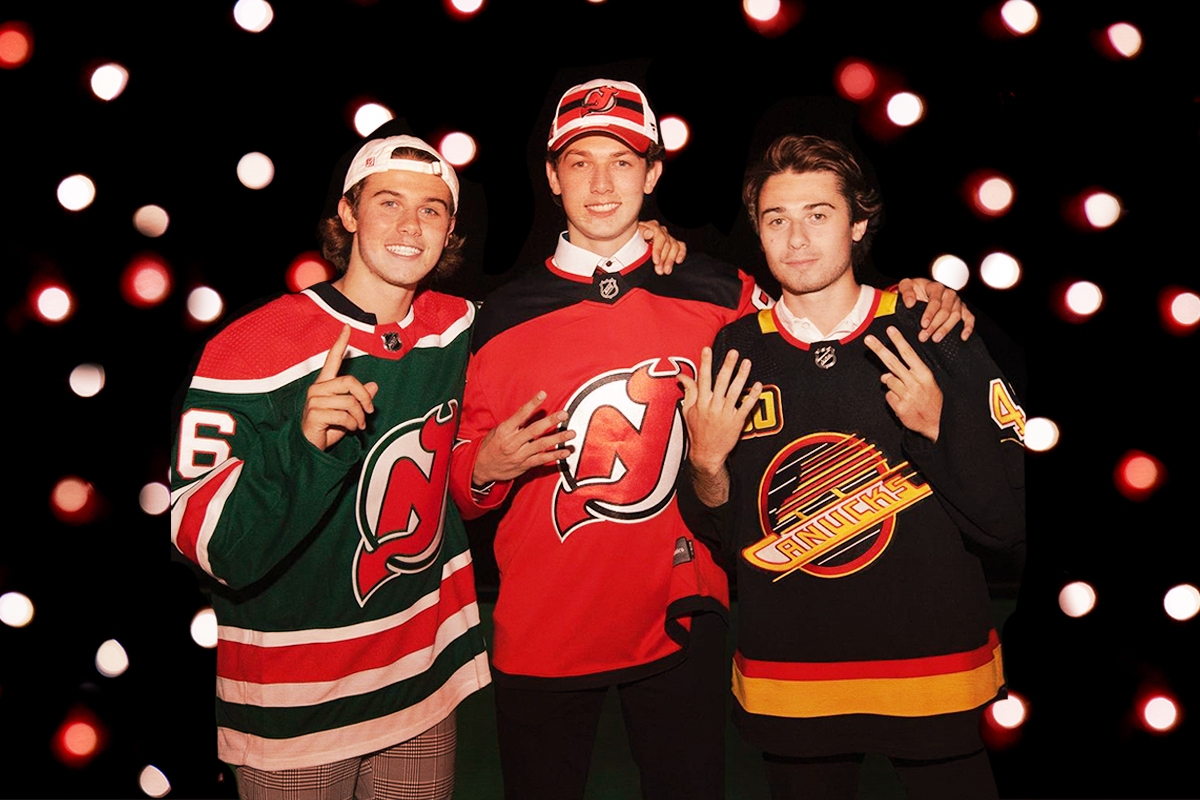 (JTA) — Talk about goals: Luke Hughes has become the third brother in his hockey-playing Jewish family to be drafted in the first round of the NHL Draft.

The New Jersey Devils picked the 17-year-old defenseman fourth overall in Friday’s selections, making the Hughes brothers of Orlando, Florida, the first American family to have three siblings drafted in the National Hockey League’s first round.

Jack, a center, was chosen first overall by the Devils in 2019 — earning the distinction as the first Jewish player ever taken No. 1. A year earlier, oldest brother Quinn had gone to the Vancouver Canucks with the seventh pick.

Certainly the brothers were revved up over the news — you can watch their reaction to Luke being drafted here:

Their athletic prowess isn’t so surprising considering their genes: Their mother, Ellen Weinberg-Hughes, played ice hockey, soccer and lacrosse at the University of New Hampshire. Later she was a member of the U.S. women’s hockey team at the 1992 Women’s World Championships, where she was named a tournament all-star and helped Team USA take home the silver medal. Their father, Jim, is a former ice hockey player for Providence College and has worked for the Boston Bruins and the Toronto Maple Leafs in the NHL.

Mom is Jewish, dad is not.

“We did Passover when we were younger,” Jack Hughes told “The Michael Kay Show” on ESPN Radio in 2019. Jack also had a bar mitzvah.

Along with brother Quinn, Luke Hughes has another Jewish defenseman to emulate: Adam Fox of the New York Rangers, who this season was named the winner of the James Norris Memorial Trophy signifying the NHL’s top defenseman. Other Jewish players in the league include Zach Hyman and Jason Zucker.