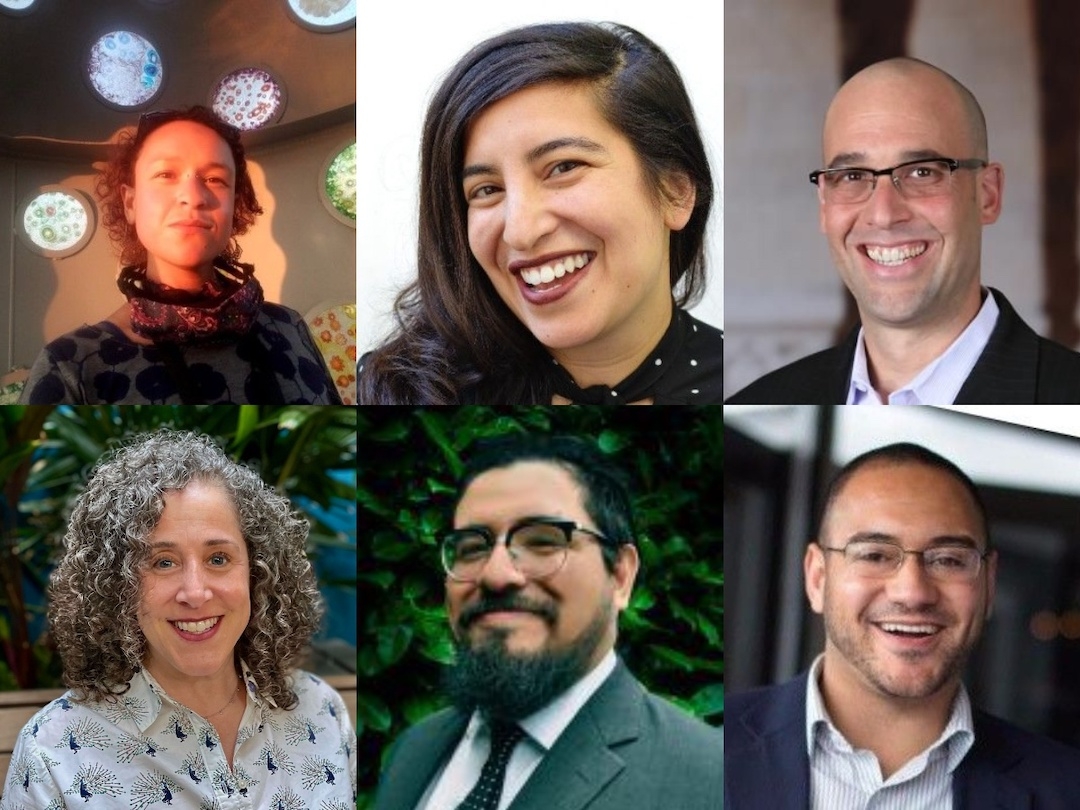 (JTA) — For the past few years, Jews of color in the United States have been counted and recounted. They’ve been argued over and used as props in ideological battles.

Now their own voices have emerged as hard data with the release Thursday of the most comprehensive survey of Jews of color ever carried out.

The movement fighting racism within the Jewish community is heralding the study as a watershed moment.

Responses from more than 1,100 people in the study reveal a deep engagement with Jewish identity that has often come with experiences of discrimination in communal settings.

In some cases, Jews of color said they are ignored. In others they are casually interrogated about their race and ethnicity. Respondents said white Jews will sometimes presume a need to educate them about Jewish rituals or assume they are present in synagogues or schools as nannies and security guards rather than community members.

Some 80% of respondents said they have experienced discrimination in Jewish settings.

Titled “Beyond the Count,” the study out of Stanford University corroborates with data and the anecdotes of racism in the Jewish community that have been widespread for years.

The study’s sponsor and research team hope the findings will jolt Jewish institutions into funding initiatives for and by Jews of color and changing the composition of decision-making bodies to reflect Jewish diversity.

“This study validates the experiences of Jews of color, and it also takes away a bit of the illusion that Jewish community organizations are doing enough to respond to racism and racial injustice,” said Ilana Kaufman, executive director of the Jews of Color Initiative, which commissioned and funded the study. Kaufman also shared her reaction to the study in an essay.

Its 1,118 participants were found through an online survey that started with a series of screening questions to ensure that only those identifying as Jews of color were included. The study was not designed to be a statistical representation of all Jews of color but as an in-depth sampling of the views. Interviews with 61 of the participants provided additional texture and nuance.

In a finding that baffled researchers, two-thirds of respondents were women.

Nearly half of the participants identified with one or more racial categories, while two-thirds said they were biracial, mixed or multiracial. One in five were Black or African-American, about a tenth were Hispanic or Latino, and a tenth were Asian. Some 7% identified as North African or Middle Eastern, and a small percentage identified with other racial or ethnic groups.

Two-thirds of the respondents were raised Jewish and a similar percentage have at least one Jewish parent. About 40% said they converted to Judaism.

The researchers behind the study noted the diversity of both backgrounds and views among the participants.

“Jews of color are anything but monolithic, but there are common, prevalent trends about the places and moments when they are not fully embraced by the community or made to only bring a part of themselves to a program or congregation,” said Dalya Perez, a member of the research team who works as an equity strategist for Microsoft. According to her biographical description, Perez is the daughter of an immigrant father from the Philippines and a refugee mother who is a Sephardic Jew from Egypt.

One Native American interviewee quoted in the report had moved to a new area and sought out community at a local synagogue. What the woman encountered were intrusive questions about her identity.

“At times I’ve had to compartmentalize sides of myself because it’s just so mentally exhausting facing the ‘What are you?’ questions,” she said.

A Black man who is active in the Jewish community told researchers about a similar experience of being scrutinized over his perceived differences.

“I went to Shabbat services recently and a woman came up to me and said without introducing herself, ‘Shabbat Shalom. So are you here for a religion class? Did you convert?’” he recalled.

One set of findings that researchers said should galvanize Jewish leaders to specific actions has to do with Jews of color seeking community with one another. Nearly 40% of participants said they had no close friends who are also Jews of color and half said talking to other Jews of color about their experiences was very important. Jews of color can have a sense of belonging among white Jews, the survey said, but only about half said they have felt they belong.

Defining exactly what the term “Jew of color” means is a challenge that the researchers and the wider Jewish racial justice movement have grappled with for years.

Calling it an “imperfect, but useful umbrella term,” the study said those who identified as Jews of color for a variety of reasons. Some were referring to belonging to a racial group as is common in the United States. Others use the term to capture their national, geographic or ethnic heritage, as in the case of certain Iranian, Ethiopian or Sephardic Jews.

The ambiguity of the term arose previously in debates over the total number of Jews of color in the U.S. Estimates of the community range from 6% to 15% depending on the study and definition. A 2019 report from the Jews of Color Initiative argued that the community has been chronically undercounted because of poor study designs.

The recent Jewish population report from the Pew Research Center did not attempt to answer the question, but it did conclude that 92% of Jews identify as white.

As the title “Beyond the Count” suggests, the new study’s authors want to turn the focus away from past debates and move toward a deeper understanding of Jewish diversity.

Asked how they express their Jewishness, the participants offered five main responses. Three out of four said that working for justice and equality was very important to their Jewish identity. About two-thirds selected passing on their Judaism, honoring ancestors, remembering the Holocaust and celebrating holidays as very important expressions of Jewishness.

The quotes from interviewees enlivened the numbers and pointed to the wide-ranging ways in which Jews of color conceive of their identity. One woman, who identified as white, Black and Native, spoke about the significance of being outdoors and observing birds or the rustling of leaves.

“Nature grounds me that there’s a creator responsible for all of this,” she said.

An Indian American talked about the challenge of keeping kosher in the South, while an Asian American said they had recently brought people together for a Bollywood-themed Shabbat ritual.

“With every person I talked to, their story was so unique and interesting,” said Gage Gorsky, one of the researchers. “Each time I said, ‘Wow, yeah, another way to be Jewish that I hadn’t even thought of.’”