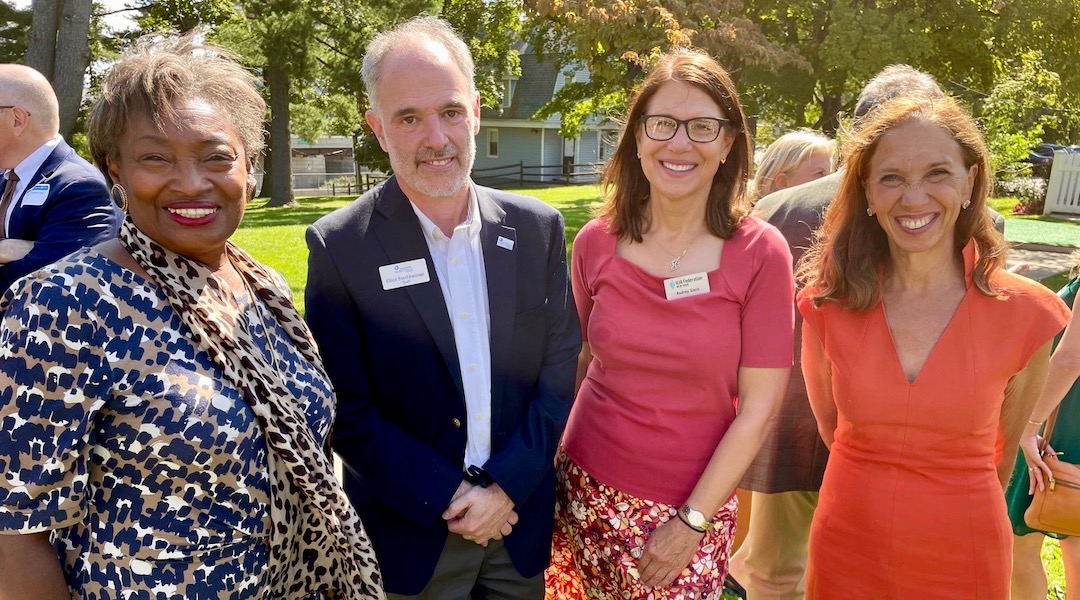 The Jewish Week/Daily will be back on Friday. However you mark the day, we hope you have a sweet, healthy and meaningful year.

SELF CARE: Wednesday is the Day of Atonement, but it can also be a time for giving yourself some credit for getting through a difficult year. A rabbi and a cantor offer a confessional prayer focused on accomplishments, not shortcomings, to accompany the traditional liturgy. (JTA)

SHUL READING: Upper West Side rabbi Mark Wildes’ new book on Judaism and repentance, “The 40-Day Challenge,” is being read by “thousands of Jews across the world” in preparation for Yom Kippur. (CBS New York)

MEA CULPA: In the spirit of Yom Kippur, a New York political columnist asks forgiveness for writing “items that were careless and hurtful and just plain wrong.” (PoliticsNY)

THOSE WE LOST: Chabad.org has published a comprehensive list of Jews lost as a result of complications due to COVID-19 as a customizable “Yizkor book,” available to be downloaded and used in congregations around the world. (chabad.org)

THE BOROUGHS AND BEYOND

UNTOUCHABLES: Read about the two Jewish friends from Brooklyn who gained a national reputation “for successfully blowing up and destroying illegal speakeasies” during Prohibition. (Tablet)

INCONCEIVABLE: A lawsuit alleges that a prominent Jewish fertility specialist in Rochester defrauded patients by personally donating the sperm they thought had come from other anonymous donors. The plaintiff, a child of one of the women treated, grew suspicious when a DNA test revealed she was “half Ashkenazi Jewish.” (New York Post)

WoodSpoon, a home-cooked food delivery service, is providing free weekly home-cooked meals to Holocaust survivors in Brooklyn, Queens and the Bronx. The meals are developed by home chefs on the platform based on referrals from local institutions like the Kings Bay Y. WoodSpoon is covering all operating costs for the initiative and its private donors are paying for the meals and compensating all participating chefs.

Join Hadar’s faculty members and community for an online day of learning and connection on Erev Yom Kippur, also known as Yom HaMa’al. Drop in for any part of the program to learn about the themes and prayers of the day and enjoy melodies and excerpts from the Yom Kippur liturgy. Register here. 11:00 a.m. – 4:30 p.m.