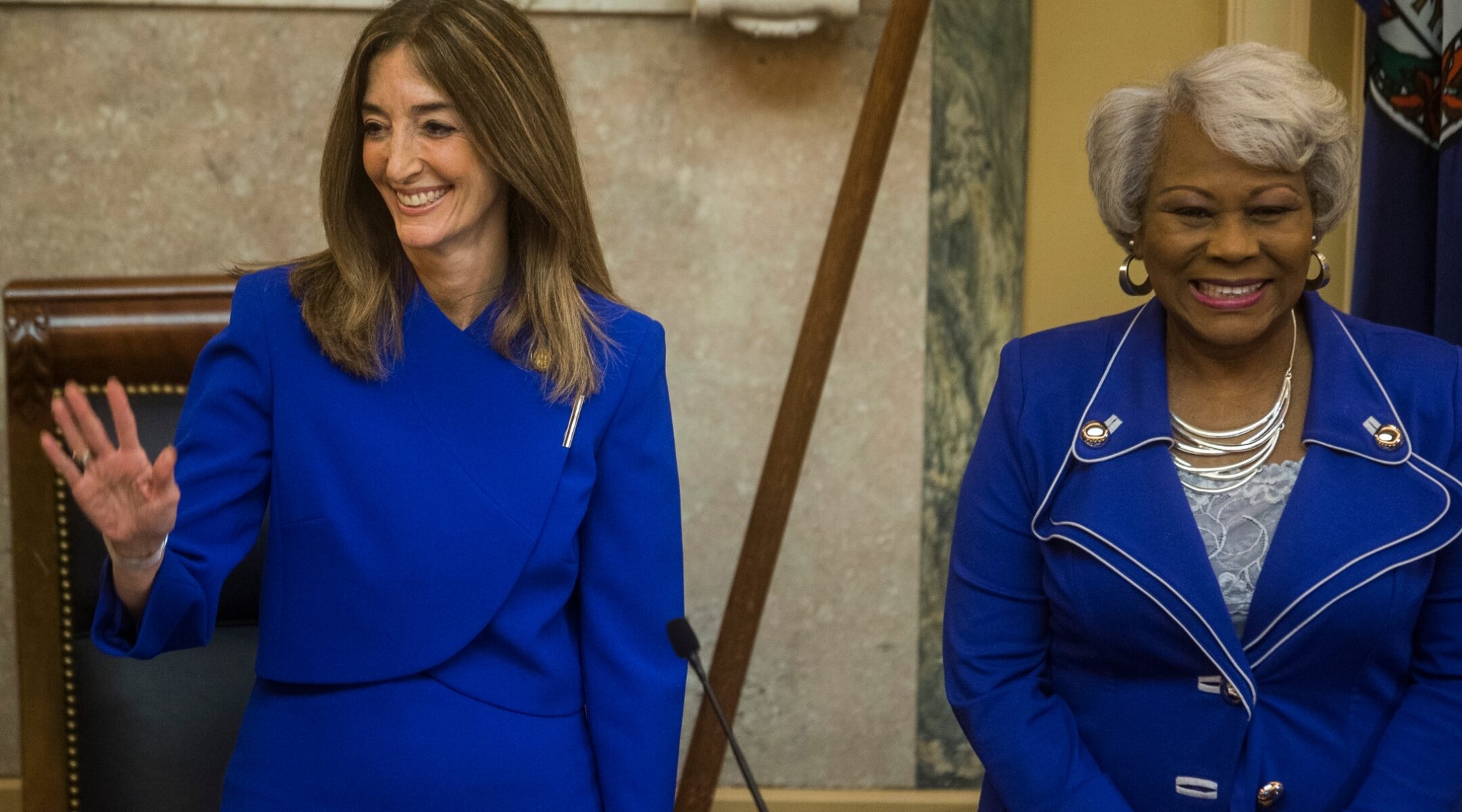 (JTA) — A Republican political candidate in Virginia is apologizing for mocking the nose of the state’s Jewish House speaker — but he says his comment was not meant to be antisemitic.

Eileen Filler-Corn, a Democrat, made history in 2020 when she became the first Jewish and first woman speaker of the oldest legislature in the United States, the Virginia House of Delegates.

Last week, the state’s House Democratic caucus tweeted praise of Filler-Corn for her work on education, attaching a picture of her addressing an online meeting. Hahns Copeland, a Republican who is running for a seat in the House, replied with a biting comment.

“I was surprised to see a pair of eyes and a mouth with that NOSE,” he wrote.

Copeland soon deleted the tweet, but not before Democrats screenshot it, and seized on the opportunity to denounce the candidate seeking to unseat a Democratic incumbent in the state’s 89th district. (The entire House is up for reelection this year.)

“This is wildly antisemitic and has no place in our politics especially a day after Yom Kippur,” said the 89th’s incumbent, Jay Jones, on Twitter. The district, which covers Norfolk on the coast, is heavily Democratic.

Copeland apologized in a tweet late Friday and said he had not intended to allude to offensive stereotypes about Jewish noses.

“My comment regarding Eileen Filler-Corn earlier today was immature and impulsive,” Copeland said late Friday in a tweet. “It was never intended to be antisemitic or reference her ethnicity or religion. I apologize to anyone I may have offended. It is not an accurate reflection of my character, beliefs and values.”

Copeland said he had Jewish friends who loved him. “While the Tweet was ugly and regrettable it was never meant how the Democrats are portraying it,” he wrote. “Many of my friends in the Jewish community know me and love me. They know me as a Christian and full of love.”

Filler-Corn told The Washington Post that she had yet to hear from Copeland directly. “These types of hateful comments are unfortunately far too common today, and they are too often invoked instead of solutions to the real issues Virginians face,” she said in a statement.

In July, another Republican House candidate in Virginia apologized after saying being a conservative teacher in the state was like being a Jew in Nazi Germany.