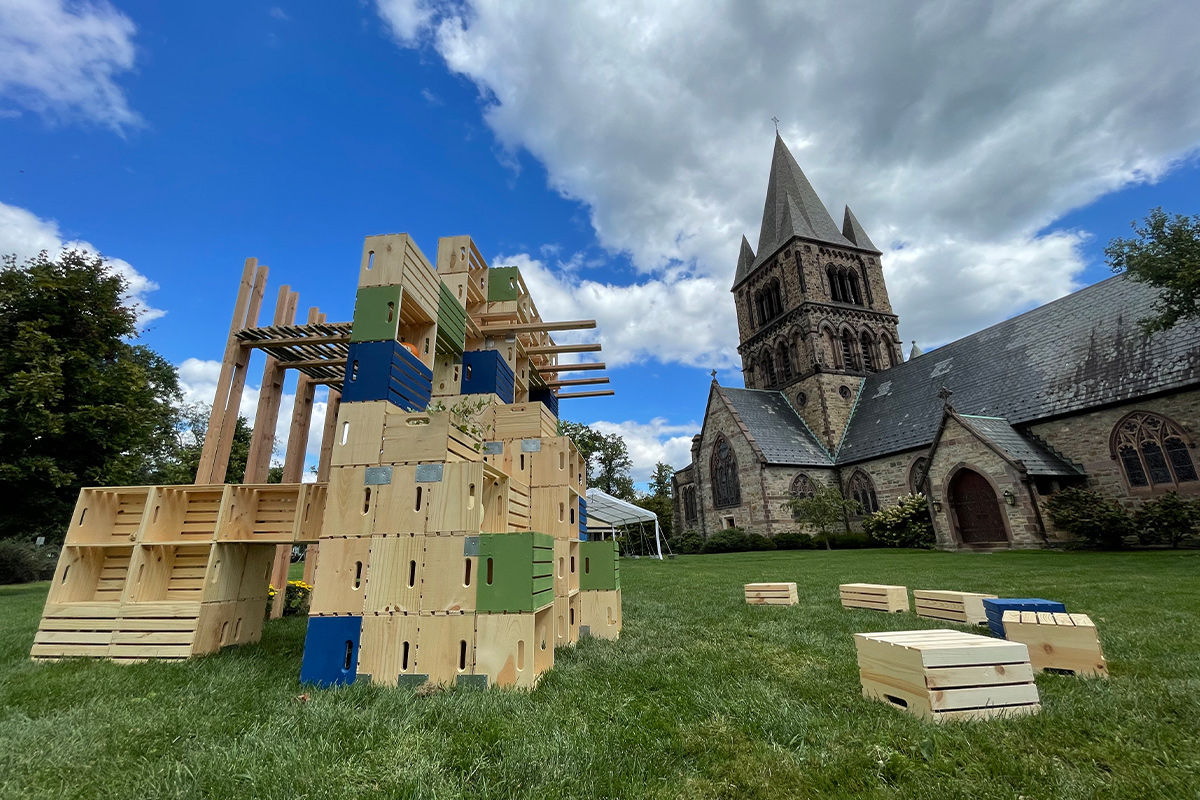 “Communal Convergence” by KSS Architects is among the 11 sukkahs erected on public sites around Downtown Princeton and designed by high-profile architecture and design firms and winners of a New Jersey Institute of Technology competition. (Photo by Chloe Sarbib)
Advertisement

Shabbat shalom, New York! Every Friday, we offer a printable digest of this week’s best stories to read offline. Download today’s edition here and sign up to get The Jewish Week/end in your inbox every week.

BUZZ KILL: Are mosquitoes driving you crazy when you sit in your sukkah? You are not alone.

TANGLED WEB: The Consulate General of Israel in New York disavowed comments by an employee who appeared to boast about his efforts to wring $25 million out of the wealthy father of scandal-plagued Rep. Matt Gaetz (R-Fla.) to help free an American hostage in Iran named Bob Levinson. (Jerusalem Post)

The biblical creation narrative, read in synagogues beginning next week with Simchat Torah, includes two versions of the Adam and Eve story. The contradictions are a model for reconciling the good and bad of American history, writes Rabbi Ruth Abusch-Magder.

Join the Museum of Jewish Heritage and the Netherlands’ diplomatic network in the U.S. for a virtual screening and discussion of “Truus’ Children,” a new film exploring the legacy of Truus Wijsmuller, a central figure in the rescue network known as the Kindertransport. The program will feature a panel discussion with the filmmakers and Ilse Bauer-Langsdorf, one of the children saved by Wijsmuller. Attendees will also receive a private link to stream the film online from September 17 to 28. Register here. Sunday, 2:00 p.m.

Photo, top: “Communal Convergence” by KSS Architects is among the 11 sukkahs erected on public sites around Downtown Princeton and designed by high-profile architecture and design firms and winners of a New Jersey Institute of Technology competition. Read all about “Sukkah Village” from our friends at Alma. (Photo by Chloe Sarbib/Alma)