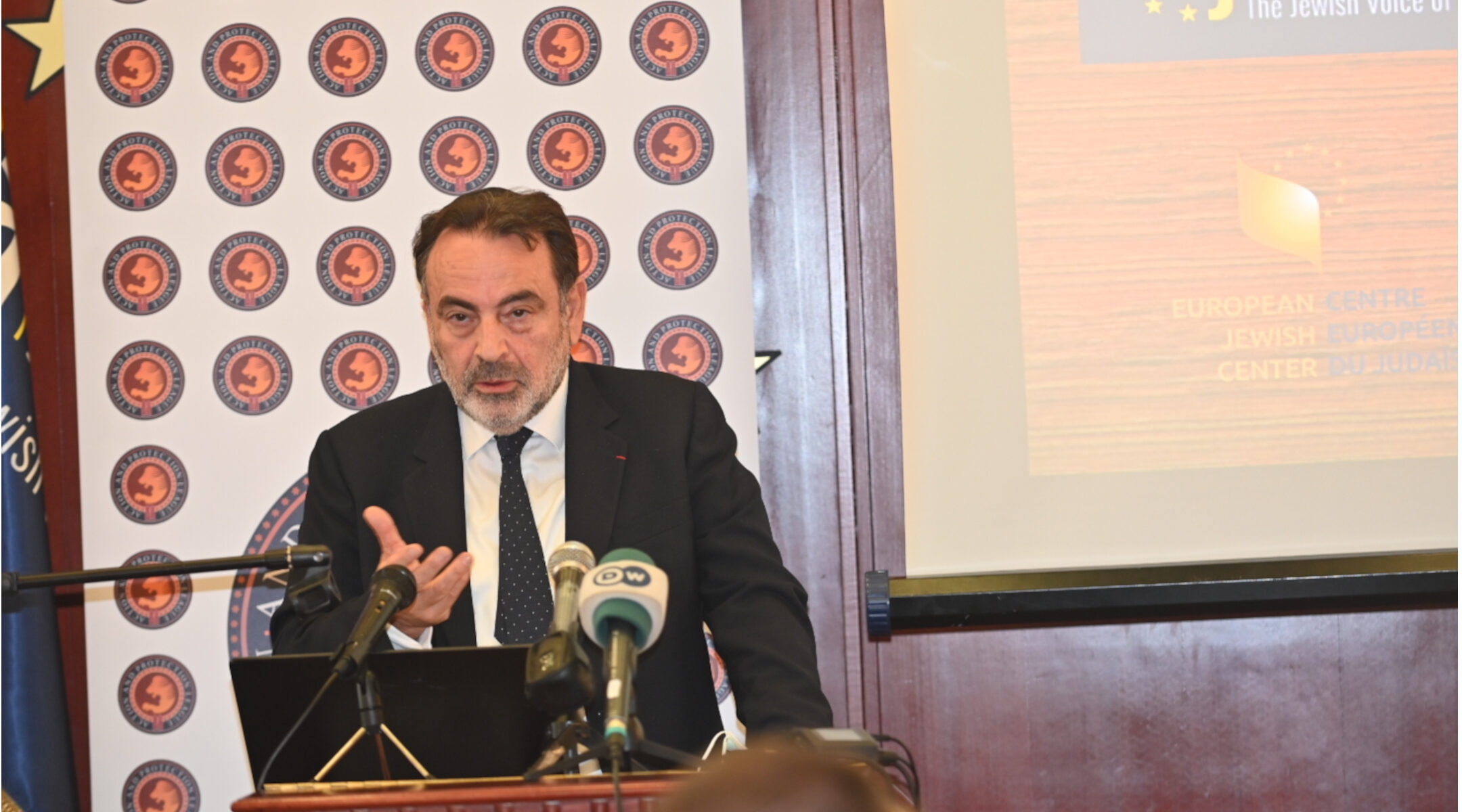 “They took the easy path and failed to do the right thing,” Rabbi Menachem Margolin, the chairman of the European Jewish Association, a Brussels-based lobby group, said at a conference Tuesday about the strategic plan that the European Commission published last week.

Titled “EU Strategy on Combating Antisemitism and Fostering Jewish Life (2021-2030),” the 46-page document published Oct. 6 reiterated several long-term goals and principles of various EU institutions regarding antisemitism, including the adoption of an EU definition of it by members states and educating young people against stereotypes.

But it mentioned neither the bans put in place recently in multiple EU countries, including Belgium in 2019, of slaughter of animals without prior stunning — a prerequisite for producing kosher and halal meat — and attempts to outlaw the non-medical circumcision of boys.

Ritual slaughter is illegal in Denmark, Sweden, Finland, Estonia and Slovenia. The Dutch Senate in 2012 reversed a ban passed the previous year, citing freedom of worship. Poland also outlawed the practice in 2013 but has since scaled back the ban to include only meat for export.

“The European Commission failed to address this to avoid conflict with countries where bans and attempted bans exist,” Margolin said at his group’s Jewish Leaders Meeting Tuesday. “We welcome the plan but it’s difficult to take seriously plans to foster Jewish life in Europe that do not address a major threat to that Jewish life.”

Joel Mergui, the president of the Consistoire, a major French-Jewish organization responsible for religious services, said during a discussion on the plan: “If you say you want Jewish continuity, the first thing you need to do is make sure we can continue to do ritual slaughter and milah,” he said, using the Hebrew-language word for circumcision.

But the absence of any reference to the issue in the European Commission plan to combat antisemitism and bolster Jewish life in Europe makes it “not serious,” Dutch Chief Rabbi Binyomin Jacobs said. “The commission makes the plan hollow, a collection of nice statements in theory without any possibility of followup.”