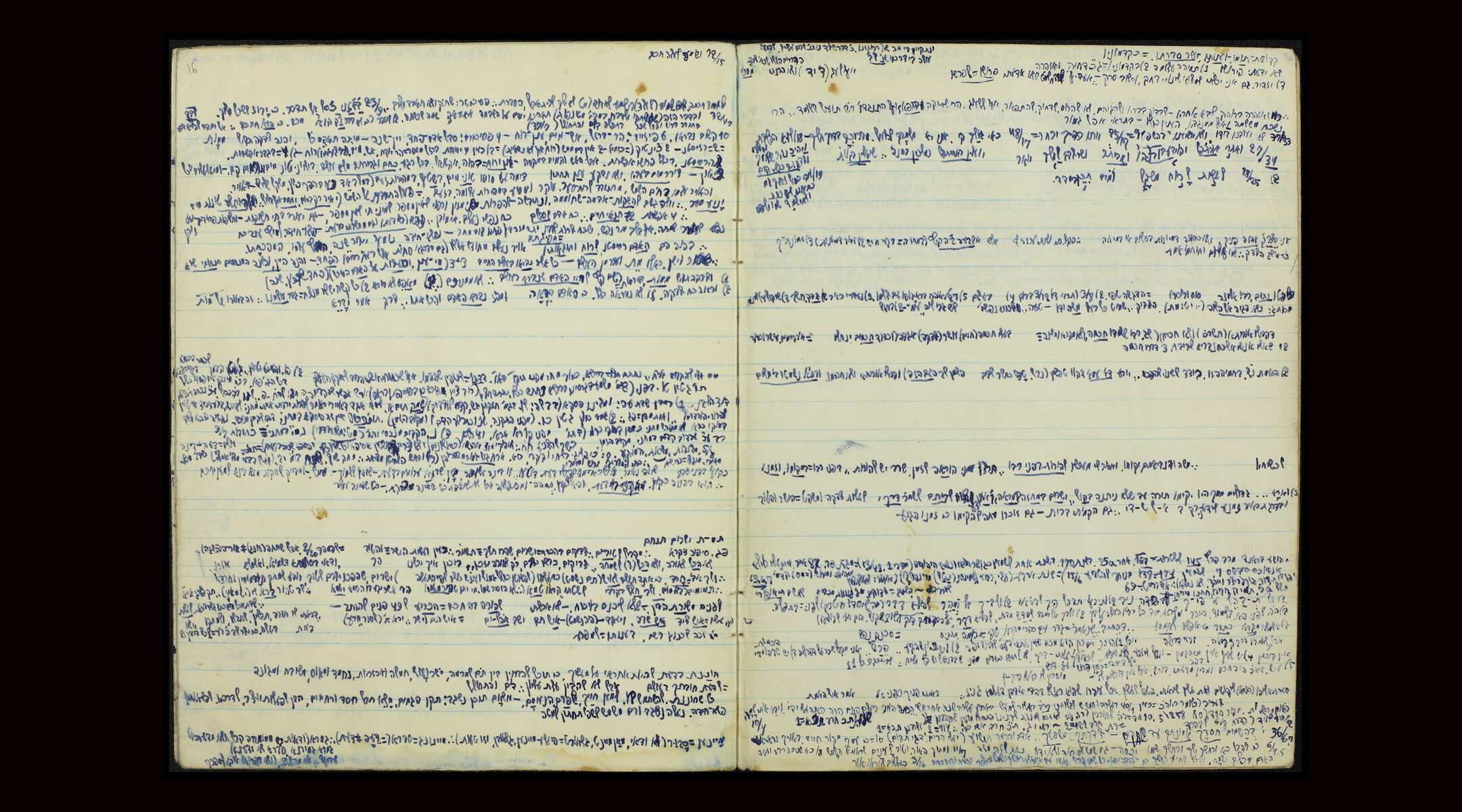 A page from the notebooks of "Mr. Shushani," a mysterious scholar who taught many of the greatest Jewish studies scholars of the 20th century. (National Library of Israel)
Advertisement

(JTA) — He knew some 30 languages, taught some of the greatest scholars of Jewish studies in the 20th century and is buried in Uruguay under a tombstone that champions his wisdom — but his identity was never known.

Now, what sounds like the beginning of a riddle is the description of an author whose notebooks are set for display by the National Library of Israel.

“Mr. Shushani,” or “Monsieur Chouchani,” was a wanderer and scholar who counted Elie Wiesel and the philosopher Emmanuel Levinas among his students. A brilliant teacher who was said to possess a photographic memory and knew the Bible, Talmud other Jewish texts by heart, he traveled around the world teaching while keeping his real identity secret. Rabbi Abraham Isaac Kook, the scholar and spiritual leader of Mandatory Palestine, called Shushani “one of the most excellent young people … sharp, knowledgeable, complete and multi-minded.”

Shushani was born in Imperial Russia around the turn of the 20th century and died in 1968 in Uruguay. But few details about his life, including his real name, were known even to his closest students.

The notebooks were donated by Shalom Rosenberg, an Israeli professor of Jewish thought who was a student of Shushani’s at the time of his death. Shushani’s writings are difficult to decode and contained everything from his thoughts, to memory exercises, to mathematical formulas and original ideas in the field of Jewish thought. While a small group of scholars has been working through the notebooks for several years, they will be made available to the public for the first time on Thursday.

Yoel Finkelman, curator of the library’s Judaica collection, celebrated the opportunity to introduce more people to Shushani’s writings and their place at the National Library of Israel in a statement.

“We consider it of paramount importance to bring to the public’s attention the story of one of the most mysterious and influential figures in 20th-century Jewish thought,” Finkelman said.