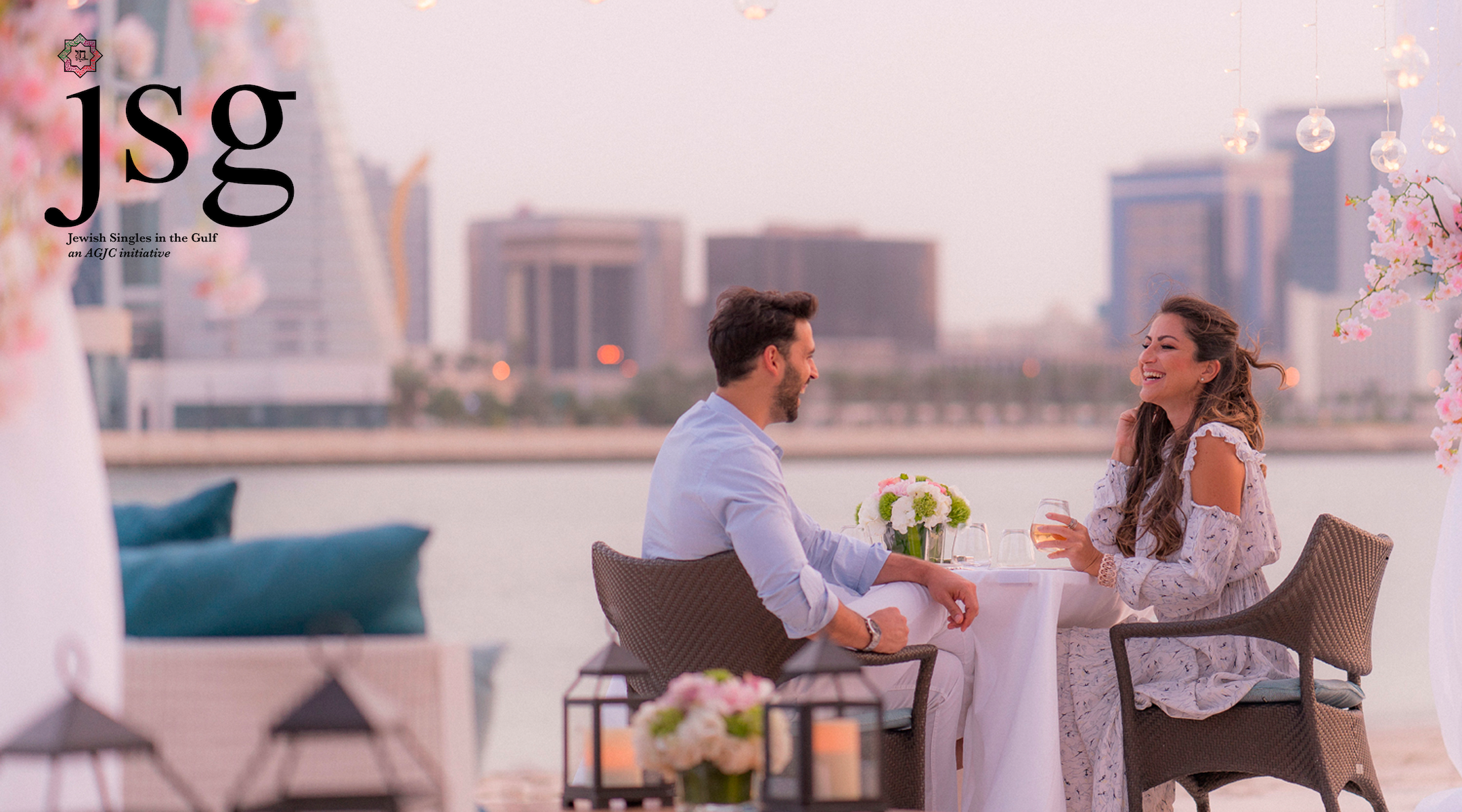 (JTA) — Earlier this month, Bahrain’s Jewish community celebrated the first Jewish wedding in the country in 52 years. The community, along with the Jewish communities in other Persian Gulf countries, is hoping its next project will lead to more weddings.

The Association of Gulf Jewish Communities launched a new dating website for Jewish singles in six of the region’s Arab countries Sunday. The Jewish Singles in the Gulf site features questionnaire that a group of matchmakers will then use to match up participants.

The aim of the site is to encourage Jews in the Gulf countries to put down roots there, organizers said. Countries like Bahrain have long been home to small Jewish communities, and with the increased visibility that has come with normalization agreements between Israel and the United Arab Emirates and Bahrain, Jews there are hoping their numbers will increase.

“By helping these singles find their spouses in the GCC, they are more likely to get married here and establish their families here, which in turn grows Jewish communal life and the need for more Jewish institutions like schools, kosher food, etc,” Ebrahim Dawood Nonoo, president of the Association of Gulf Jewish Communities, said in a statement.