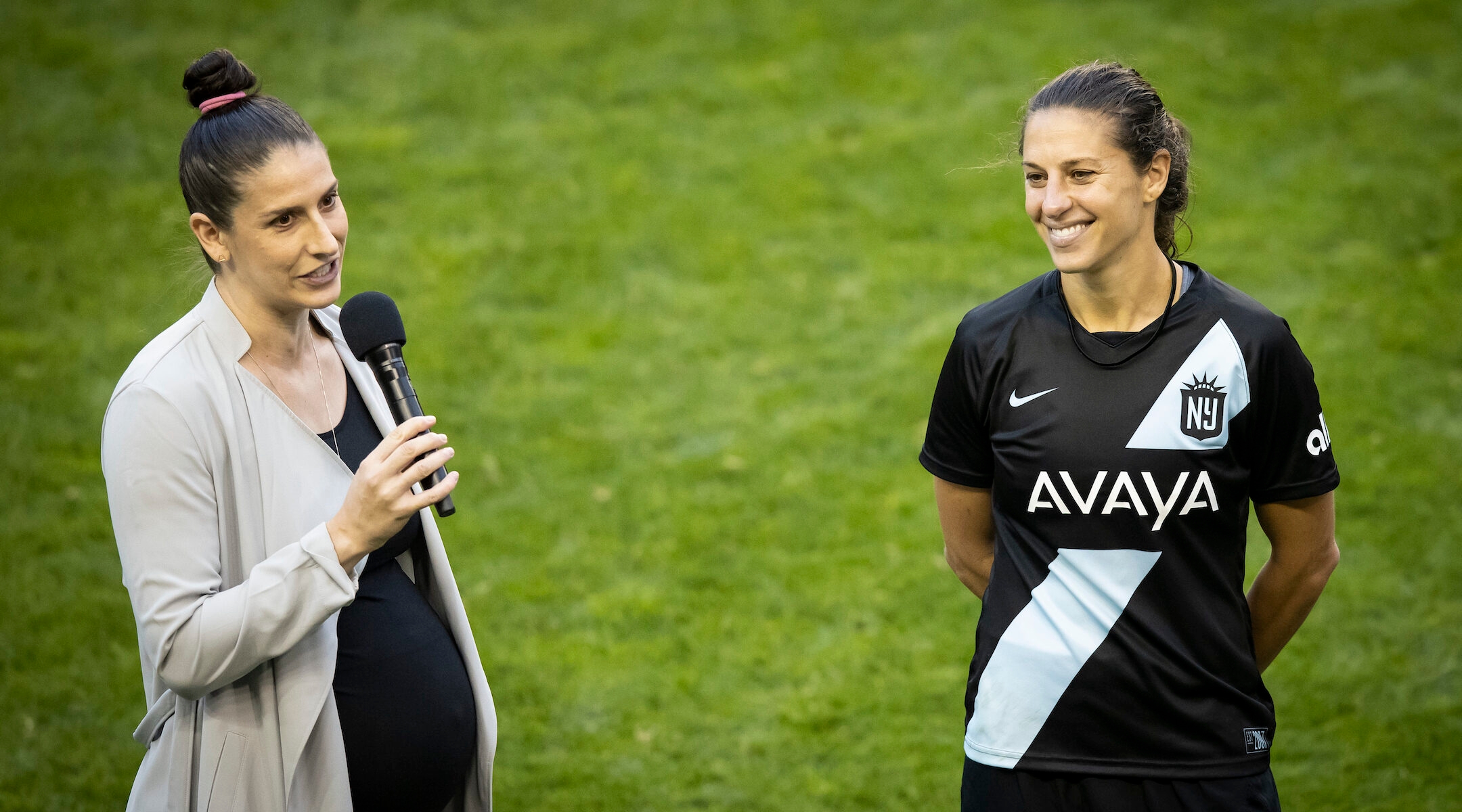 Shabbat shalom, New York! Tired of reading your Jewish news on a tiny little screen? The Jewish Week emails a downloadable, printable digest of the week’s best stories, perfect for offline reading, every Friday. Sign up for “The Jewish Week/end” here. Get today’s edition here.

MARATHON MENSCH: Meet Peter Berkowsky, who for the 36th time will organize the morning minyan at the New York City Marathon, which returns Sunday. (Jewish Week via JTA)

MEMORY BOOK: Before she moved out of her apartment in Washington Heights, Steve North’s grandmother handed him a book that would unlock the secrets of her Jewish childhood in Germany. (Jewish Week via JTA)

GOAL-ORIENTED:  New York City native, soccer star and labor union organizer Yael Averbuch West is headed to the playoffs — this time as the interim general manager of NJ/NY Gotham FC, the National Women’s Soccer League club that she used to play for. (JTA)

Rabbi David Keehn, a hospital chaplain at NYU Langone Manhattan who was remembered by one friend as “a fountain of giving that never ran dry,” died Oct. 25 at age 54. The Belle Harbor, N.Y. native served 23 years as Jewish chaplain and director of pastoral care at New York-Presbyterian Hospital Queens, where he ministered to Jewish families and people of all faiths, and developed relationships with the leading clergy in the community. A former president of the Queens Jewish Community Council, he also served as an inspiration to colleagues and patients who, like him, were legally blind.

American Jewish Committee awarded Bradley J. Butwin, chair of the O’Melveny law firm, its 2021 Judge Learned Hand Award in recognition of his “outstanding leadership in the legal profession and in the community.” Butwin recently cofounded the Law Firm Antiracism Alliance, which has united almost 300 firms in the fight against structural racism in the law.

Not sure about having kids? This week’s portion, writes Rabbi Tali Adler, suggests that the matriarch Rebecca was herself ambivalent, and that we should all make space for people to share their fears of parenthood just as they share their joy.

Our friends at Kveller have chosen 2021’s most bizarre, most random Hanukkah gifts. Can you spot the fake one in the list below?

(Answer to News Quiz: 4. The Jewish Shatner did release a Christmas album in 2018. )