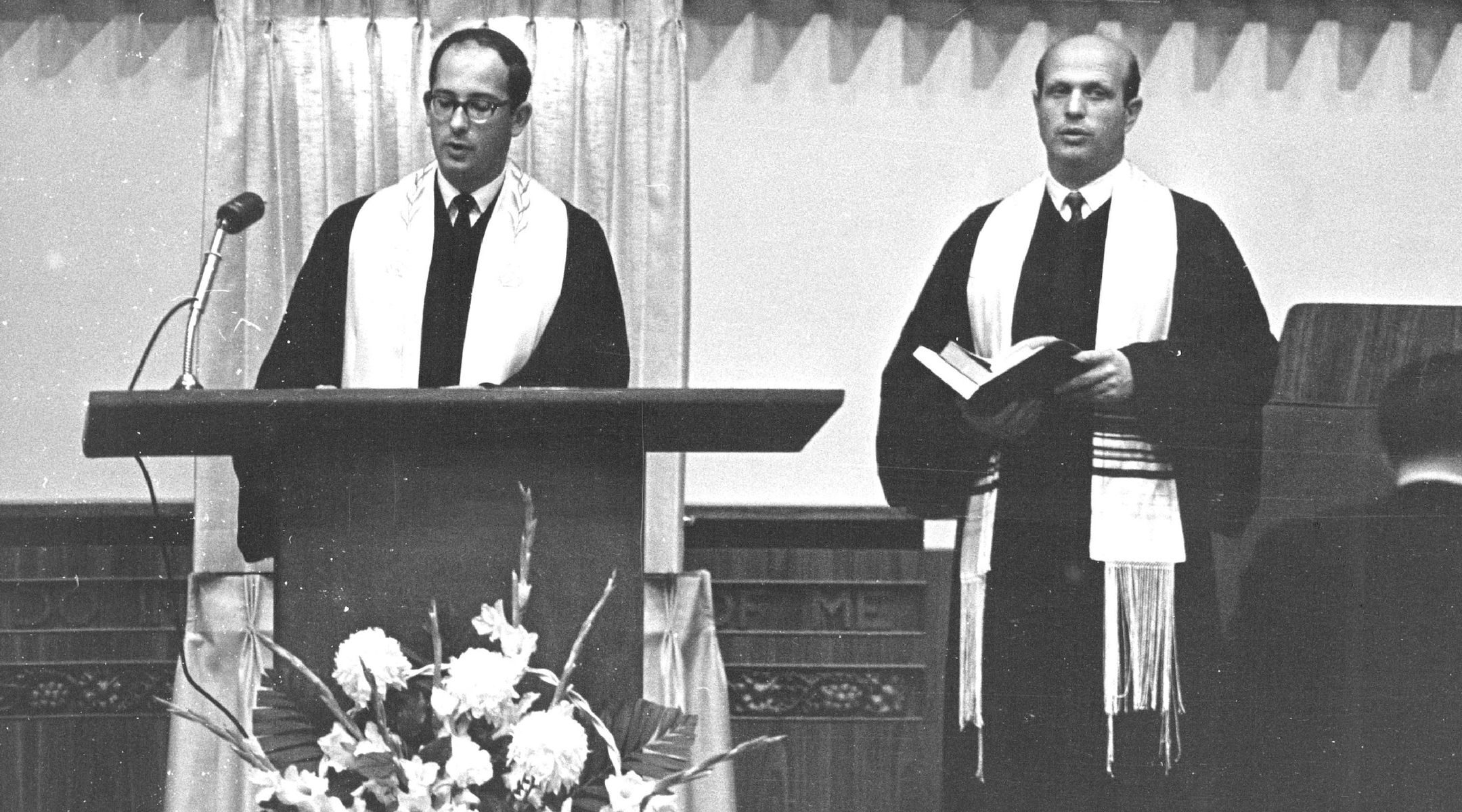 (JTA) — Sexual harassers led the Reform movement’s rabbinical school for more than three decades, according to an explosive new report commissioned by the school.

Rabbi Alfred Gottschalk, the president and then chancellor of Hebrew Union College-Jewish Institute of Religion from 1971 to 1996, and his successor, Rabbi Sheldon Zimmerman, who served until 2000, both harassed and assaulted women at the seminary, according to the report. While the allegations that led to Zimmerman’s suspension in 2000 had broken into public view earlier this year, Gottschalk had never before been named in public allegations.

In addition to leading the institution and teaching students, the men were also responsible for ordaining generations of Reform rabbis.

Gottschalk and Zimmerman are among six prominent former male employees of the seminary to be named in the report, the outcome of an independent investigation into the school’s past handling of sexual abuse allegations. The investigation is one of three launched simultaneously into the Reform movement’s institutions, years into the broader #MeToo societal reckoning.

Over the course of the inquiry, investigators retained by the law firm Morgan Lewis spoke to 170 past and present faculty, staff and students from the seminary who answered an open call for participation. The conversations revealed that while conditions at the seminary have improved in recent years, a “good old boys’ mindset” existed for decades across the school’s four campuses in the United States and Israel harmed generations of Reform rabbis and professionals.

Many of the women interviewed described facing critical comments about their weight, appearances, pregnancies and very presence in a rabbinical school that ordained its first woman in 1972, under Gottschalk. Students and faculty alike recalled discrimination against queer students. Other interviewees said they felt that official complaints of harassment would not lead to accountability.

“The pain that many witnesses have harbored based on their experience at HUC — some for decades — was palpable,” the report says. “Many witnesses broke down in tears, while others commented on the years they have spent in therapy.”

The seminary will take the findings seriously and will act on them, according to Sue Neuman Hochberg, chair of the board of governors. The administration has committed to drafting a plan for the board’s review by Dec. 14, a spokesperson said.

“Numerous members of the HUC-JIR community described the lasting harm caused to them from conduct that is antithetical to the core values of this institution and, quite simply, unacceptable,” Hochberg said in a statement. She added, “We respect their courage and willingness to share painful memories, and we commit ourselves to honoring what we heard from them.”

Because they heard so many allegations — about discrimination on the basis of gender, race and LGBTQ+ status; sexual harassment; and bullying — the investigators could not verify all of them, according to the report. Instead, they focused on a small number of men against whom “repeated and credible allegations” were made.

Of the six men named in the report, four are dead. They are Gottschalk; Rabbi Michael Cook, a New Testament scholar whose death in April elicited allegations on social media that became one trigger for the investigation, according to the report; Stephen Passamaneck, a professor of rabbinic literature who retired in 2013 and whose misdeeds, the report says, included filling his HUC computer with pornography; and Bonia Shur, a liturgy professor in Cincinnati who was widely known to have touched female students forcibly.

The two who are living — Zimmerman and Steven Cohen, a prominent sociologist who resigned in 2018 after an investigation found that he was guilty of sexual misconduct — have previously been the subjects of public allegations.

Investigators looked into what action, if any, had been taken when students reported misconduct in the past. In some cases, they found no evidence of formal complaints, suggesting that students may have chosen not to register their concerns. In others, as with Passamaneck, they found that people who were sanctioned repeatedly for inappropriate behavior were still allowed to teach courses.

Among the allegations the investigators heard consistently was that Gottschalk was widely understood to be a “womanizer” who routinely pressured female HUC students to come to his apartment, where he would proposition them — or worse. One former student recalled Gottschalk placing her hand on his penis, and another told the investigators that he had pinned her against a wall and forcibly kissed her. 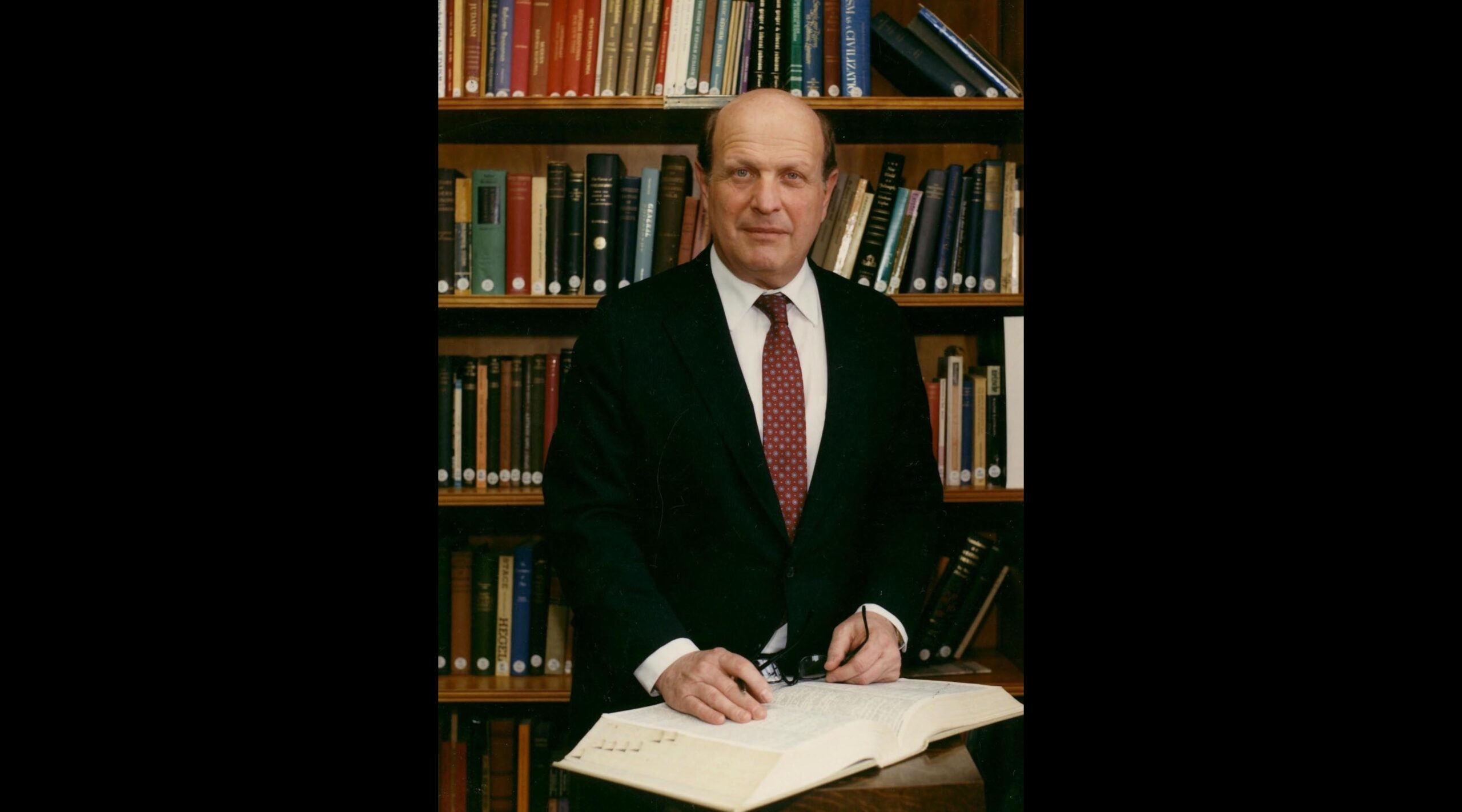 Until this summer, Gottschalk’s behavior was the subject only of a whisper network of female rabbis who recounted uncomfortable and inappropriate experiences with him. Then, in June, Rabbi Mary Zamore, executive director of the Women’s Rabbinic Network, a group of Reform rabbis who pressed for accountability around sexual abuse, named him during a presentation at a conference about repairing moral injury.

Zamore recalled that she was only a few weeks into her rabbinical training, studying at the HUC campus in Jerusalem, when a classmate told her that Gottschalk had pressured her twice for a date. “Refusing him, she feared for her academic position and future in the rabbinate,” Zamore recalled in her conference presentation.

This behavior turned out to be not a singular instance but a pattern made known through private conversations among students.

“I was warned by other female students not to go to his office and to avoid being alone with him, whether it was a hallway or elevator,” Zamore said.

Six years went by, and the day of Zamore’s ordination arrived. The ceremony required Gottschalk to lay his hand on her head. She dreaded being touched by him and felt it was a “travesty” that classmates who had been harassed by him would have to be ordained this way.  What should have been a sacred moment was instead a “torturous” experience, she said. 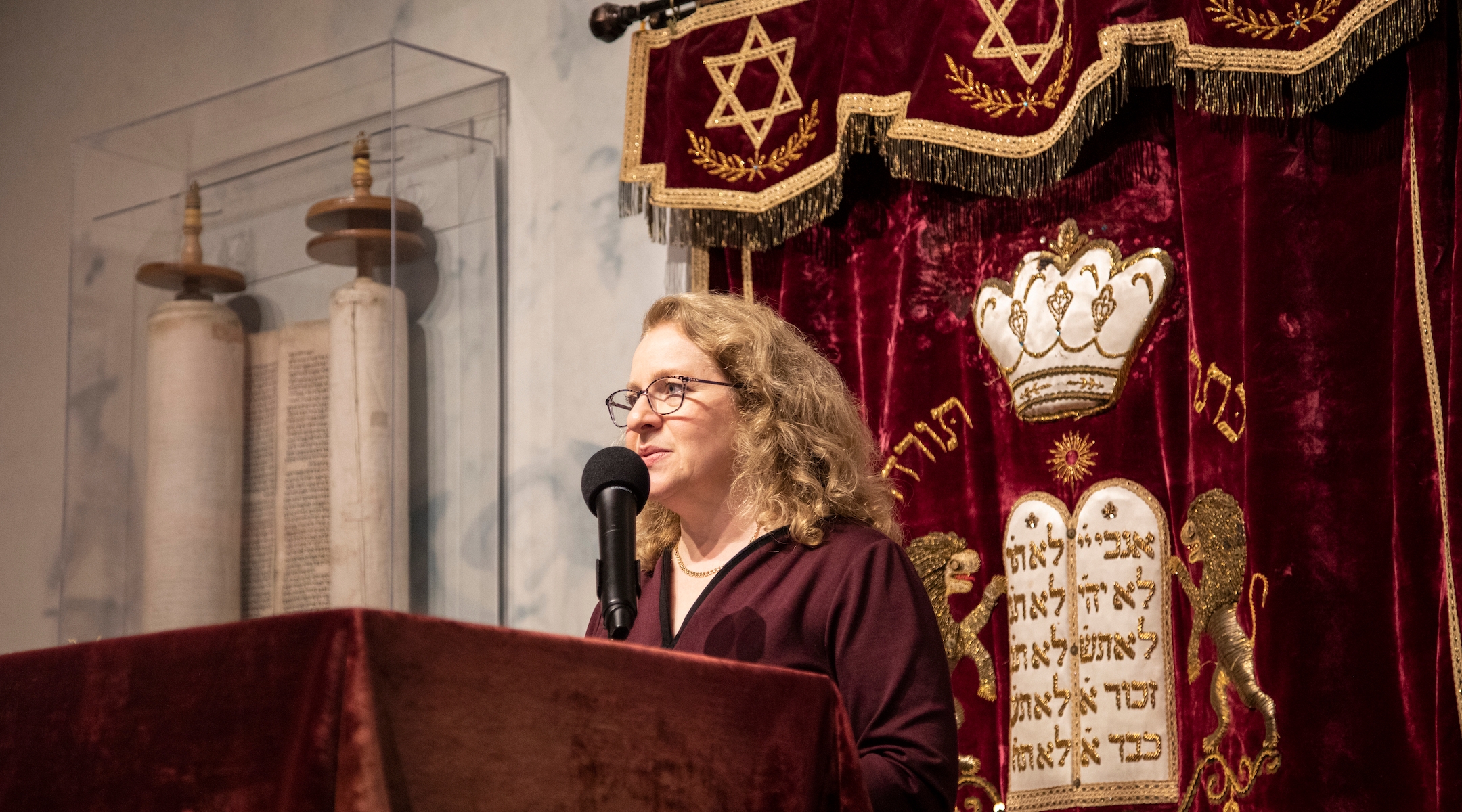 At least one student was ordained privately to avoid having Gottschalk lay his hands on her, according to the report.

With many of his former students in the rabbinate today, Gottschalk left behind a legacy of moral injury, a type of trauma that can be born of betrayal by a trusted authority, Zamore said.

“Survivors have shared their ambivalence about becoming a rabbi after a rabbi has hurt them,” Zamore said in her presentation. “Many of their narratives include outrage over being ordained by their harasser.”

The investigation report urges the seminary to hold an optional “reordination ceremony, or something similar” for rabbis who felt that their ordination had been tainted. It recommends a slew of other changes, including setting up new systems for reviewing allegations and exploring the possibility of revoking the ordination of rabbis found to have committed abuse. It also encourages the school to engage in a process of “teshuva, or repentance.”

Zamore had expressed optimism amid the launch of the Reform movement investigations that a “reckoning” was in progress. After reading the report, the Women’s Rabbinic Network said the investigation was reassuring because it was comprehensive and transparent.

The next step, the group said in a statement, was to implement the report’s recommendations and others aimed at preventing future abuse from taking place and going unaddressed.

“By engaging a respected third-party investigative body and undertaking a serious and wide-ranging investigation into sexual misconduct and discrimination past and present, HUC-JIR has acted with integrity and has helped set a standard for other legacy organizations within and outside of the Jewish world,” the group’s statement said. “The work of repair is long and this investigation, with its lengthy and detailed report and recommendation, is a notable and important step in that on-going process.”