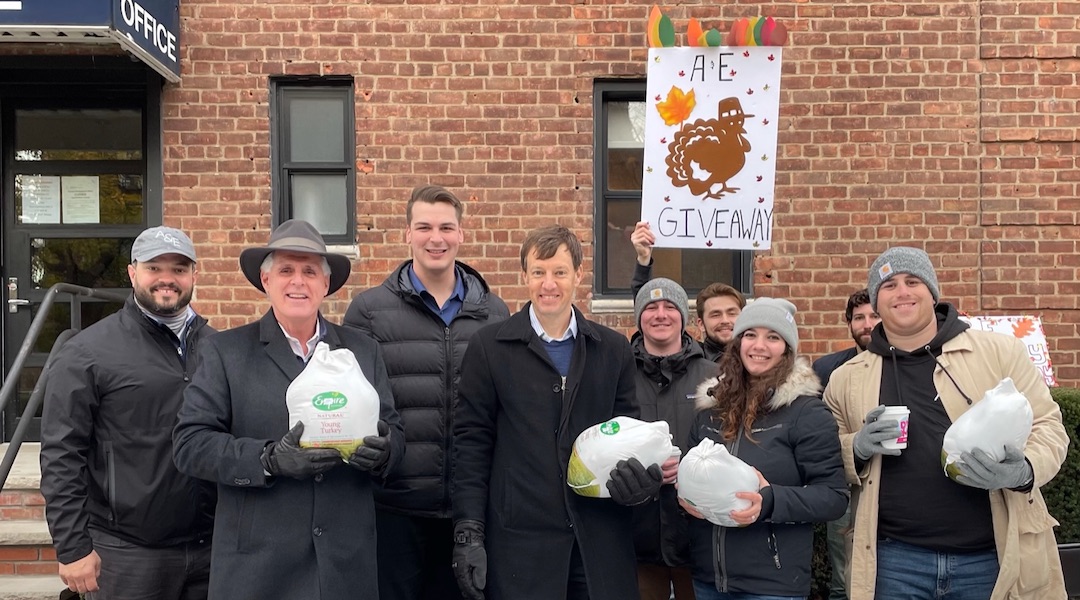 CITY LIGHTS: New York City is (almost) back, and with it a full slate of things to do on Hanukkah: Read our guide to eight crazy nights, from menorah-lightings and ice skating parties to indie rock concerts and a burlesque show. (Jewish Week via JTA)

COMMON GROUND: A bipartisan group of lawmakers signed a letter in support of adding Israel to a U.S. waiver program that eases visa restrictions on international travelers. (Jerusalem Post)

WELCOME BACK: Registration is open for Yiddish New York, America’s largest Yiddish culture festival, which will be held virtually for the second year from Dec. 25-30. (The Forward)

AND THE WINNER IS…: The Israeli spy thriller “Tehran” took the top prize for a drama series at the 49th annual International Emmys, which were handed out Monday night during an in-person ceremony at Casa Cipriani in Manhattan. (Deadline)

Mayer Waxman has been named the next executive director of the Queens Jewish Community Council, an umbrella group for more than 130 Jewish organizations. Waxman, a licensed social worker and ordained rabbi, comes to QJCC after more than six years as the managing director at Selfhelp Community Services in charge of senior centers. He’ll succeed Francine Lashinsky.

The Skirball Department of Hebrew and Judaic Studies of New York University is accepting applications for a tenure-track assistant professor position “specializing in any aspect of Jewish history from the eighth through the eighteenth centuries.” More info here.

Naomi Ragen discusses her new book, “An Observant Wife,” which builds on the often-fraught love story of Leah, the newly observant California girl, and Yaakov, the fervently Orthodox widower she introduced in “An Unorthodox Match.” The event is the fourth edition of “Women on the Move,” the. Temple Emanu-El Stettenheim Library’s series that welcomes female authors to discuss their latest work. Register here. 11:30 a.m.

Dr. Daniel Soyer presents contributors to “The Jewish Metropolis: New York from the 17th to the 21st Century”(Academic Studies Press, 2021) in a discussion of the diversity of the Jewish experience in New York. Register here for this Jewish Studies at Fordham University event. 1:00 p.m.

New Yorker cartoonist Ken Krimstein and scholar Jeffrey Shandler discuss “When I Grow Up,” Krimstein’s new graphic nonfiction book based on six of the hundreds of autobiographies of Eastern European Jewish teens collected by YIVO on the brink of World War II. Register here. 3:00 p.m.

Poet and storyteller Ari Satok will present a talk and workshop on his most recent book of poetry, “Love Too Can Spread,” hosted by The Jewish Community Project of Lower Manhattan. Register here. 7:00 p.m.

Join the Center for Jewish History and The New York Jewish Week on Nov. 29 at 6:00 p.m. for a tribute to William Helmreich, the late sociologist, author, scholar of Judaism and distinguished professor. Featuring Jeffrey S. Gurock, the Libby M. Klaperman Professor of Jewish History at Yeshiva University, and Matt Green, who, like Helmreich, walked every block of New York City for his film “The World Before Your Feet.” Moderated by Sandee Brawarsky. Register here.