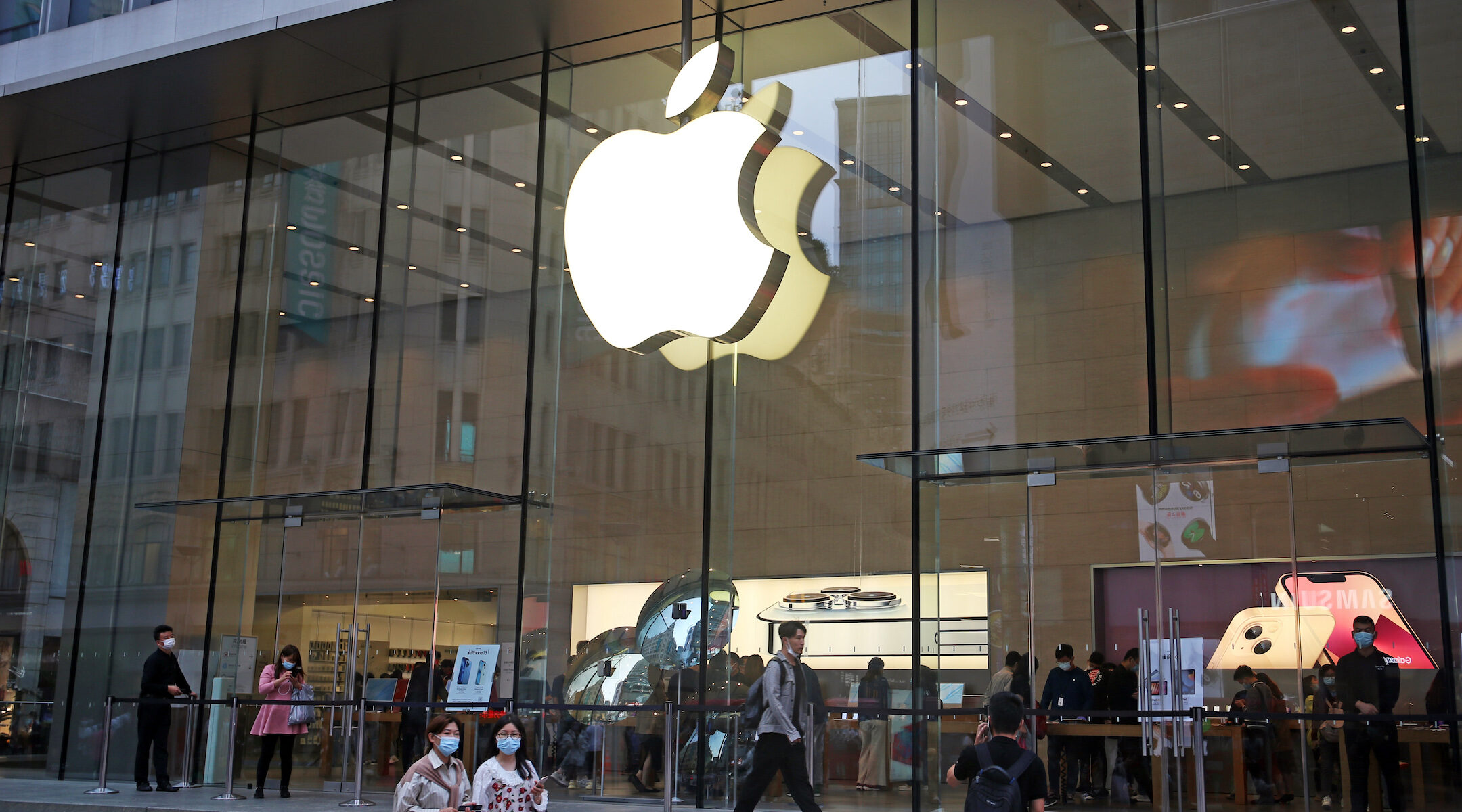 (JTA) — Apple filed a lawsuit in federal court Tuesday against NSO Group, the Israeli firm that was sanctioned by the United States last month for selling its cell phone hacking spyware to governments that used it to spy on activists and journalists.

Apple is seeking a permanent injunction that would prevent NSO Group from using Apple software. The company is also seeking damages of over $75,000.

NSO Group is the creator of Pegasus, a spyware that can take over a target’s cellphone and collect data from it. The company was blacklisted by the U.S. government earlier this month after it was discovered to have sold its spyware to governments that used it for spying purposes.

The spyware was at the center of reporting by a consortium of news organizations, called the Pegasus Project, which detailed the ways in which foreign governments and actors have used the technology to target journalist, activists and others. In 2019, WhatsApp sued NSO Group for allegedly using the app to access the phones of 1,400 WhatsApp users, including journalists and activists. The sanctions imposed last month mean the companies can no longer use American technologies, though American customers can still purchase their products.

In its announcement of the lawsuit, Apple said it had fixed the security flaws that allowed Pegasus to access iPhones and that it would inform iPhone users who were impacted by the breach. Ivan Krstić, head of Apple Security Engineering and Architecture, said in a statement that the lawsuit was a warning to other spyware companies.

“The steps we’re taking today will send a clear message: In a free society, it is unacceptable to weaponize powerful state-sponsored spyware against those who seek to make the world a better place,” Krstić said.