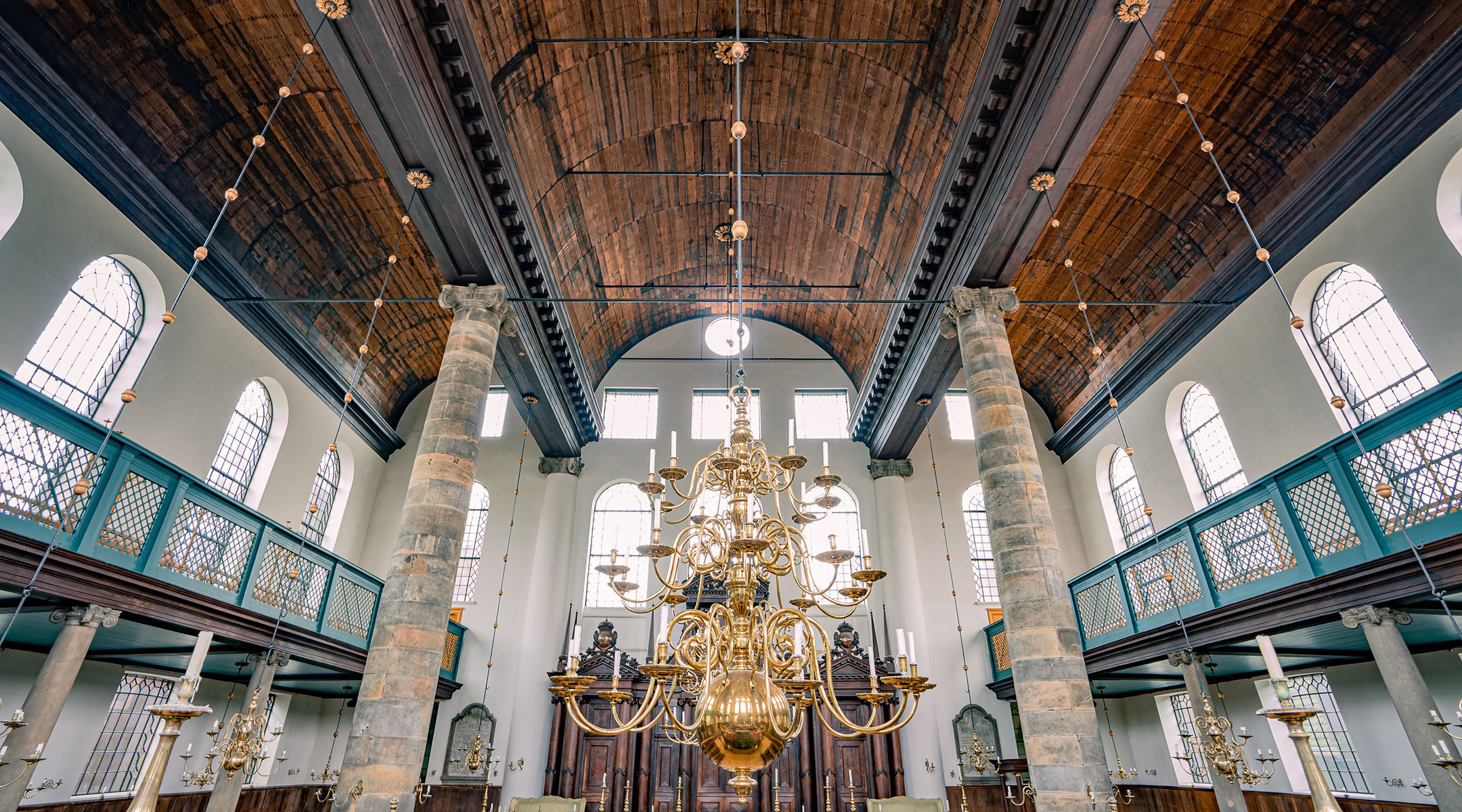 A view inside the Portuguese Synagogue in Amsterdam, which is part of the city's Jewish Cultural Quarter. (Bas de Brouwer)
Advertisement

AMSTERDAM (JTA) — An organization responsible for Amsterdam’s historic Portuguese Synagogue has apologized to a scholar whom a resident rabbi last week declared persona non grata due to a centuries-old edict against the philosopher Baruch Spinoza.

“We regret that a perfectly normal request to visit the premises of the Portuguese Synagogue […] has led to an international uproar,” Michael Minco and Emile Schrijver wrote on Tuesday to the scholar, Yitzhak Melamed, a professor of philosophy at Johns Hopkins University.

Melamed sought access to the synagogue to make a documentary about Spinoza, whom the Portuguese Jewish community of Amsterdam excommunicated in 1656 for writings that it deemed heretic. Rabbi Joseph Serfaty last week rejected Melamed’s request in a letter that the scholar posted on Facebook.

The ban “remains in force and cannot be rescinded. You have devoted your life to the study of Spinoza’s banned works and the development of his ideas,” Serfaty wrote. “I therefore deny your request and declare you persona non grata in the Portuguese Synagogue complex.”

Serfaty’s decision has been overturned, they wrote, and Melamed is welcome to visit the synagogue and its library.

“We do hope that you will decide to pursue your plans to come to Amsterdam to do your work as requested,” Minco and Schrijver wrote in the letter. “We are looking forward to welcoming you.”

Serfaty has apologized in a statement for “the way in which the letter was sent” to Melamed but stands behind its content, according to the Dutch Jewish news site Jonet.

Serfaty did not reply to repeated requests for comment this week from the Jewish Telegraphic Agency.