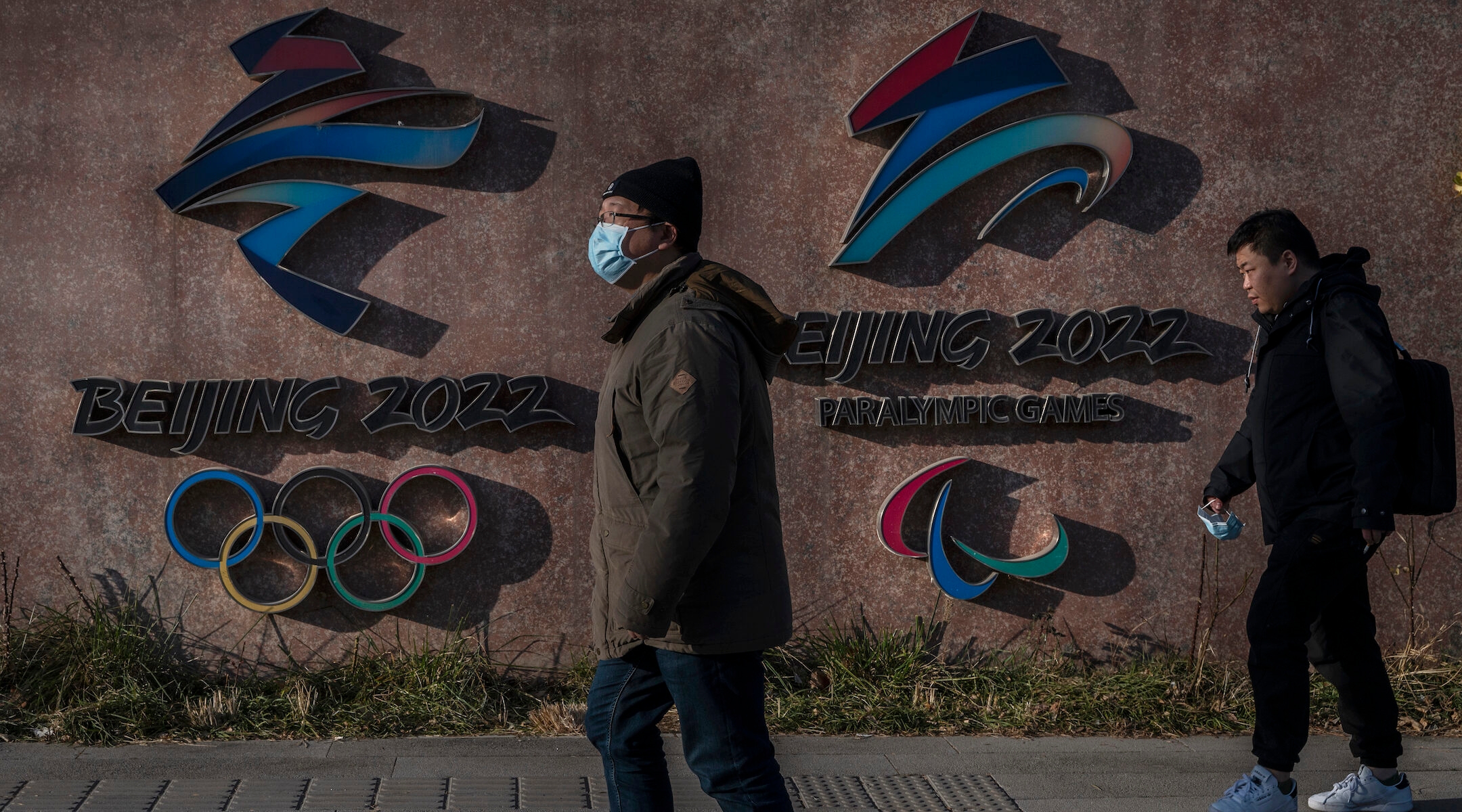 Visitors walk by the logos for the Beijing 2022 Winter Olympics and Paralympics, Dec. 7, 2021 in Beijing, China. The games are set to open on Feb. 4, 2022. (Kevin Frayer/Getty Images)
Advertisement

(JTA) — Israeli officials are expected to attend the Winter Olympic Games in Beijing next year, unlike their American counterparts who will boycott the game to protest China’s human rights abuses against the Uighur Muslim minority.

Earlier this week, the United States announced that no American officials would attend the games. The boycott only applies to diplomatic officials and does not impact the American athletes who will compete in the games. Australia has also said it would boycott the games due to China’s human rights abuses.

Even with its close ties to the United States, Israel has grown closer to China in recent years due to trade ties between the countries.

In October, Israel chose not to sign a United Nations statement expressing concern about welfare of the Uighurs, a Muslim minority group in China that has been forced into “re-education camps,” which some have likened to concentration camps.

The statement was signed by 43 countries, including the United States and several allies, among them the United Kingdom, Germany and Australia. At the time, an Israeli diplomatic official told The Times of Israel that the Israeli government had “other interests that it has to balance” in its relationship with China.

Concern over China’s treatment of the Uighur minority — and comparisons of its “re-education camps” to concentration camps during the Holocaust — have been growing within the global Jewish community for years. Activists in the United States have tried to mobilize the Jewish community behind the Uighurs’ cause as in the case of the genocide in Darfur in the early 2000s, while British Jews have led the fight against the abuses of the Uighurs in the United Kingdom.