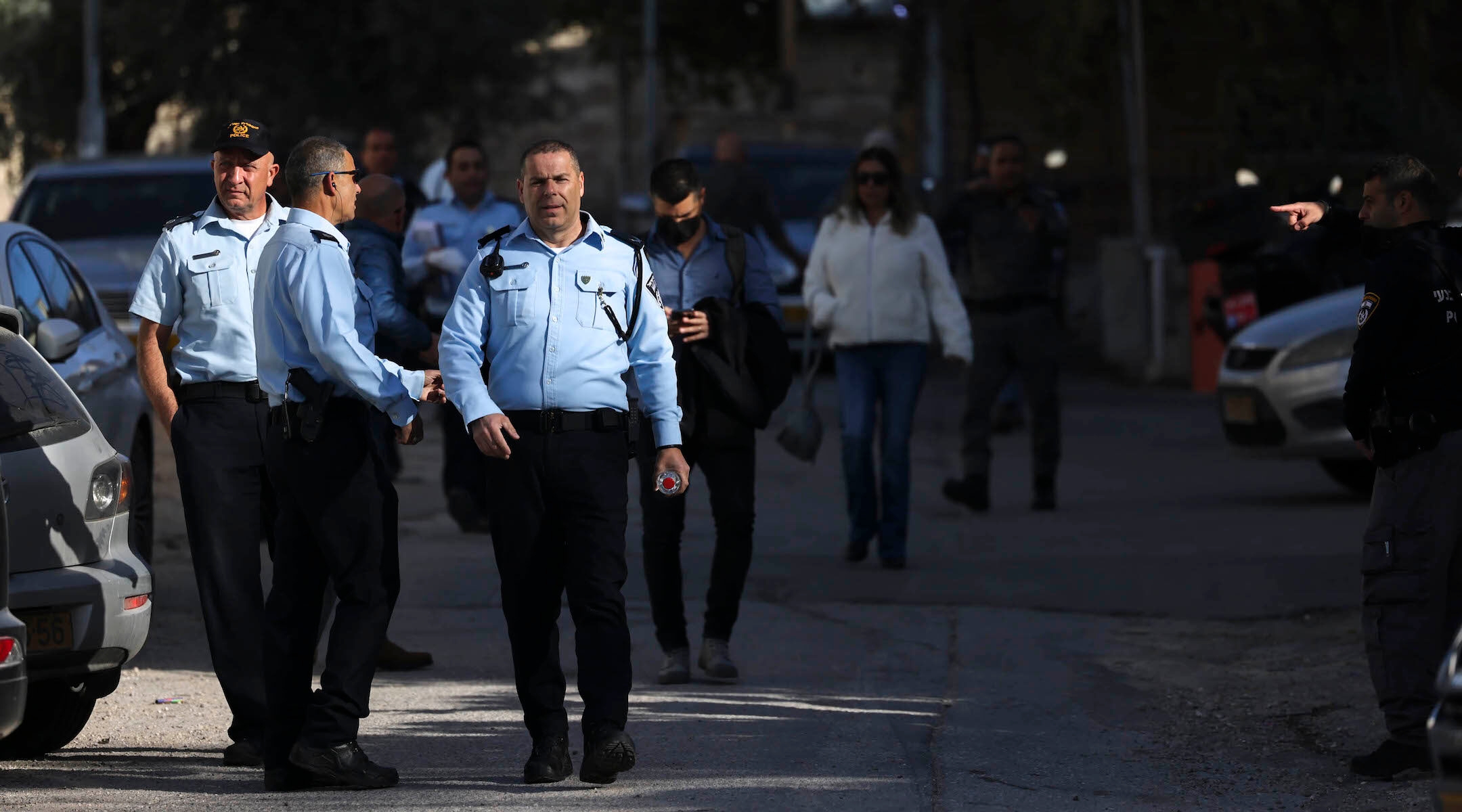 Police officers at the scene of a stabbing attack in East Jerusalem on Dec. 8, 2021. (Yonatan Sindel/Flash90)
Advertisement

(JTA) — An Israeli woman was stabbed by a Palestinian teenage girl near the East Jerusalem neighborhood of Sheikh Jarrah Wednesday morning in the latest suspected “lone wolf” terror attack in recent weeks.

The woman, 26, was walking her children to school when the girl stabbed her in the back before fleeing the scene. The Israeli woman was taken to the hospital with light wounds, according to The Times of Israel. Israeli police arrested the girl, 14, at a school nearby.

“Luckily, they brought her in with the knife still in her back, as they should. She reached the trauma center and we checked her and stabilized her, and we were able to remove the knife,” Dr. Hagi Mazeh, the head of the trauma center at Hadassah Mount Scopus Hospital, told reporters, according to The Times of Israel.

The attack took place just outside of Sheikh Jarrah, the East Jerusalem neighborhood where dozens of Palestinians faced eviction in a case before Israel’s Supreme Court earlier this year and which became a flash point during the conflict between Israel and Hamas in Gaza in May.

The attack is the latest in a wave of lone wolf attacks in Jerusalem in recent weeks. Earlier this week, a Palestinian teenager rammed a car into a guard station at a West Bank checkpoint and injured a guard before being shot dead by Israeli officers. On Saturday, an Israeli man was stabbed by a Palestinian assailant in the Old City. The attacker was shot and killed at the scene. Last month, a Hamas gunman killed Eliyahu Kay, a 25-year-old Israeli, also in Jerusalem’s Old City.