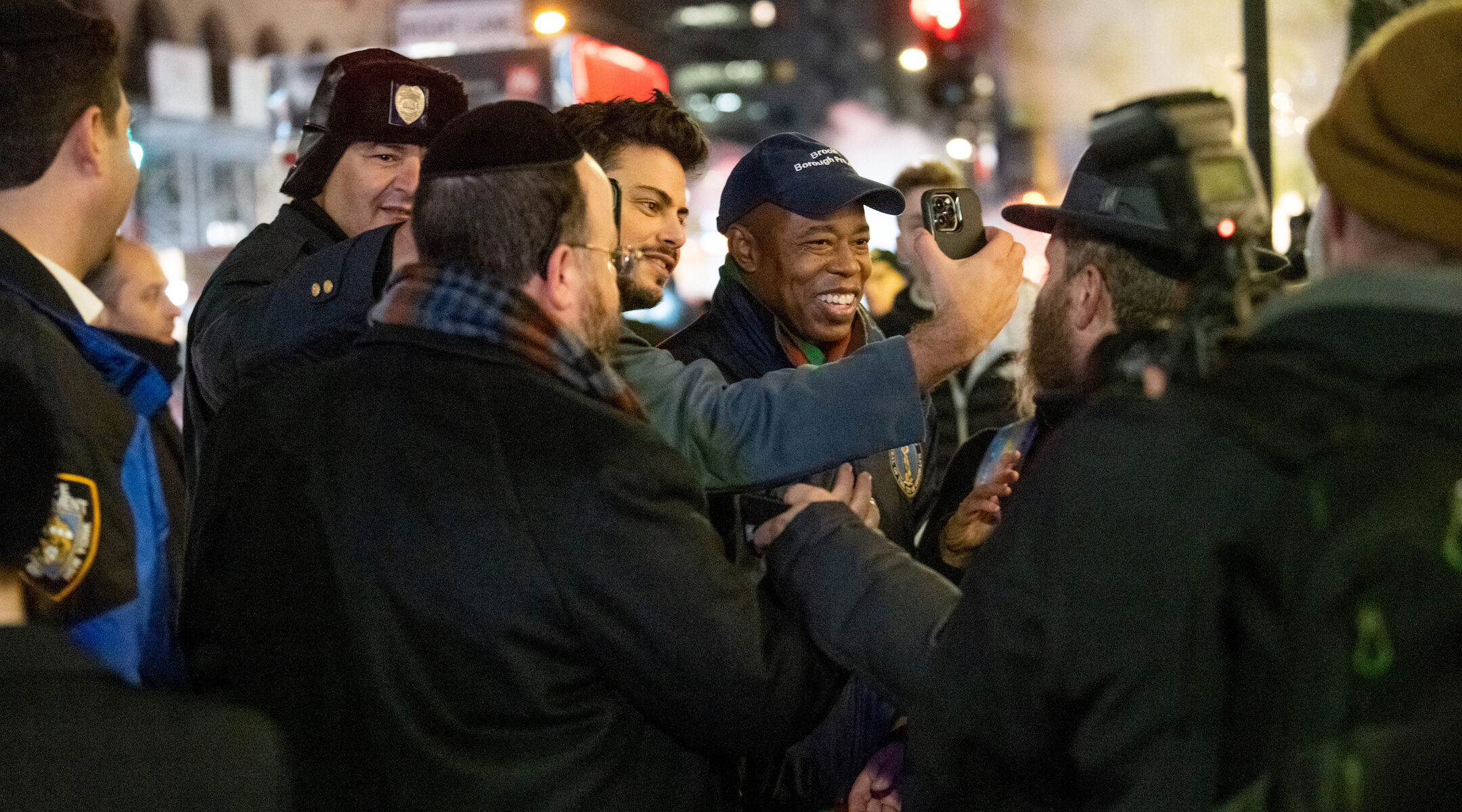 Good morning, New York City! You’ve probably noticed that we’re in middle of an enjoyable (if deeply disturbing) stretch of balmy weather — today’s high is 56 degrees, according to my newly-updated iPhone. As it happens, today’s date, December 15, is actually the average date of the first measurable snow in Central Park. I’m no meteorologist, but, looking at the forecast, I don’t think we’ll be seeing snow anytime soon.

Also: Thank you so much to those who wrote me with feedback about the New York Jewish Week and this newsletter. Please keep your thoughts coming! Email me at lkeys@jewishweek.org.

SHABBAT SHIFT: Inauguration Day in New York City is January 1 — a Saturday — and it traditionally takes place at noon. But in order to accommodate his observant Jewish supporters, incoming Mayor Eric Adams shifted it to later in the day, after Shabbat. (New York Jewish Week)

MY UNORTHODOX DIVORCE?: The New York Post’s Page Six is reporting that Julia Haart, star of the Netflix reality hit “My Unorthodox Life,” is splitting with her husband and colleague, Silvio Scaglia Haart. An unnamed source says the couple “are living separate lives” — but another source says otherwise. (Page Six)

CREAM CHEESE CHRONICLES: Just what, exactly, is behind the mysterious cream cheese shortage of 2021? In recent weeks, supply-chain issues and cyberattacks have been blamed. And now the Forward has another compelling theory: Competition over water usage in Lowell, New York, where one of the country’s largest cream cheese factories is located. (Forward)

THE LAWSUIT NEXT DOOR:  Joe Nocera, the journalist who created the hit podcast “The Shrink Next Door” — a true story about a manipulative psychiatrist and his patient — is suing his former employer, Bloomberg, for allegedly cutting him out of the revenue it received when “Shrink,” whose main characters were religious Jews from Manhattan, became a TV show this year. (Washington Post)

Join the Melton School of Adult Jewish Learning for “Crypto-Jews: Shedding Light on Hidden Lives” — true stories of converted and hidden Jews that have only recently come to light. Today’s session will focus on a little-known story among the peoples of Appalachia. Register here. 1:00 p.m.

Join New York Jewish Week and the Museum of Jewish Heritage Friday, Dec. 17 at noon for a behind-the-scenes conversation with Dr. Ruth Westheimer and Tovah Feldshuh, the leading ladies behind the off-Broadway hit “Becoming Dr. Ruth.” Westheimer and Feldshuh will chat with our own Julia Gergely about their friendship, the new one-woman show and the best things about being New Yorkers. Register here.