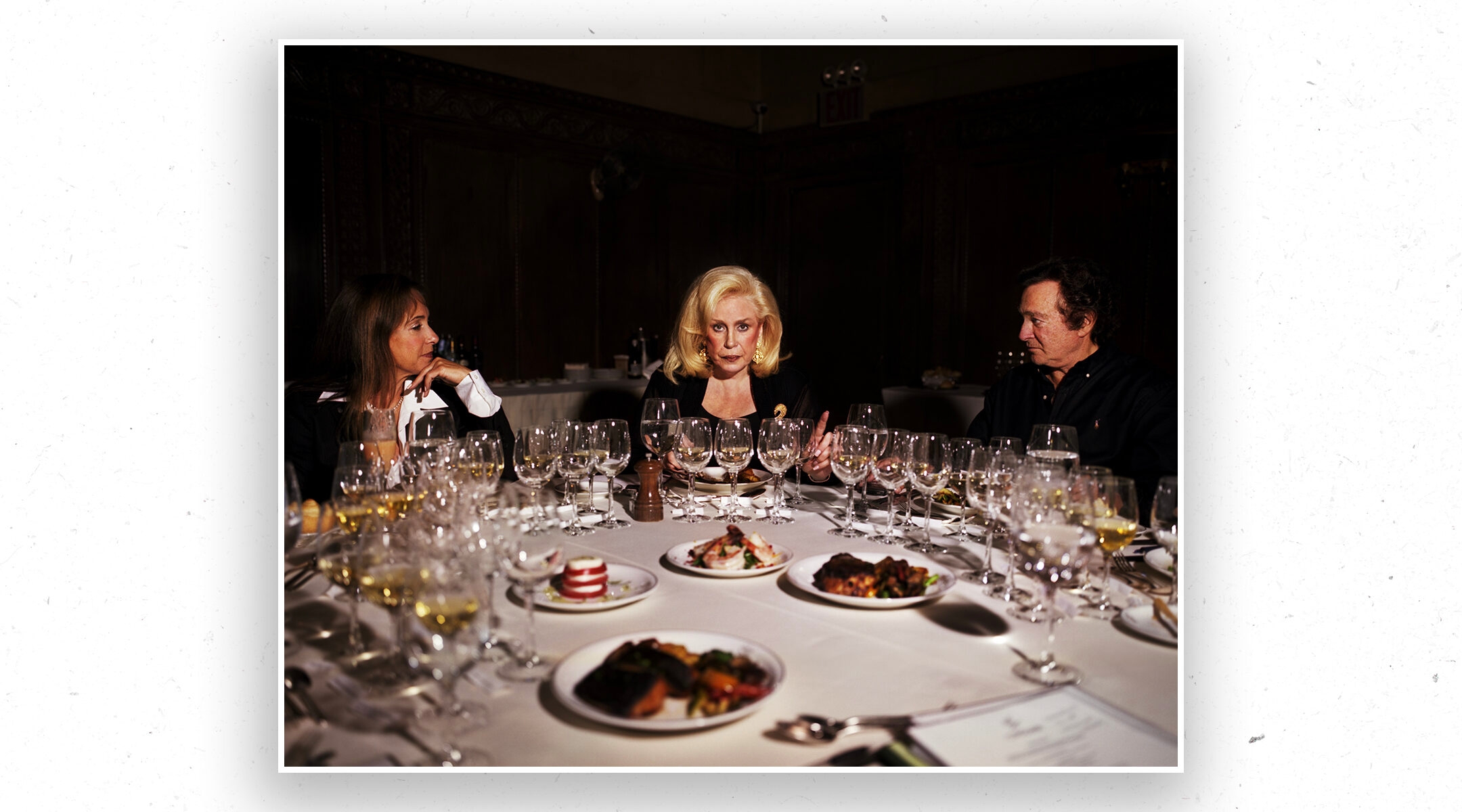 "Mom and Dad with the wedding planner, 2008," a photograph by Gillian Laub, is featured in “Family Matters,” an exhibit at New York’s International Center of Photography through Jan. 10, 2022. (Gillian Laub)
Advertisement

Good morning, New York. We learned a new name for that guilt you feel for feeling grumpy during, you know, a never-ending pandemic: It’s called “mood shaming,” and apparently — according to a science writer who never met our parents — guilt is a bad thing.

LAWSUIT: Jake Cohen, the self-described “nice Jewish boy” and food writer with a large social media following, is named in a federal discrimination lawsuit alleging racism and sexism at Feedfeed, his former employer. Two women of color accuse Cohen of bullying and racism while they were employed at the media company; Cohen, who was named to The Jewish Week’s list of “36 Under 36” young influencers in 2021, denied their allegations. (New York Jewish Week)

IN FOCUS: For two decades, photographer Gillian Laub, 46, has been chronicling her colorful, larger-than-life Jewish New York family. In the Trump era, her work took a turn, and a solo exhibit at New York’s International Center of Photography shows how privilege, race and politics drove a wedge through her family. (New York Jewish Week)

GEVALT: Someone is mailing Yiddish translations of the New Testament to Orthodox Jewish households in Rockland County, according to a Jewish anti-missionary group. (Jerusalem Post)

FUSION: Meet the half-Italian, half-Indonesian chef behind the buzzworthy Manhattan restaurants Shuka and Shukette, and how she came to develop menus inspired by Israeli cuisine. (Haaretz).

REMEMBERING: Suzanne Singer was managing editor of Moment Magazine from 1987 to 2004, but the New York City native was perhaps best known as the mother of Alex Singer, an Israeli soldier who was 25 when he was killed in action during a skirmish with Lebanese terrorists in 1987. She and her late husband, Max Singer, a co-founder of the Hudson Institute, created The Alex Singer Project in his memory, an educational initiative based on a book of his writings and art. Suzanne Singer, a graduate of the Bronx High School of Science, moved to Jerusalem for good over 20 years ago, and died there Sunday at age 86. (Times of Israel)

With some 30,000 Afghan refugees on U.S. military bases awaiting resettlement, the Westchester Jewish Coalition for Immigration was recently awarded grants from UJA-Federation of New York and The Shapiro Foundation to welcome and assist them. WJCI will use the grants to mobilize synagogues, churches, mosques, community centers and individuals and convene co-sponsorship or “Host Groups.” The groups raise funds and form committees designed to acclimate newly-arrived refugees to their new home and community. Applications for WJCI micro-grants and more information about the new program can be found here. Questions about the grant process can be directed to info@wjci.org. Hear a presentation about the program tonight at a live Zoom town hall meeting, 7:30 p.m.

The first season of “Big Mouth,” the obscene, hilarious Netflix cartoon about puberty, featured an epically uncomfortable bat mitzvah. Jessica MacLeish — who, like the show’s co-creator, Nick Kroll — grew up in Westchester County, writes that the episode eerily resembles her own bat mitzvah, and conveys the “emotional realities” of growing up Jewish and coming of age. (Alma)

Join My Jewish Learning for a virtual tour about the Jews of India. Local guide Yael Jhirad is a Mumbai native who grew up as an active member of the Bene Israel Jewish community. Learn about the history of three major Jewish communities of India, and how they contribute to the rich fabric of India’s religious, ethnic and linguistic diversity. Register here. 11:00 a.m.

Dr. Eran Lerman, vice president of the Jerusalem Institute for Strategy and Security, joins the Jewish Policy Center from Jerusalem for a webinar on the future of the Iran nuclear program and the strength of the long-term U.S.-Israel security relationship. Register here. Noon.

Timothy Snyder, the Richard C. Levin Professor of History at Yale University and a permanent fellow at the Institute for Human Sciences in Vienna, discusses the “five forms” of freedom and presents a vision of a future where Americans are far freer than they are today. Register for this YIVO event here. 1:00 p.m.