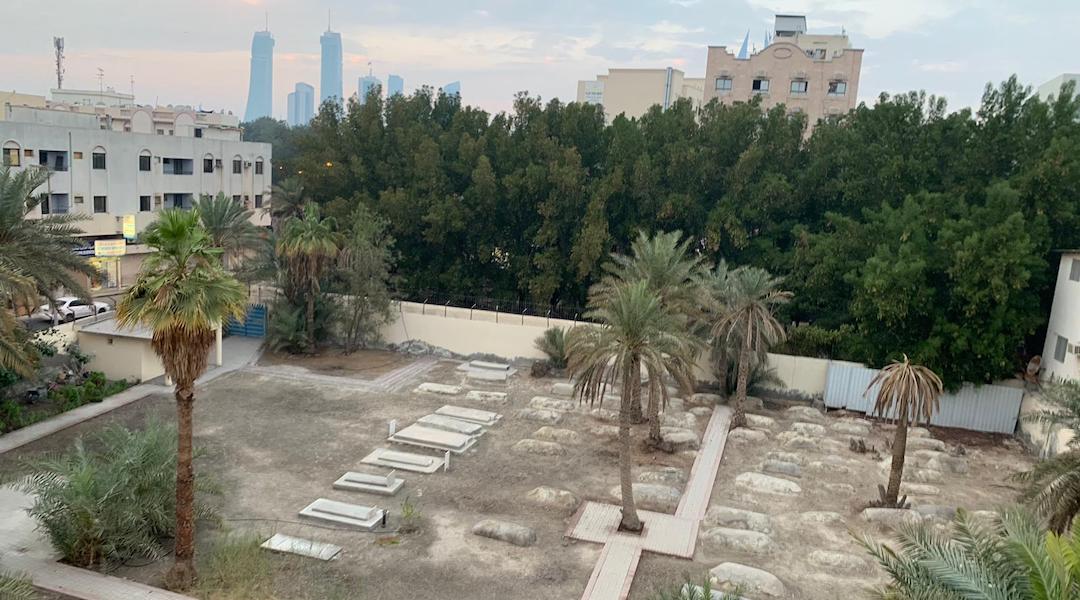 A view of the Jewish cemetery in Manama, Bahrain. (Courtesy of Association of Gulf Jewish Communities)
Advertisement

(JTA) — The Association of Gulf Jewish Communities, an organization that works to foster Jewish life in the Gulf states, will launch a fundraising campaign Sunday to restore and care for Bahrain’s Jewish cemetery, the only functioning Jewish cemetery in the Gulf region.

Part of the initiative, which will launch on Tu Bishvat, the Jewish new year for trees, will include planting trees in the cemetery.

“[W]e are planting trees in the Jewish cemetery of Bahrain which is akin to bringing life back to those that have lived in the beautiful community in Bahrain for centuries and made their resting place in Bahrain for eternity,” Rabbi Eli Abadie, head of the AGJC, said of the project.

The Jewish community in Bahrain dates back about 140 years to the late 1800s when a group of Iraqi Jews and a smaller number of Jews from Iran arrived in search of economic opportunities. Many were poor and lacked education but found jobs, and eventually success, in the clothing industry. The cemetery in Manama, Bahrain’s capitol, was established at the community’s peak in the 1920s and 30s when there were somewhere between 800 and 1,500 Jews in Bahrain.

In the decades since, the community has dwindled to some 50 people, as many younger Jews have moved away. But after the United Arab Emirates signed the Abraham Accords with Israel and Bahrain normalized relations with Israel shortly after, leaders of the Gulf Jewish communities have worked to revive Jewish life in the region, particularly in Bahrain, which hosts the only functioning Jewish cemetery as well as a synagogue.

In October, the community celebrated its first Jewish wedding in over 50 years and the AGJC launched a dating service for Jews across the Gulf states.