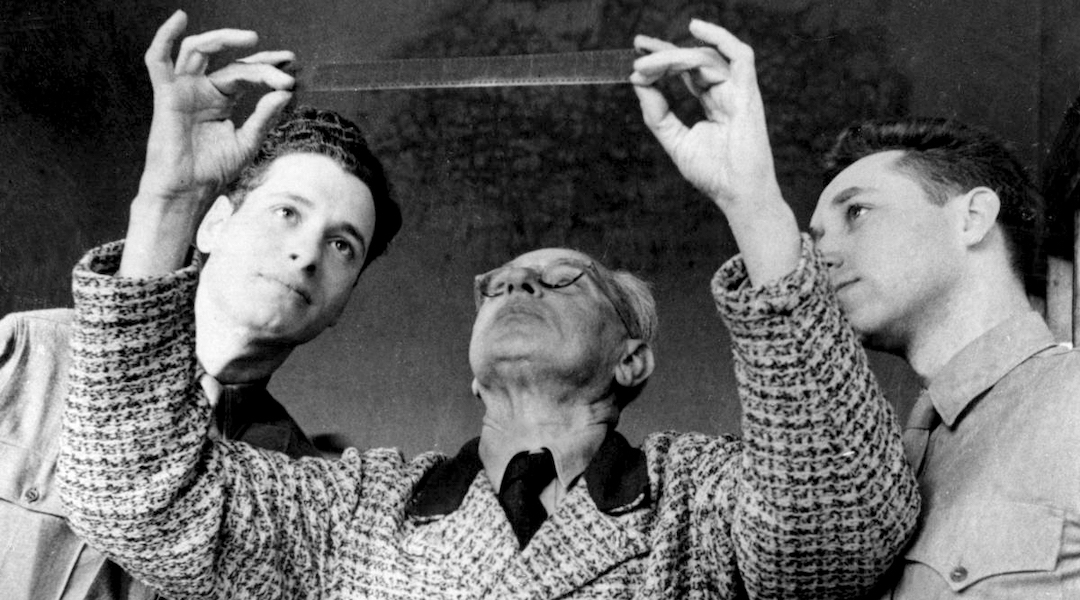 The documentary "The Lost Film of Nuremberg" is among the films being screened now through Jan. 25 at the New York Jewish Film Festival, a mix of in-person and online events. (Courtesy of the Jewish Museum)
Advertisement

Good morning, New York. Lots of news today: a boycott controversy, a hate crimes arrest, a councilwoman’s apology and a union drive. Let’s get to it:

BOYCOTT NEWS: A Brooklyn-based marketing firm said it won’t work with a Jewish think tank because of its “significant programming in Israel.” Read JTA’s exclusive on the dispute between Big Duck, the marketing firm, and the Manhattan-based Shalom Hartman Institute of North America, which says anti-Israel “litmus tests” take aim at the large Jewish majority that connects with Israel. (JTA)

ARREST: The NYPD nabbed a suspect in the Dec. 26 attack on a Jewish man in Bay Ridge, Brooklyn who was wearing an Israeli army sweatshirt. Othman Suleiman, 27, of Staten Island was charged with hate crimes on Tuesday. (Times of Israel)

BEYOND COMPARE: New York City Councilwoman Vickie Paladino apologized for comparing COVID vaccine requirements to Nazi Germany. The Queens Republican had been barred from council chambers because she refused to say whether she is vaccinated. (New York Jewish Week)

SCREEN GEMS: The New York Jewish Film Festival begins tonight! We have recommendations for some of the most intriguing documentaries and scripted films on the bill. Co-presented by the Jewish Museum and Film at Lincoln Center, the festival runs Jan. 12-25 with a mix of live and online screenings, plus Q&A’s with the films’ creators. (New York Jewish Week)

UNION LABELS: Staff at New York’s Jewish Museum are pushing to unionize. The museum said it “will respectfully engage in any process that transpires.” (Hyperallergic)

“PURE EVIL”: It’s been slightly over two years since a man with a machete attacked Jews attending a Hanukkah party in Monsey, New York, killing Josef Neumann, 72. Sen. Chuck Schumer and Gov. Kathy Hochul were among the dignitaries marking the anniversary at a virtual event yesterday. (Jerusalem Post)