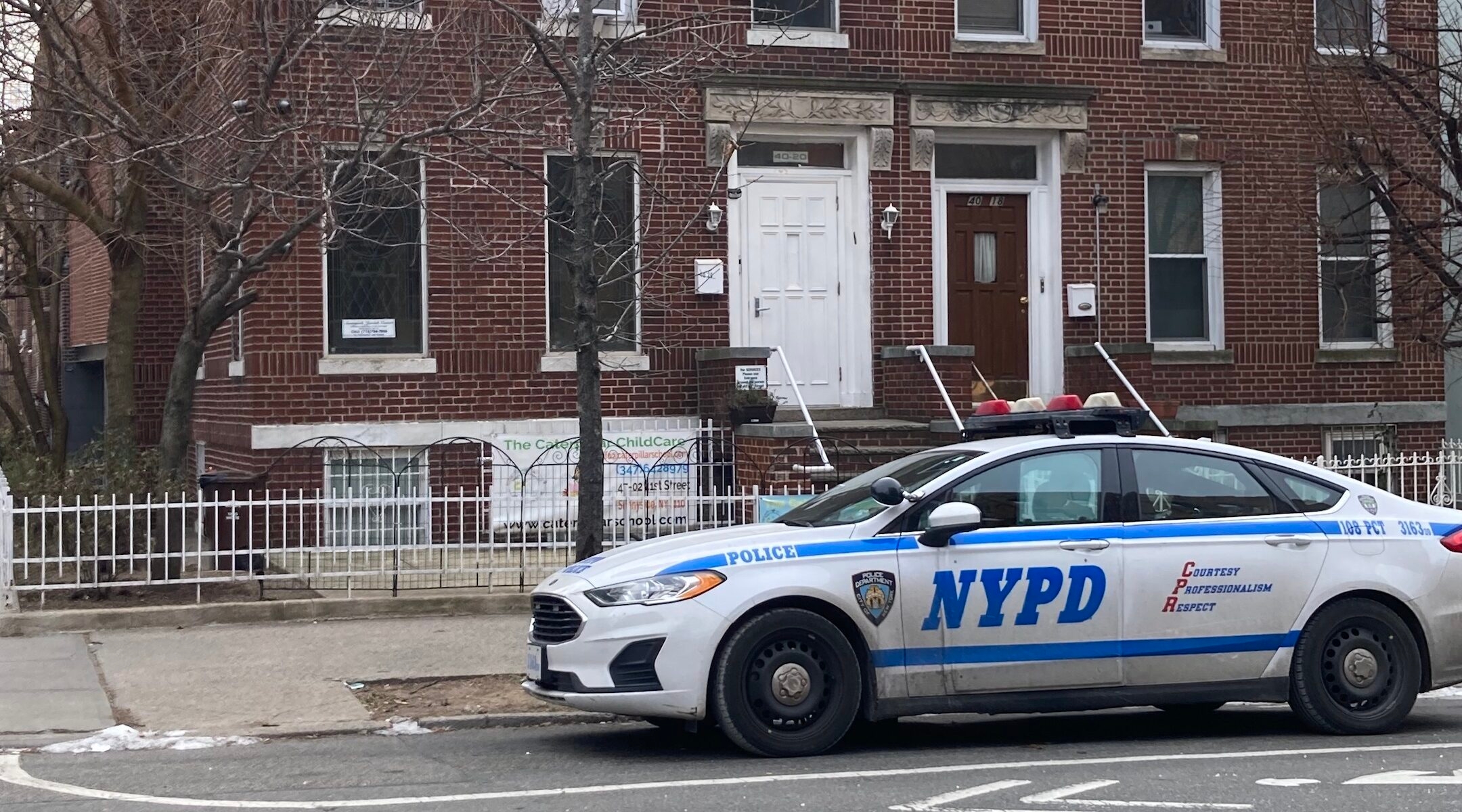 An NYPD patrol car parked outside the Sunnyside Jewish Center in Queens on Sunday, Jan. 16, 2022. The city deployed additional resources to Jewish locations around the city on Saturday night as the hostage crisis at a Dallas-area synagogue unfolded. (Lisa Keys)
Advertisement

Good morning, New York. We’re still processing Saturday’s hostage crisis at Congregation Beth Israel in Colleyville, Texas, and to do so are turning to essential reporting from our colleagues at the Jewish Telegraphic Agency. Keep up on the latest here.

What might happen in 2022, and what stories will Jewish media focus on? Today at 1:00 p.m. ET, please join Andrew Silow-Carroll of The New York Jewish Week and two of his 70 Faces Media colleagues — Philissa Cramer, editor of the Jewish Telegraphic Agency, and Molly Tolsky, editor of Alma and Kveller — for an editors’ roundtable on the year ahead in Jewish news and culture. Register here to join the conversation.

THE CRISIS IN COLLEYVILLE

Among the details of the hostage standoff on Saturday was news that the suspect had reached out to Angela Buchdahl, senior rabbi at Central Synagogue, who spoke twice to the attacker and alerted the FBI. “It was a surreal and scary day,” Buchdahl told JTA. “I am so grateful for the outcome.”

Dozens of NYC Jewish leaders led a virtual vigil of “hope and prayer” on Sunday night after all the hostages were freed. Watch the video here.

Mayor Eric Adams said the NYPD deployed additional resources to key Jewish locations around the city on Saturday night “due to an abundance of caution.” (ABC7)

The hostage-taker, who died in the standoff, flew into John F. Kennedy Airport just before New Year’s and reportedly stayed at a hotel on Queens Boulevard before heading to Texas. (New York Times)

In the wake of the synagogue hostage crisis in Texas, a Manhattan rabbi and a local Muslim leader discuss the need to build bridges between their communities. “Opportunists are already hard at work exploiting our trauma in order to pit Muslims and Jews against each other,” write Eboo Patel, founder and president of the Interfaith Youth Core, and Joshua Stanton, rabbi of East End Temple in Manhattan.

What are the most popular bagels in New York City? Data from GrubHub found favorite spots in Queens, Manhattan and Brooklyn — but also identified a suspicious hankering for heretical flavors like cinnamon, blueberry and jalapeño. Julia Gergely reports. 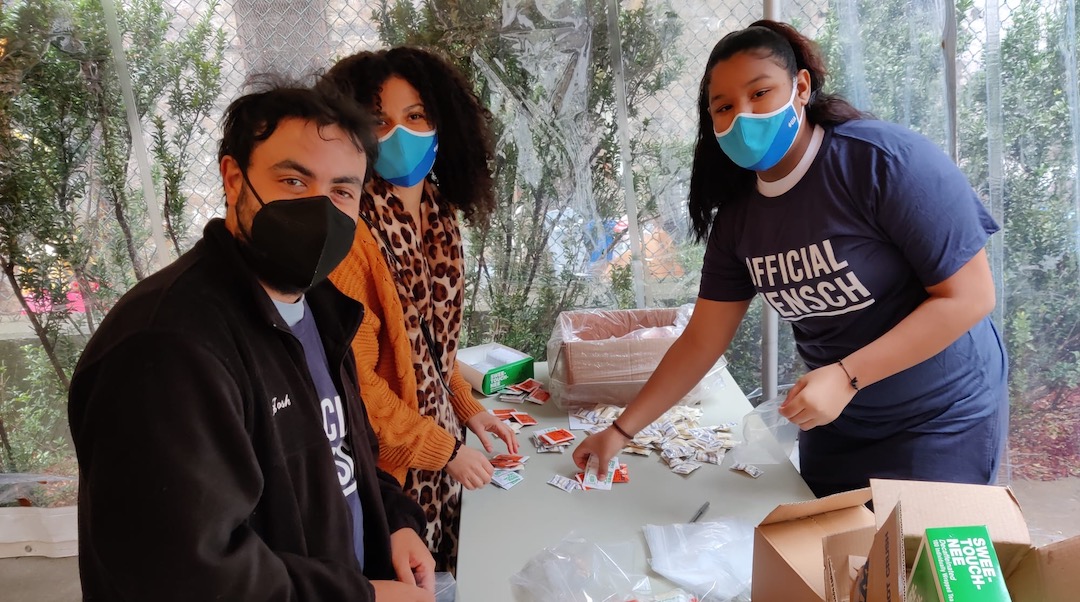 Volunteers pack supplies for the needy (above) at one of dozens of opportunities to assist the less fortunate during UJA-Federation of New York’s “MLK Day” of service opportunities, Jan. 17, 2022. Thousands of volunteers came together to package, donate and deliver items across New York City, Westchester and Long Island. (Photo courtesy UJA)

Rabbi Israel “Sy” Dresner, who demonstrated with Martin Luther King Jr. and was sometimes called the “most arrested rabbi in America,” died Thursday at age 92. Dresner, who was a Freedom Rider in the 1960s, was born on the Lower East Side and was the longtime rabbi of Temple Sha’arey Shalom in Springfield, New Jersey. (JTA)

Dr. Regina Stein leads a course on how to read and explore the poetry of Yehuda Amichai, the popular Israeli poet. The classes will be held over Zoom every Tuesday through Feb. 22 and may be taken separately. Register for these Museum at Eldridge Street classes here. 11:00 a.m.

Tomorrow, Jan. 19, at 6:00 p.m. ET,  The Jewish Week and UJA-Federation of New York present Nomi Stolzenberg and David Myers for a discussion of their new book “American Shtetl: The Making of Kiryas Joel, a Hasidic Village in Upstate New York,” the first to tell the detailed story of how a group of Yiddish-speaking, pious Jews created a vibrant world apart. Register here.

Photo, top: An NYPD patrol car parked outside the Sunnyside Jewish Center in Queens on Sunday, Jan. 16, 2022. The city deployed additional resources to Jewish locations around the city on Saturday night as the hostage crisis at a Dallas-area synagogue unfolded. (Lisa Keys)