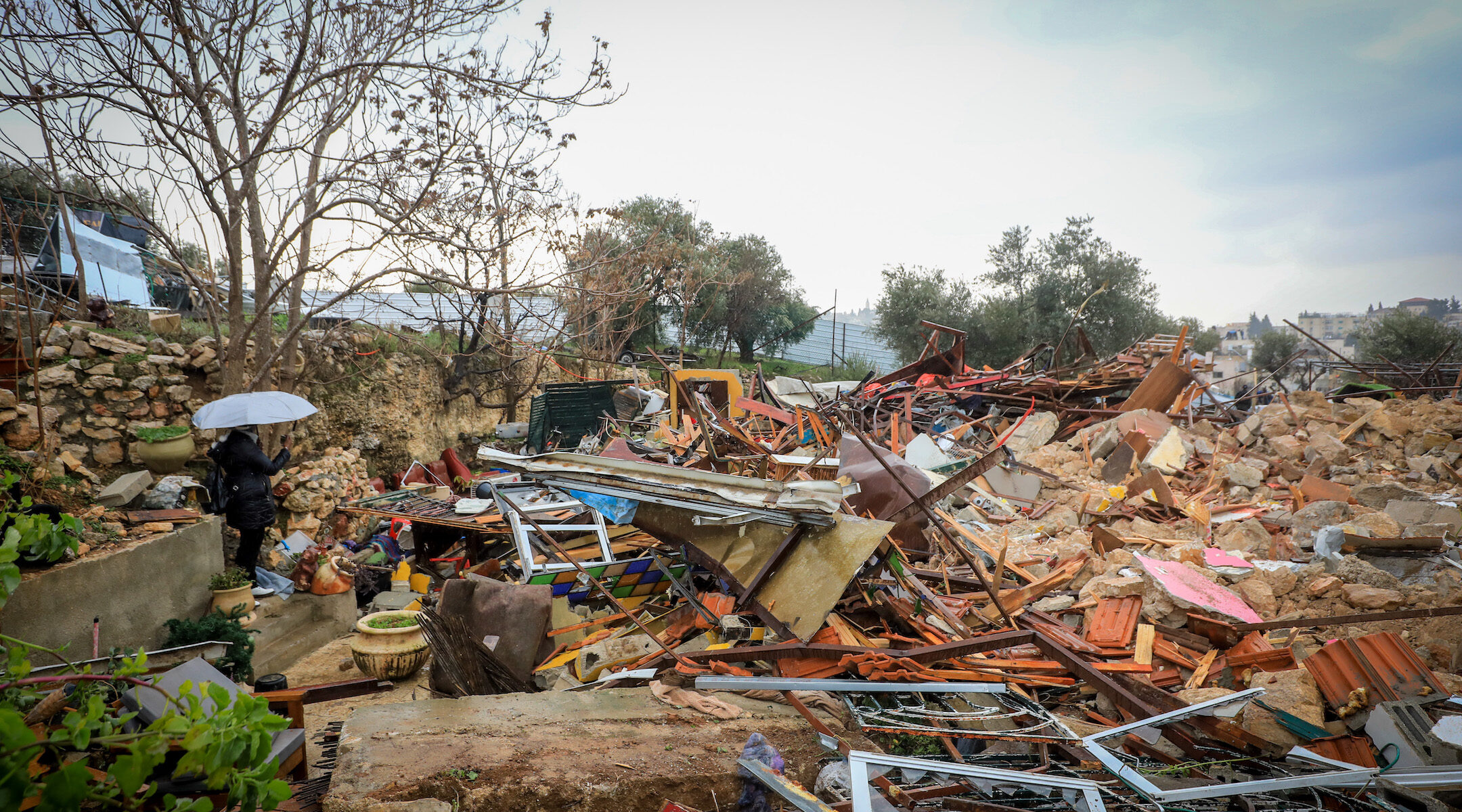 The remains of a house that was destroyed by Israeli authorities, in the East Jerusalem neighborhood of Sheikh Jarrah, Jan. 19, 2022. (Jamal Awad/Flash90)
Advertisement

(JTA) — Israeli police evicted a Palestinian family from their home on Wednesday in the East Jerusalem neighborhood of Sheikh Jarrah, where tensions exploded and helped set off an armed conflict between Israel and Hamas in Gaza last May.

The family was evicted to make way for a school to serve Palestinian children with special needs, The Times of Israel reported, citing Jerusalem city officials.

“We do this for any structure that is built illegally. It happens in West Jerusalem, and it happens in East Jerusalem,” Jerusalem Deputy Mayor Fleur Hasson-Nahoum told The Times of Israel.

The Salihya family said they had lived in the home since the 1950s but Hasson-Nahoum said it had been illegally constructed in the 1990s. Obtaining official permits for construction in East Jerusalem is notoriously difficult for Palestinians, leading many to build illegally.

The plot of land on which the Salihya’s home stood has been the subject of a legal battle since 2017, when the Jerusalem municipality announced plans to construct a school on the site. Though the family sued to stop the plans, a court ruled against the family last year.

Sheikh Jarrah, an eastern Jerusalem neighborhood that some Israeli Jews refer to as Shimon Hatzaddik, is a largely Palestinian neighborhood. During Israel’s 1948 War of Independence, Jews who had been living in Sheikh Jarrah fled the area and were not allowed to return when Jordan took it over. Jordan gave housing in the neighborhood to a small number of Palestinian families who had fled Israel in the war and were not allowed to return. Those families had to begin paying rent to Israelis once Israel took control of eastern Jerusalem during the 1967 Six Day War.

Over the past decade or so, a group of Israeli Jews have petitioned Israeli courts to let them reclaim ownership and evict the Palestinian tenants. Protests in the neighborhood over the evictions in May 2021 helped set off a violent conflict between Israel and Hamas in Gaza which ended in a ceasefire after 11 days.