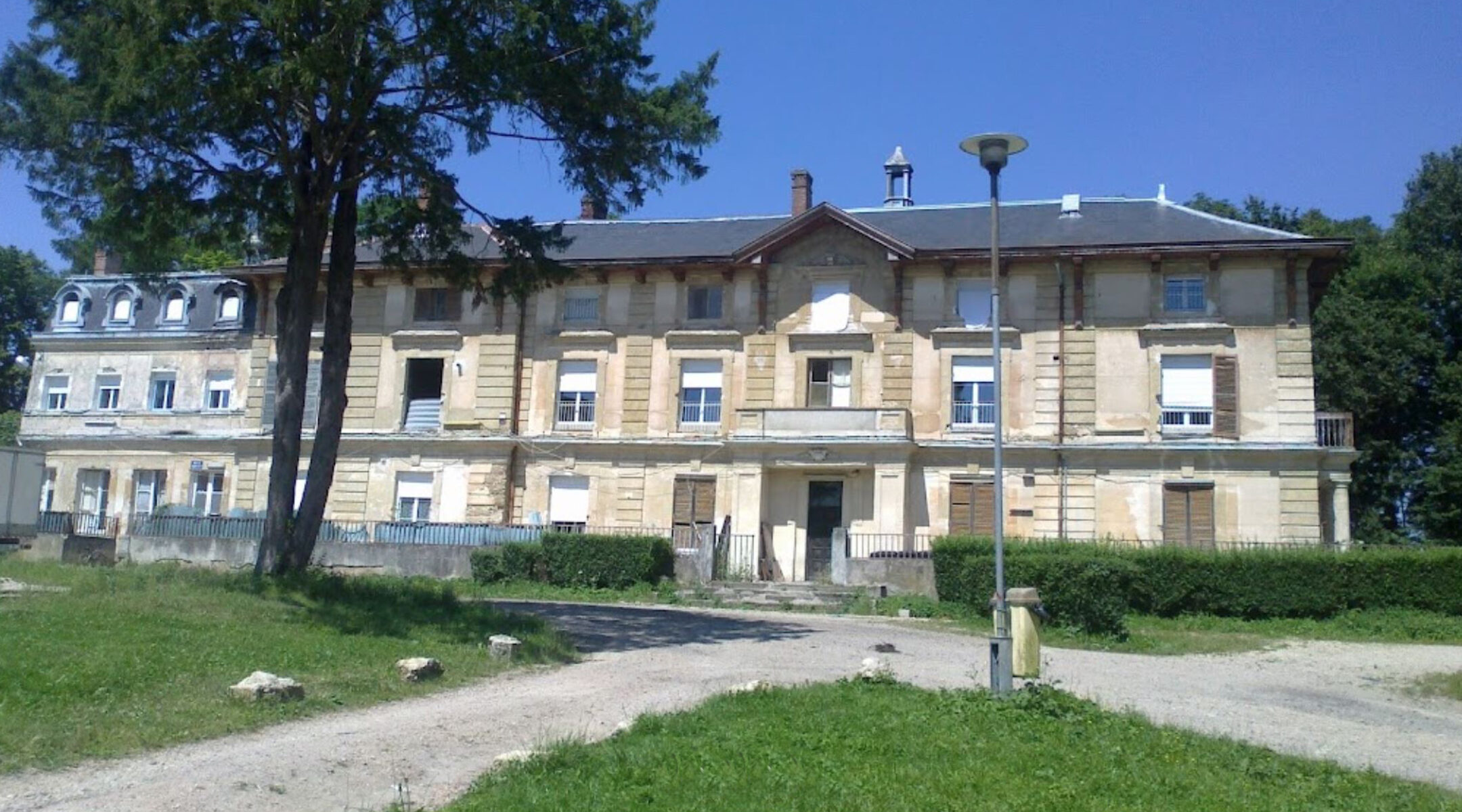 The entrance to the Yeshivat Beth Yossef in Bussières, France. (Google Maps)
Advertisement

Police began investigating Beth Yossef, a boarding school near Paris, in July, after a student left the institution and sought the help of staff at the U.S. embassy in Paris, Agence France-Press reported.

The prosecutor’s office of Meaux, a municipality east of Paris, said in a statement that it had raided the school, which enrolls students from Israel and the United States in addition to France, because investigators found that students were being mistreated. The entire faculty was arrested.

The raid was in response to “sequestration, confiscation of IDs, unsuitable living conditions, maltreatment, denial of access to education and other services without the possibility of allowing [students] to return to their families,” the statement said.

The raid Monday on Beth Yossef was the largest operation in recent history against a Jewish school in France, and the first time that the entire faculty of such an institution was arrested. It comes amid a crackdown against schools that operate outside of government oversight that began in France in 2020.

Many French Jews have supported the crackdown on unlicensed schools, announced by French President Emmanuel Macron and widely understood to be aimed at curbing informal Muslim schools as part of a broader push against radical Islam.

Attempts by the Jewish Telegraphic Agency to reach staff of Beth Yossef, which was founded in 1948, were not immediately successful. An accountant working for the institution said he had not been able to contact his employers since the raid. Reports in the French media about the arrests did not include the institution’s reaction to the allegations.

Beth Yossef is authorized by the French government to operate but does not receive government funding, leaving it outside the normal oversight structure for French schools. A task force set up to lead the crackdown on unlicensed schools — the Inter-ministerial Taskforce of Vigilance and Fight against Sectarian Movements — flagged it, Le Figaro reported.

Beth Yossef’s website offers extensive detail about its Judaic studies program but does not mention secular subjects at all.

Orthodox schools in Western Europe have come under increasing pressure by authorities in recent years to conform to mandatory curriculums. European officials have also objected to the segregation of male and female students and the instruction of the theory of evolution by natural selection in Orthodox schools.

The tension has resulted in inspections, loss of public funding and citations for noncompliant and partially compliant institutions. Arrests, however, have been extremely rare.

Meyer Habib, a prominent French Jewish politician, told JTA that he did not have specific information about the conditions at Beth Yossef and could “not assess at this point the merit of the allegations.

“There are all kinds of claims circulating: On the one hand, that things that shouldn’t happen did happen at Beth Yossef,” said Habib, a lawmaker in the French National Assembly and a former vice president of the CRIF umbrella group of French Jewish communities. “And on the other hand, that this is a case of students settling scores with teachers.”

What is known, he said, “is that the children are well, they are together in one place, they are getting kosher food and their legal guardians are being contacted.” Habib also said, “It is sad that this happened at such a reputable institution.”

Asked whether the raid at Beth Yossef could be entwined with the crackdown on Muslim counterparts amid fears of radicalization that Jewish leaders share, Habib said: “It’s a good question. It’s a question we will be asking in the coming days.”

At least 42 underage students from the yeshiva in the Paris suburb of Bussières (Seine-et-Marne) were placed at an undisclosed child welfare facility, Le Figaro reported. The state has assumed custody of the children provisionally for five days, during which attempts will be made to reunite them with their families abroad, the report said.

The status of any child whose legal guardian will not be located at the end of those five days will be determined by a family court, the report said.