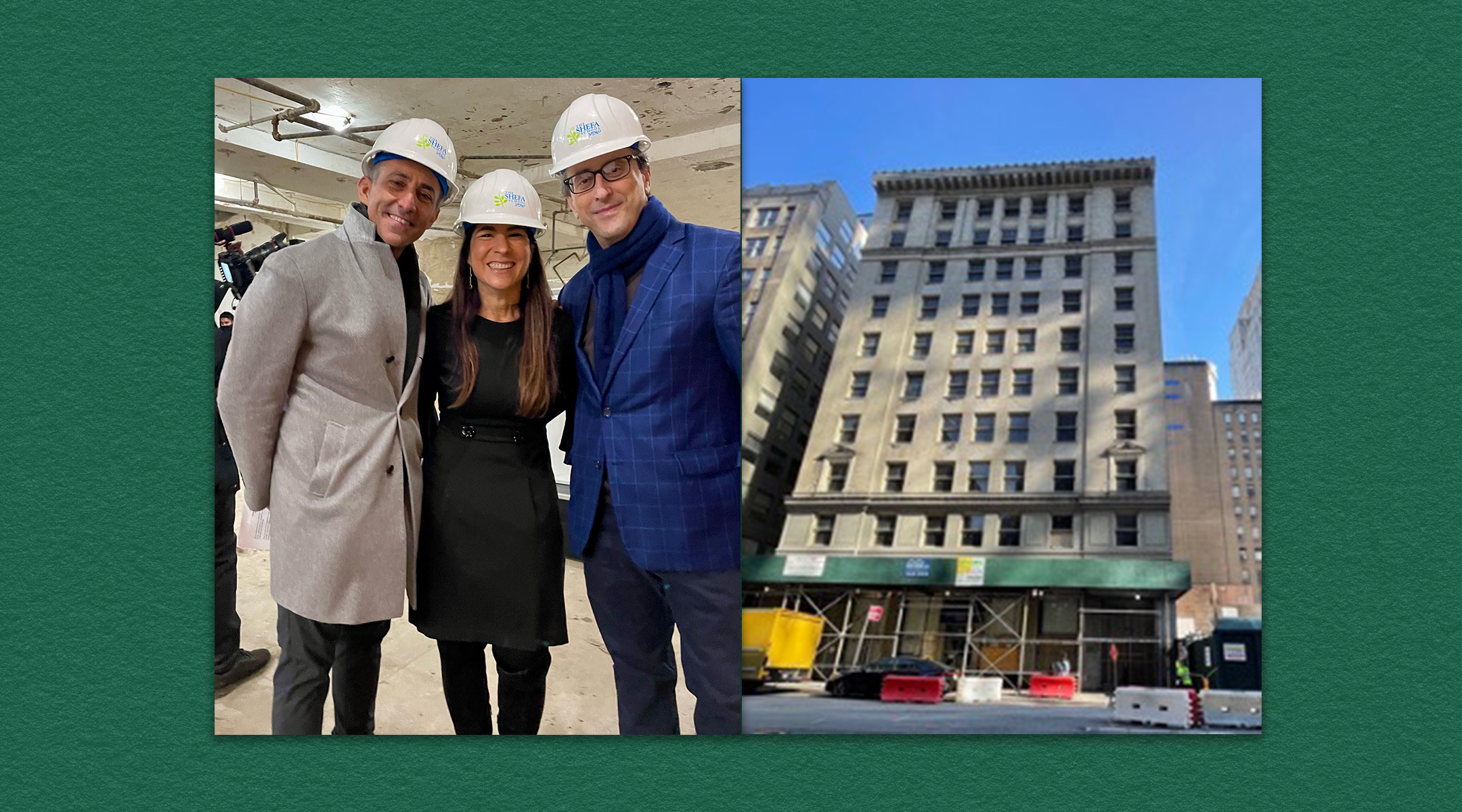 Simon Shemia, The Shefa School's board president, Ilana Ruskay-Kidd, founder and head of school, and Robert D. Frost, board member, pose at a groundbreaking ceremony for the school's new 12-story building on the Upper West Side, Feb. 1, 2022. (Caroline Weinstein)
Advertisement

Good morning, New York. It’s 2/2/22, which sounds like something our bubbe would say right after “Kinehora!“

Caught: The NYPD’s Hate Crimes Task Force has arrested the person accused of punching a Hasidic man in the nose early on Saturday, Jan. 22 in Crown Heights. Babyson Dumervil, a 24-year-old from Brooklyn, has been charged with assault.

Building abundance: The Shefa School — a Jewish day school serving students with language-based learning disabilities — is living up to its moniker, which means “abundance.” On Tuesday morning, the school community celebrated the beginning of construction for a new campus at 17 West 60th Street (see photo, above). The new building will increase its capacity to 350 students. Get the details here.

Meeting the mayor: Mayor Adams told New York Jewish leaders that he wants to hit “reset” with the NYPD, and build back public support for the city’s police. The mayor gave a briefing Tuesday to the annual Assembly of the Jewish Community Relations Council of New York, pledging, “We are going to make sure every [hate] crime is investigated and as fast as possible, [and] make an apprehension.”

Left, out: New York Jewish Agenda, the progressive group, condemned Amnesty International’s report accusing Israel of practicing apartheid against Palestinians. NYJA rejects the report’s “blustery and accusatory language” and “its selective recitation of the history that led to Israel’s creation.”

Bennett Golub, the founder of the BlackRock, Inc. financial management firm, was named the next president of the Jewish Community Relations Council of New York. On July 1 he will succeed Cheryl Fishbein.

Hear the story of Izmir, a long-overlooked Ottoman Jewish community in the late 19th and early 20th centuries. Dina Danon is associate professor of Judaic Studies at Binghamton University and author of “The Jews of Ottoman Izmir: A Modern History (Stanford University Press, 2020). Sign up here for this American Sephardi Federation event. Noon.

Study the conflict between the Hasidim and Mitnagdim with Dr. David Fishman, professor of Jewish History at the Jewish Theological Seminary. Register here. 8:00 p.m.