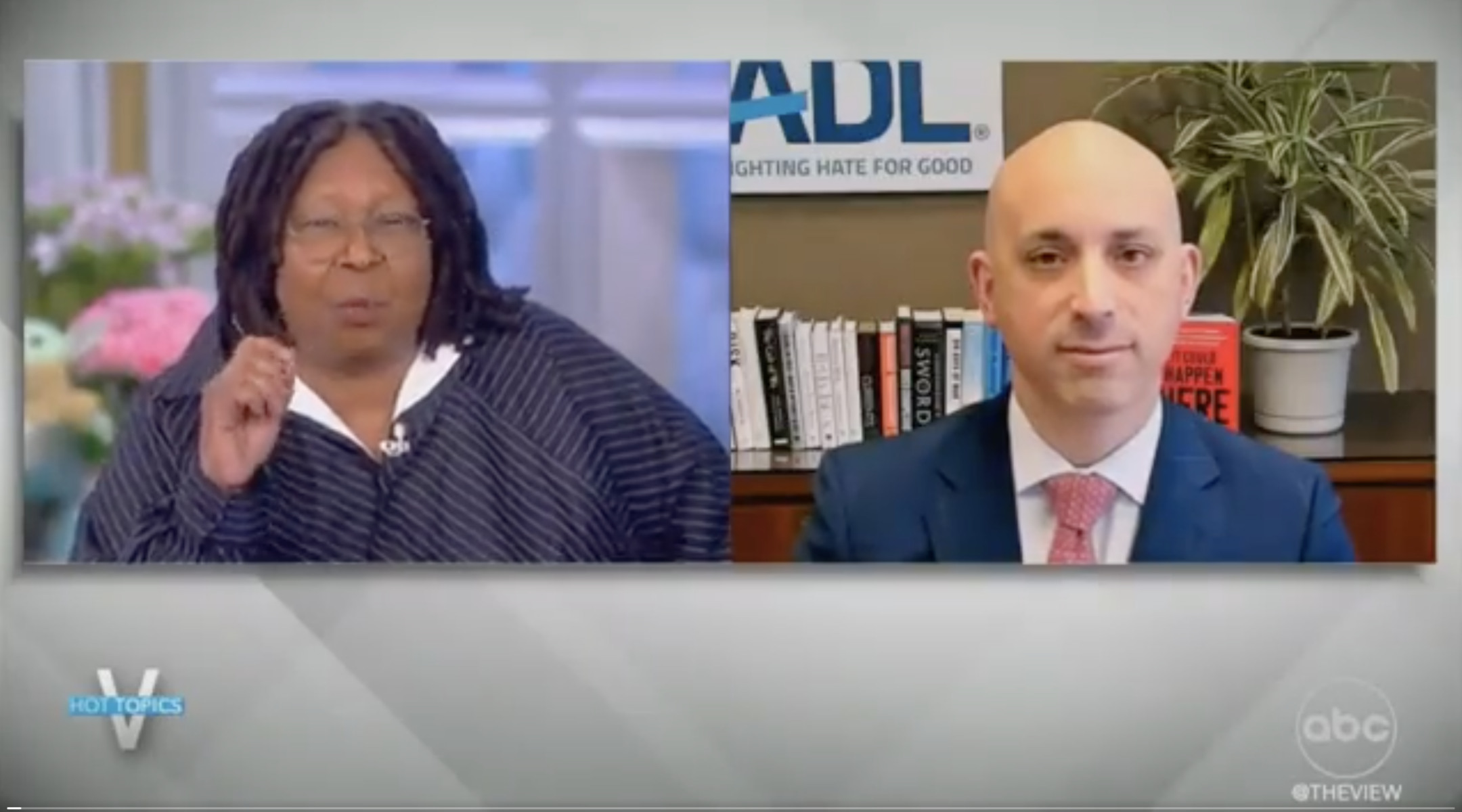 (JTA) — ABC has suspended Whoopi Goldberg from her role as a co-host of a morning TV talk show for two weeks amid criticism of Goldberg’s characterization of the Holocaust.

Goldberg will take two weeks off from the show, ABC News President Kim Godwin announced in a statement Tuesday evening, hours after a leading Jewish organization that had been among Goldberg’s critics said it had welcomed her apology for saying the Holocaust “isn’t about race.”

“Effective immediately, I am suspending Whoopi Goldberg for two weeks for her wrong and hurtful comments,” Godwin wrote. “While Whoopi has apologized, I’ve ask her to take time to reflect and learn about the impact of her comments. The entire ABC News organization stands in solidarity with our Jewish colleagues, friends, family and communities.”

Goldberg’s initial comments came during a segment of “The View” about a Tennessee school board’s decision to remove “Maus,” the classic Art Spiegelman graphic memoir, from its eighth-grade curriculum. During that discussion, Goldberg described the Holocaust as reflecting not the toxic consequences of racism, but “man’s inhumanity to man.”

This characterization drew criticism from many, including the Anti-Defamation League, which said Goldberg had mischaracterized the hatred that led to the Nazi slaughter of 6 million Jews in Europe.

Goldberg issued an apology on Monday night, saying, “I should have said it was about both” race and inhumanity and adding, “I stand corrected.” But she also reiterated her view that the Holocaust was not about race as she understands it.

After appearing with Goldberg on “The View” Tuesday, ADL CEO Jonathan Greenblatt tweeted that he appreciated her apology.

“Deeply appreciate @WhoopiGoldberg inviting me on to @TheView  today to have an important discussion on the importance of educating about the Holocaust,” Greenblatt wrote. “Whoopi has been a long-time ally of the Jewish community and @ADL and her apology is very much welcome.”

Several hours after that tweet, Godwin issued the suspension, writing that the decisions like the one she made were “never easy, but necessary.”

Goldberg’s suspension elicited criticism from Jews across the political spectrum.

“It distracts from real danger — like Nazis on our streets, swastikas all over the place, and the normalization of antisemitic conspiracies by people like Tucker Carlson who face zero consequence,” tweeted Amy Spitalnick, executive director of Integrity First for America, which sued the organizers of the deadly 2017 white -supremacist march in Charlottesville, Virginia. (She was referring to a special that Carlson, the Fox News host whom the ADL has called to have fired over his embrace of a white supremacist conspiracy theory, is airing this week condemning George Soros, the Jewish philanthropist who is a leading target of antisemitism.)

Joel Pollak, a prominent conservative pundit, tweeted a similar sentiment. “There is actual, dangerous antisemitism in the world, and while Whoopi Goldberg would never extend me the same benefit of the doubt, this whole ordeal is a mockery of what facing up to antisemitism means,” he wrote. “It’s virtue signaling of the worst kind because it obscures the problem.”

Meanwhile, even those who had vociferously criticized Goldberg’s comments said a suspension was not a satisfying response.