I’m a queer Mizrahi Jew who left the NY Orthodox world. This ‘bubby’ took me in. 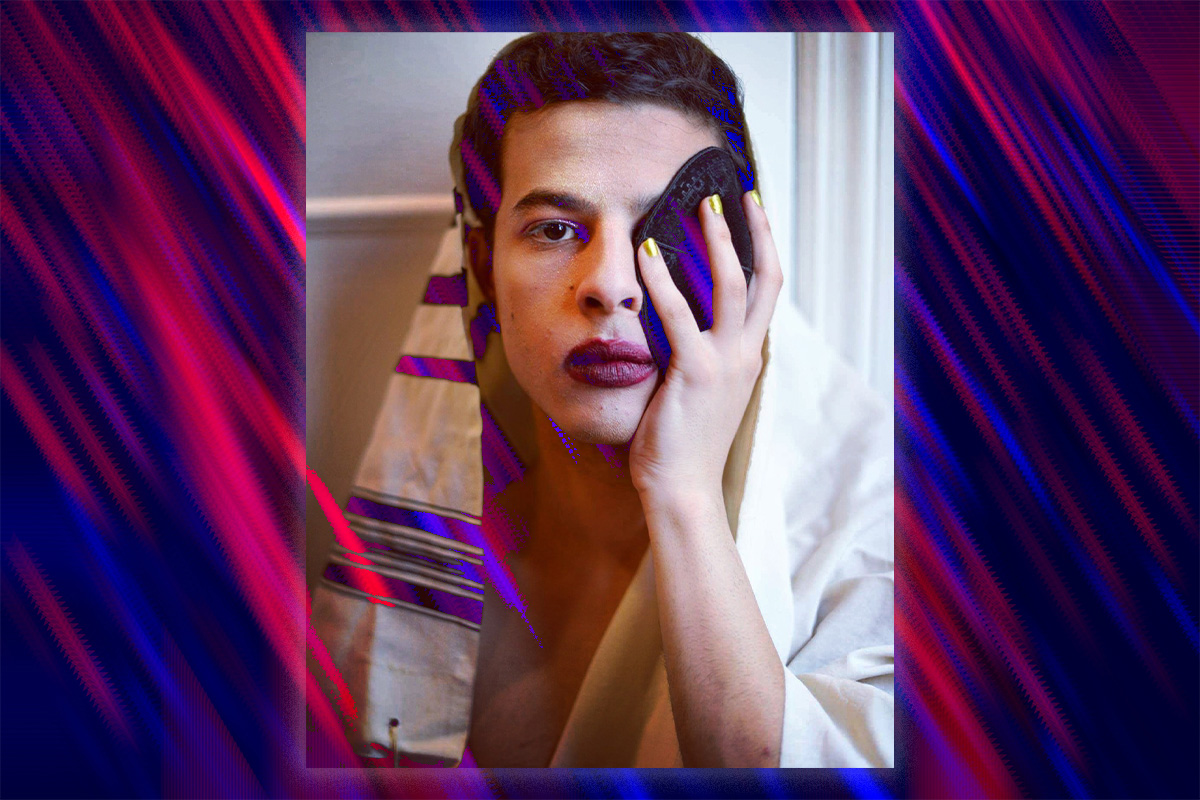 In Orthodox Judaism, a child’s Hebrew name is given within the first week. The rules for our lives are predetermined, assigned based on our gender at birth. Since I was born, I knew inside that I was created differently from others — and I was labeled a non-conforming case who needed fixing.

Growing up on the Lower East Side as a ’90s baby, I lived in an era when the neighborhood, a historic region in New York City and American Jewish history, was experiencing major changes and gentrifying rapidly. The Jewish presence was in decline, and the immigrant melting pot for which the neighborhood was known was being whitewashed in a boom of galleries, 5-star clubs and high-rise buildings.

In the middle of all of it was me: queer, hip, Mizrahi, not easily fitting in. My family and I were more accustomed to bonding with the local Puerto Rican and Black communities than with the wealthy Ashkenazi Jews who seemed to control the majority of Jewish life in the temples of our area.

I always wrestled with my identity and the alienation of not fitting into the class, race and “formal” gender expectations of the Orthodox world. It took me many years to realize that not fitting in a box was actually an immense opportunity. It gave me the ability to connect with a multitude of under-recognized people — like my adopted Bubby Roz. 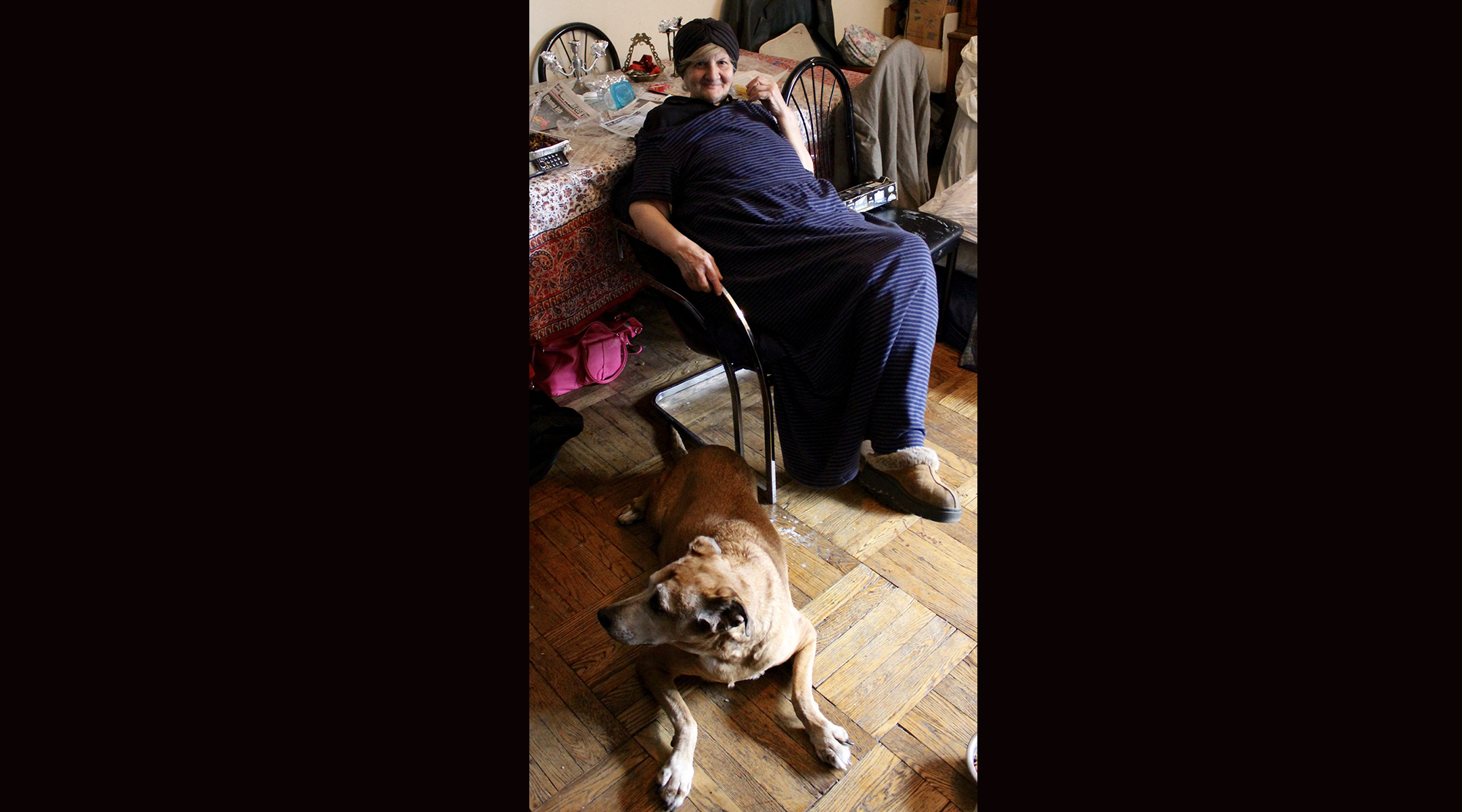 Bubby Roz, or Ms. Roslyn Engelmayer, was a lovely balaboosta who became my adopted grandmother when my own grandparents on both sides of the family passed before I reached third grade. I met Bubby Roz in first grade when she held a festive Purim party in her cozy apartment. My mother took my brother and me; I was dressed as a tiny brown rabbit. I remember arriving at the door and looking up at a towering woman who had so much warmth in her eyes that her statuesque height didn’t frighten me. Her first words to me were “I love you as one of my own grandchildren,” and since then we have been inseparable.

Bubby Roz was disabled, feminist, charismatic, a bit of a hoarder of memorabilia (but always clean) and had the biggest heart. She had become estranged from her family — her husband walked out the door without a civil divorce and left her to raise three kids alone. So Bubby and I always knew what it was like to feel excluded, for life to present a challenging but unique path. And we used our alienation as a form of empathy to welcome the stranger.

Well into her later years, Bubby Roz would host free meals every Shabbat for the “misfit” Jews of the LES who weren’t easily welcomed in their neighbors’ homes, or didn’t have a “male” to lead services. Although I was demonized by my fellow archaic tribe members for being “different” and not conforming to Jewish values, I actually spent my time appreciating the company of my elders and wanted to hold mature and philosophical conversations — thanks to the relationship Bubby and I developed.

Living in a world that repressed my inner authentic self made NYC seem like a conservative bubble. We could peer at the secular world, but couldn’t step into it. Decades before I found queer-inclusive spaces, my limited knowledge of my orientation and gender identity was based on the queerphobia of my Modern to ultra-Orthodox surroundings. Even in the closet, I was always automatically labeled without being given a chance to define myself, and the harmful labels and bullying buried me in depression and self-deprecation. My parents, too, were policed for trying to affirm my gender presentation, receiving reprimands from my day school. While they defended my differences when they could, they didn’t want to acknowledge my coming out in public.

In synagogue, rabbis would preach about loving thy neighbor, but then make queerphobic jokes during Shabbat services — and racist ones in Yiddish so the maintenance workers of color wouldn’t hear. I felt like the only one who was “different” in a normalized bigoted world — and at the same time, I was confused because I was trying to live by Jewish values, which emphasize welcoming the “other.”

I left Orthodoxy in 2011 and my former religious world didn’t want to hear my side of the story. Families who used to consider me one of their own now harassed me weekly on the streets walking to school. I was truly grieving the estranged relationship with my mother, former peers and neighbors. By 2015, I was ex-communicated and found myself homeless. I went to Bubby Roz’s home to find comfort. I didn’t expect her to open her home to me, but she welcomed me to live with her, like a one-eyed cat receiving warm milk.

For nearly two years, I was Bubby’s new roommate. Her home was an unlisted shelter for decades where many cis male Jews who were homeless were given a roof over their heads: the failed Talmudist who never got his ordination, a Hasid who thought he was the Messiah, an ex-con and dirt bike rider, an Israeli lawyer with a cannabis business before it was legalized — and me, the first gender non-conforming artist in her house. Art, nature and Bubby seemed to be the only comfort to heal my open wounds from being disowned.

Eventually, along with my trans Jewish collaborator Hazel Katz, I made a documentary called “Bubby & Them,” which follows Bubby Roz’s and my journey through our challenges: disability, gender dysphoria, trying to meet our needs and co-existing in a cluttered home. The film discusses a two-page homophobic edict, written and signed by prominent local rabbis, which was illegally mailed to every Jewish and non-Jewish co-op in the LES to warn them that Jewish organizations were including queer Jews. As upsetting as this letter was, it also reflected the shifting landscape of the neighborhood: Where Orthodoxy once held power, now progress towards acceptance was being made.

“Bubby & Them” premiered in Brooklyn through our sponsor UnionDocs in June 2017, followed by over 25 film festivals. But sadly, barely any Jewish venues have shown it. One major New York producer told us that our content wasn’t “appropriate for our audiences.” They rave about diversity and showcase gay series, but trans Jews are told to wait their turn, even if they’re telling a heartfelt PG story like mine.

But I refused to be discouraged. While the struggle to tell trans Jewish stories for wider audiences continues, I hope my creative expression can protect and heal wounded trans youth and educate allies to ensure that no child is left behind despite their identity. If a Jewish film festival will feature “Bubby & Them,” great. If not, we will keep taking up space until all Jews, gentile, trans and cis allies can show up as their full selves and know they will always be loved, supported, blessed and welcomed.

After witnessing the magic of our Brooklyn screening, Bubby said to me, “You’re going to go places and be a star.” It makes me cry every time I think about it or doubt myself from the daily struggles of transphobia I face. Our beloved Bubby Roz now lives in a nursing home in New Jersey, and her words evoke resilience. I love you, Bubby. You provided me a home and made me feel cherished as my queerlicious self when I needed it the most. We should all follow your example of unconditional love for all non-conforming kids.