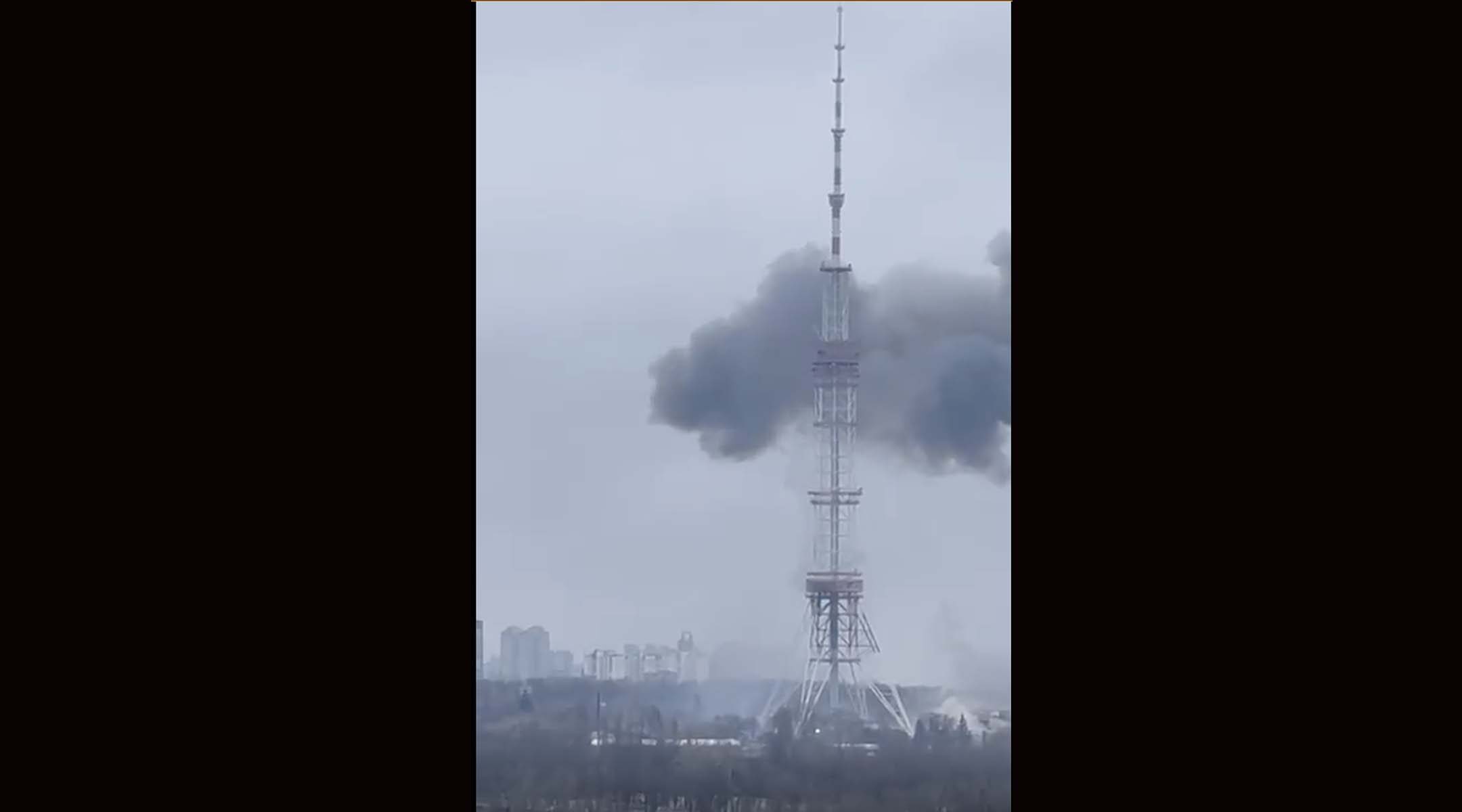 (JTA) — Russian troops appeared to strike part of the Babyn Yar memorial site, which pays tribute to the tens of thousands of Jews buried in the area in a Holocaust pogrom, while hitting Kyiv’s main TV transmitter tower on Tuesday.

“To the world: What is the point of saying ‘never again’ for 80 years, if the world stays silent when a bomb drops on the same site of Babyn Yar? At least 5 killed. History repeating…” wrote Zelensky, who is Jewish.

To the world: what is the point of saying «never again» for 80 years, if the world stays silent when a bomb drops on the same site of Babyn Yar? At least 5 killed. History repeating…

“At this time, a major missile attack is underway on the territory where the Babyn Yar memorial complex is located. These animals are killing the victims of the Holocaust for the second time,” wrote Andrii Yermak, who heads Zelensky’s office.

Babyn Yar is the name of a ravine on Kyiv’s outskirts where German troops murdered, with help from Ukrainian collaborators, at least 33,000 Jews in September 1941 in one of the largest massacres of the Holocaust. The Jewish Telegraphic Agency provided the first news report of the massacre.

The ravine, a large open area with low-growing vegetation, is littered with multiple mass graves of Jews and other victims executed there. In recent years, a memorial museum site with several accompanying buildings, still under construction before the Russian invasion, was built in the ravine.

It was not immediately clear whether the museum or any graves were hit in the Russian bombardment. At least five people were killed in the bombing of the television tower, according to the UNN Ukrainian news agency.

Russians are destroying the Kyiv TV Tower.
They are trying to cut us off from communications. pic.twitter.com/ppi264K5Jf

Natan Sharansky, the former Soviet refusenik activist who now chairs the Babi Yar Holocaust Memorial Center, condemned Russian Vladimir Putin’s Nazi rhetoric in a response to the bombing on Tuesday. Putin has repeatedly called Ukraine’s leaders “Nazis” in statements leading up to and during the invasion.

“Putin seeking to distort and manipulate the Holocaust to justify an illegal invasion of a sovereign democratic country is utterly abhorrent,” Sharansky said in a statement. It is symbolic that he starts attacking Kyiv by bombing the site of Babi Yar, the biggest of Nazi massacres.”