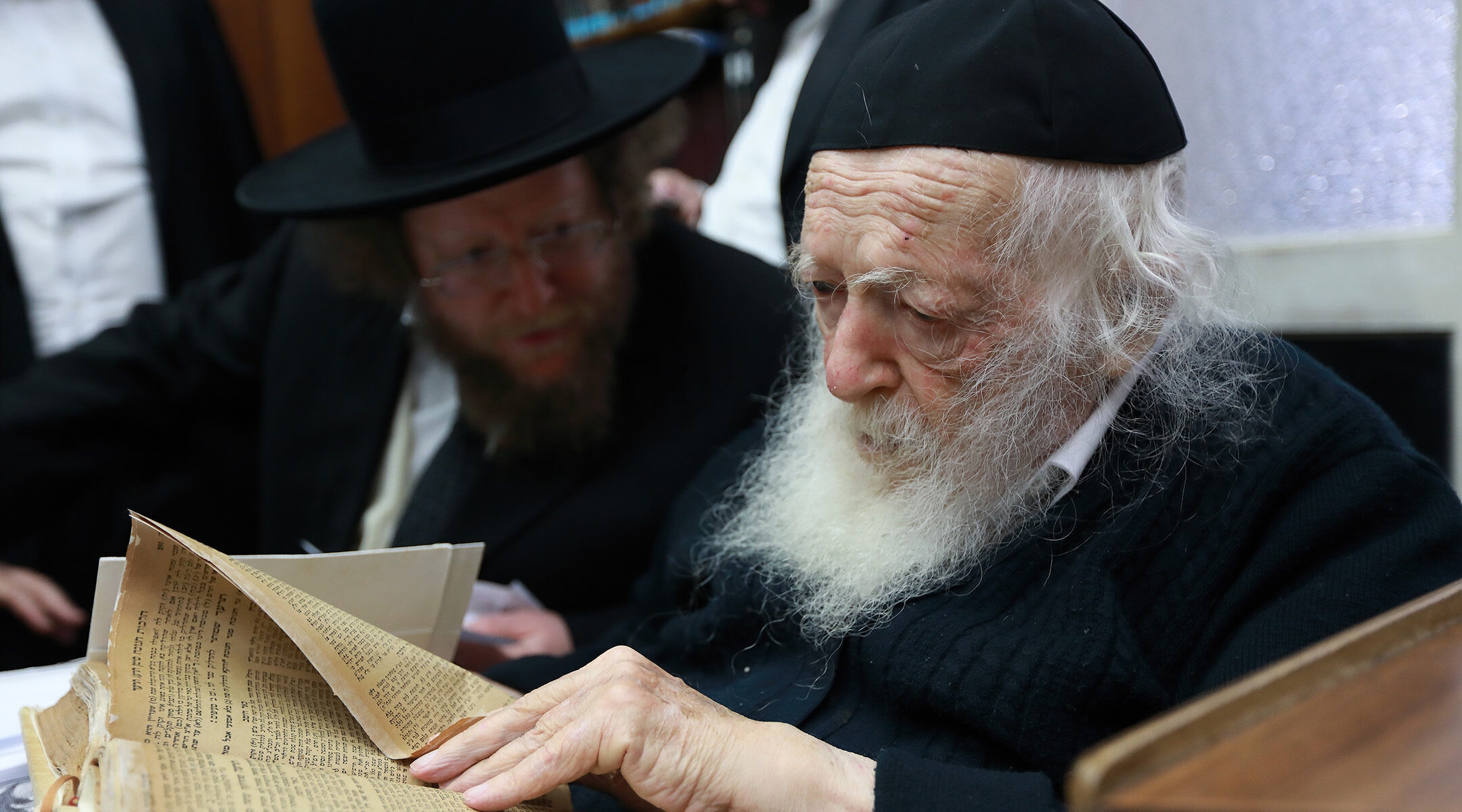 (JTA) — Rabbi Chaim Kanievsky, the powerful leader of Israel’s haredi Orthodox community who was known as the “Prince of Torah,” has died.

Kanievsky was 94 and died after collapsing at his home in Bnei Brak, the center of haredi life in Israel where he was regarded with reverence.

The son of a major rabbi with familial connections to numerous famed rabbinic dynasties, Kanievsky seemed to be destined for a position of power from a young age. But the scholarly rabbi rose to new heights during the coronavirus pandemic as Israel’s government struggled to contend with numerous outbreaks in the haredi Orthodox community. Kanievsky, whose words were mediated through his grandsons, became a key leader in persuading haredi Orthodox Israelis to comply with government lockdowns.

“They see him as a holy man,” Eli Paley, the chairman of the Haredi Institute for Public Affairs, a Jerusalem-based research group, told The New York Times. “They see their existence as relying on Rabbi Chaim and his Torah learning.”

Born in Poland in 1928 into a family of well-known rabbis, Kanievsky began studying as a young boy in Bnei Brak at the yeshiva of his uncle, Rabbi Avraham Yeshaya Karelitz, then one of the most important Jewish legal authorities in Israel.

Kanievsky, who spent most of his life in Bnei Brak, departed from yeshiva life only briefly, when he served in the Israeli army during the country’s war of independence. He became a major authority on all matters of Jewish law, authoring several books of Jewish legal writings.

“He’s isolated from everyone, from social life, just him and the Talmud,” Sara Zalcberg, a professor at Tel Aviv University who studies Israeli haredim, said of Kanievsky, who was known to seclude himself in his study with his Talmud for most of the day.

For years, Kanievsky would answer dozens, if not hundreds, of Jewish legal questions via small postcards on which he would inscribe his answers in tiny handwriting.

“He usually writes down his answers, usually quite short answers,” Zalcberg said. “But from all his answers there are many books.”

He would also receive visitors in his home who would seek his guidance on areas of Jewish law and with questions about all aspects of their lives.

After the 2017 death of Rabbi Aharon Leib Shteinman, Kanievsky became the preeminent leader of Israel’s non-Hasidic haredi Orthodox community, taking on a more political role in addition to his status as an authority on matters of Jewish law.

And during the COVID-19 pandemic, Kanievksy became an important figure in Israel’s battle with the coronavirus, representing haredi autonomy from the rest of the Israeli public as he, at times, instructed haredi yeshivas to remain open despite Israeli health ministry rules requiring them to close. 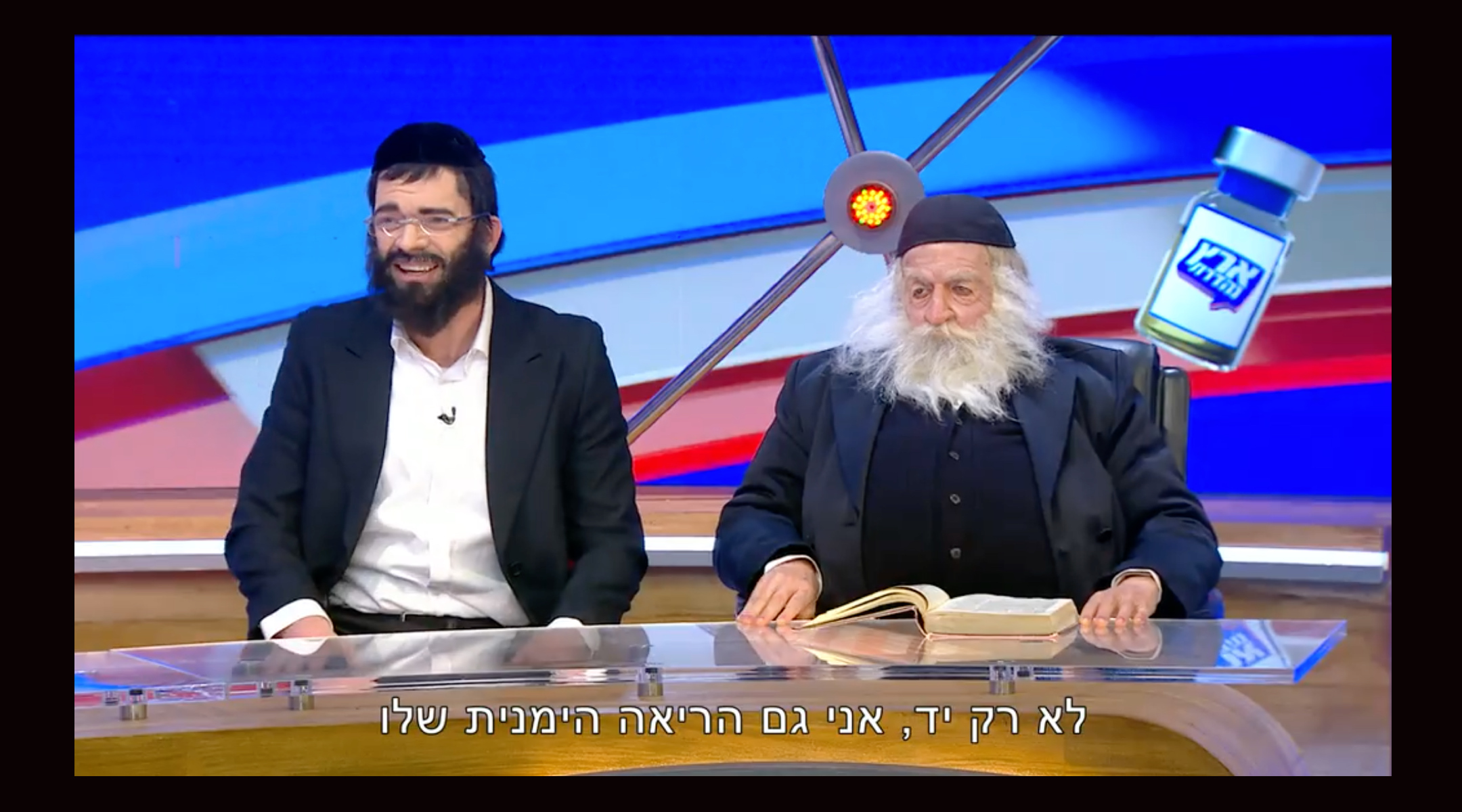 Kanievsky became such an important figure in the struggle to convince Israel’s haredi communities to adhere to the countrywide lockdowns that an Israeli satire show depicted Kanievsky as the country’s true prime minister with his grandson and intermediary, Yanki, by his side, altering his statements at will.

In October 2020, Kanievsky himself tested positive for COVID-19 but recovered and resumed public life.

After vaccines became available, Kanievsky broke with some in his community by urging widespread vaccination. He received death threats in late 2021 after opining that children should be vaccinated against the virus.

Kanievsky was largely considered a moderate on matters of Jewish law, according to Zalcberg; in 2016, for example, he ruled that medical marijuana was kosher for Passover. But  Kanievsky became known for at least one extreme position on a matter of Jewish law and culture. In 2012, Kanievsky ruled that one who owns an iPhone, by which he meant any smartphone, must burn it, even if he needs it for business.

Kanievsky went further and said one cannot even sell his or her smartphone to a non-Jew, “just as it is forbidden to sell a weapon to a non-Jew.”

The rabbi was immediately mourned by his followers and by Israeli leaders. “Despite his greatness in the Torah and in public, the rabbi made sure to always receive every person with an open heart and light eyes,” said Israeli Prime Minister Naftali Bennett in a statement.

Kanievsky’s wife and the mother of his eight children, Batsheva, died in 2011. He will be buried on Sunday.