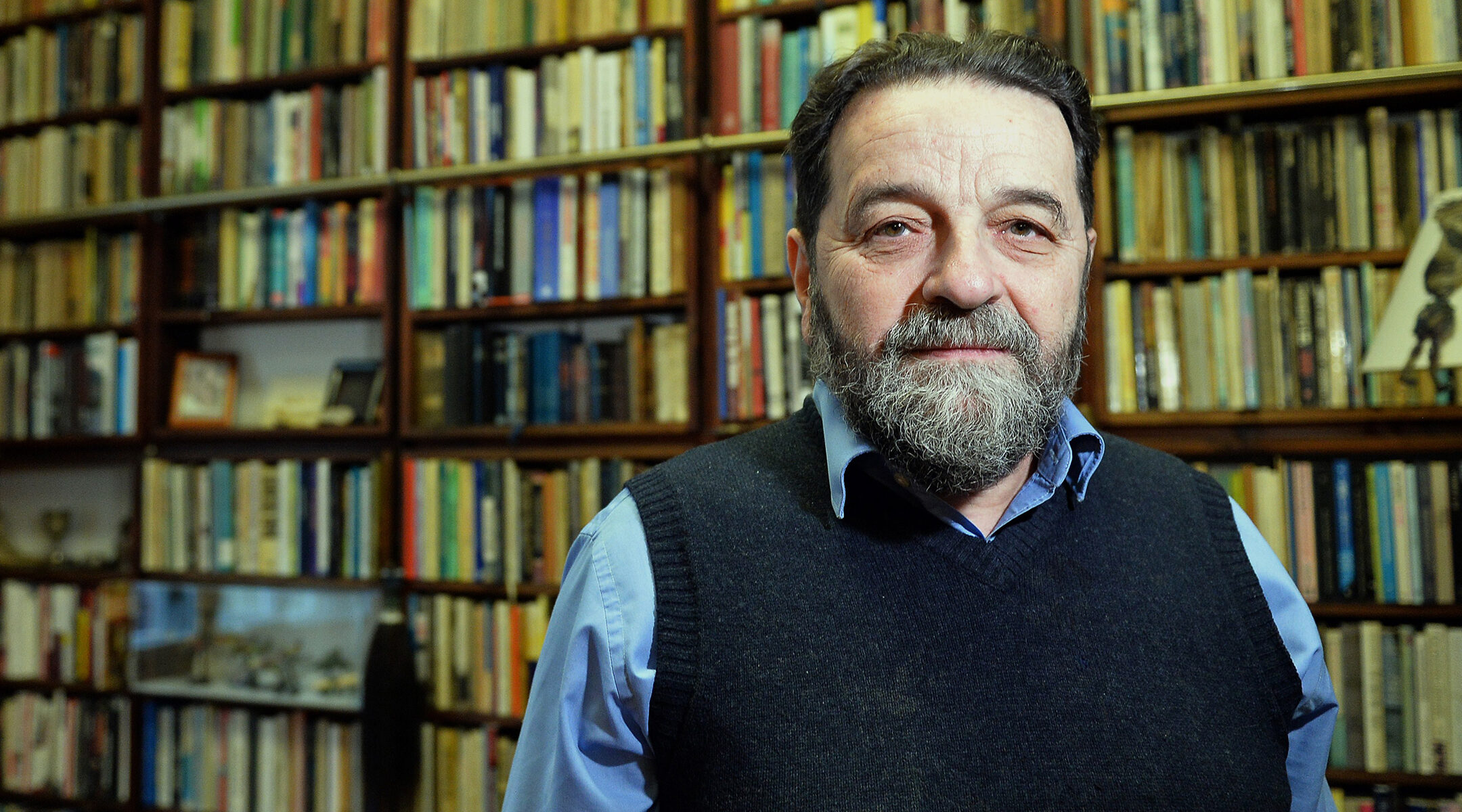 (JTA) — One of Poland’s most prominent journalists, Konstanty Gebert, said he is quitting what many regard as the country’s newspaper of record after it demanded that he describe Ukraine’s controversial Azov Battalion as “far-right” instead of “neo Nazi.”

The Azov militia, a small subset of a few thousand soldiers within Ukraine’s military, often sport Nazi imagery on their clothing and flags.

Gebert, who is Jewish, announced his resignation Thursday in his weekly column, “The Weather Forecast,” which he has penned for many years and published in Gazeta Wyborcza, a left-leaning publication.

“If we cannot come to an agreement on the essentials, we will have to part ways,” wrote Gebert. He may publish in Wyborcza in the future as a contributor rather than a columnist or staff writer, he added.

“We regret to acknowledge the decision of our colleague. We are pleased with the declaration that the end of a regular series of articles does not mean the end of our cooperation,” Wyborcza wrote in a statement.

The Azov Battalion has used a variant of the Nazi Wolfsangel as its main symbol. The Anti-Defamation League considers the Wolfsangel “one of the more popular white supremacist symbols.”

RELATED: Jewish Ukrainians gear up for fierce Russia fight, alongside the ‘neo-Nazis’ they say Putin is lying about

The battalion was set up following Russia’s 2014 annexation of Crimea and has been incorporated into the Ukrainian National Guard. In 2015, a spokesperson for the Azov Battalion said neo-Nazis account for up to 20% of its ranks.

Russian President Vladimir Putin has referenced the Azov Battalion and other Ukrainian militias with neo-Nazi tendencies in justifying his country’s Feb. 24 invasion into Ukraine. The operation’s goal was to “de-nazify” Ukraine, he has said repeatedly.

Poland, where centuries of clashes with Russia have made many hostile to the Kremlin, is a staunch supporter of Ukraine in its military conflicts.