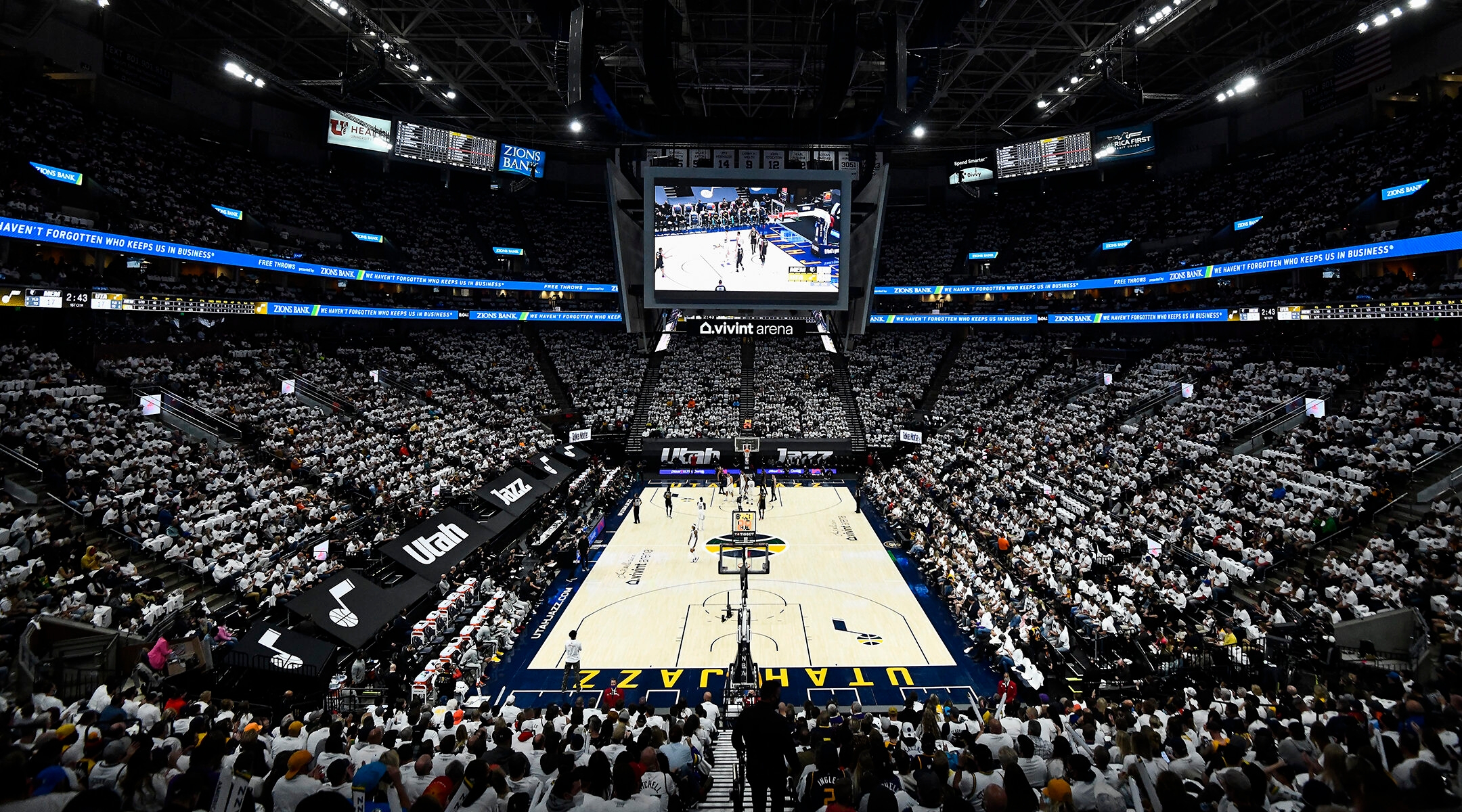 (JTA) — A few years ago, Rachel Picado attended a Utah Jazz game in Salt Lake City with Israeli diplomat Eitan Na’eh, who was visiting from Los Angeles. During the closing seconds of the game, which the Jazz won, the two heard a familiar song coming from the speakers in Vivint Arena.

“We were both looking at each other like, why on earth are they playing ‘Hava Nagila’?” Picado recalled.

She asked the Jazz employees who were hosting her group about the musical choice, and “they were confused that we were confused,” Picado said.

“They said, ‘Well, isn’t it a celebratory song? We’re celebrating the win. Isn’t that what it’s for?’” Picado added.

Many professional sports teams play the same song after each win in their home stadiums. The Yankees use “New York, New York” by Frank Sinatra. The Los Angeles Dodgers and Lakers serenade fans with Randy Newman’s “I Love L.A.,” while the Clippers blast Tupac Shakur’s “California Love.”

And, for more than a decade, the Jazz have celebrated home victories by playing “Hava Nagila,” the Hebrew staple of Jewish weddings and bar and bat mitzvah parties that seemingly has nothing to do with Utah — or jazz, for that matter.

For a team with no Jewish players, in a market with relatively few Jewish residents, the choice has long baffled and amused basketball fans in Utah and beyond. The Jazz organization cites the song’s “memorable beat” in explaining the phenomenon.

Funny note most teams have songs they play after they win, which have some connection to the city they are in. Utah Jazz play Hava negelia.

“The rejoicing of the fans and the memorable beat of the song have proven to be a popular way to commemorate a Jazz win,” Madeline Crandall, the team’s communications director, said in an email.

While Jazz players dictate the arena’s playlist during pregame and halftime warmups, the team has two senior employees who choose the in-game music. “Hava Nagila” has been used specifically as the victory song “as long as they both remember,” Crandall said. “The consensus is that… it feels celebratory and fun and it has just stuck.”

Neither Meikle LaHue nor Jeremy Castro, who would appear to be the employees in question, responded to emails. LaHue has worked with the Jazz since 2006, and Castro since 2007, according to their LinkedIn profiles.

DJ Joune, the team’s official DJ whose job, as he put it in a recent Instagram video, is “curating the vibes” at Vivint Arena, said the tradition predates his tenure with the team.

“I don’t really know how this tradition started, but it’s a great victory ending song for Jazz fans,” he said.

How do Utah Jews feel about the team’s embrace of a song with deep Jewish roots?

“It’s a bit different, I’ll say that much,” said Rabbi Samuel Spector, who leads Utah’s largest synagogue, Congregation Kol Ami in Salt Lake City. “Hopefully it gives people a good association with Judaism and the Jewish community, if they associate our music with fun and winning.” 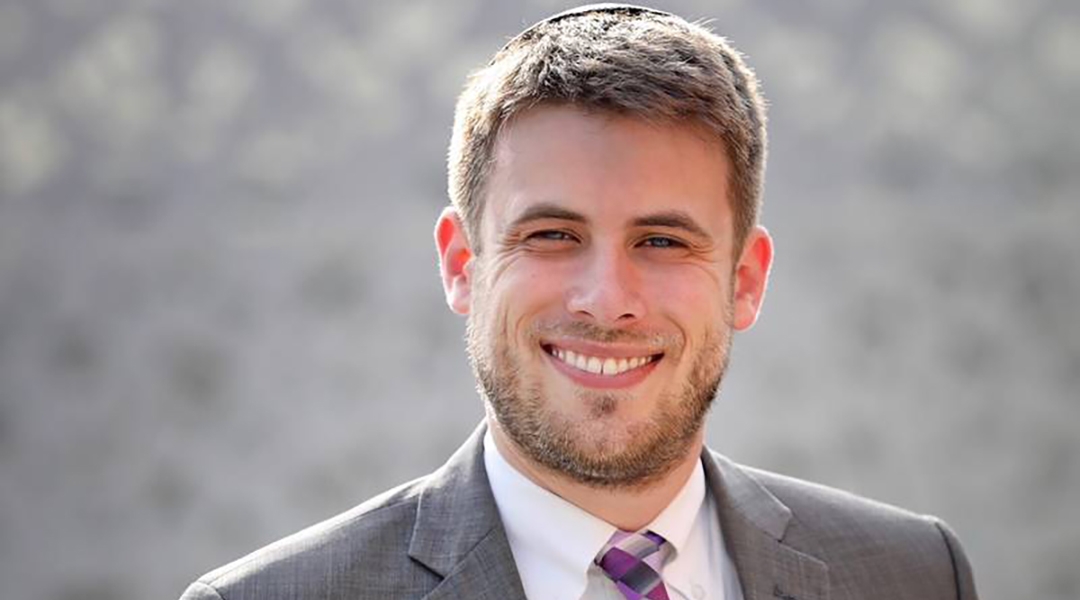 There are eight synagogues and approximately 6,500 Jews living in Utah today; about a quarter of them belong to Kol Ami, which is affiliated with both the Conservative and Reform movements. By contrast, more than 2 million residents — or two-thirds of the population — belong to the Church of Jesus Christ of Latter-day Saints, commonly known as the Mormon Church, according to Church statistics. (There are also small numbers of “Jewish Mormons,” Latter-day Saints who take pride in having Jewish heritage.)

Spector characterized relations between Jews and Latter-day Saints in Utah as close.

“They have been very generous to us, are always happy to help and have been great friends,” he said. “Even when we have differences, those are not great enough to overcome our friendship.”

Picado, who works in health insurance and attended the game with the Israeli diplomat, said she feels more welcome as a Jew in Salt Lake City than in Seattle, where she lived previously and encountered “a lot of very strong anti-Israel sentiment that definitely spilled over on the Jewish community.” She noted that the LDS Church has helped honor Jewish history in the state by, for example, helping to erect a historic marker dedicated to Jewish pioneers who established an agricultural colony in Clarion, central Utah, in 1911. 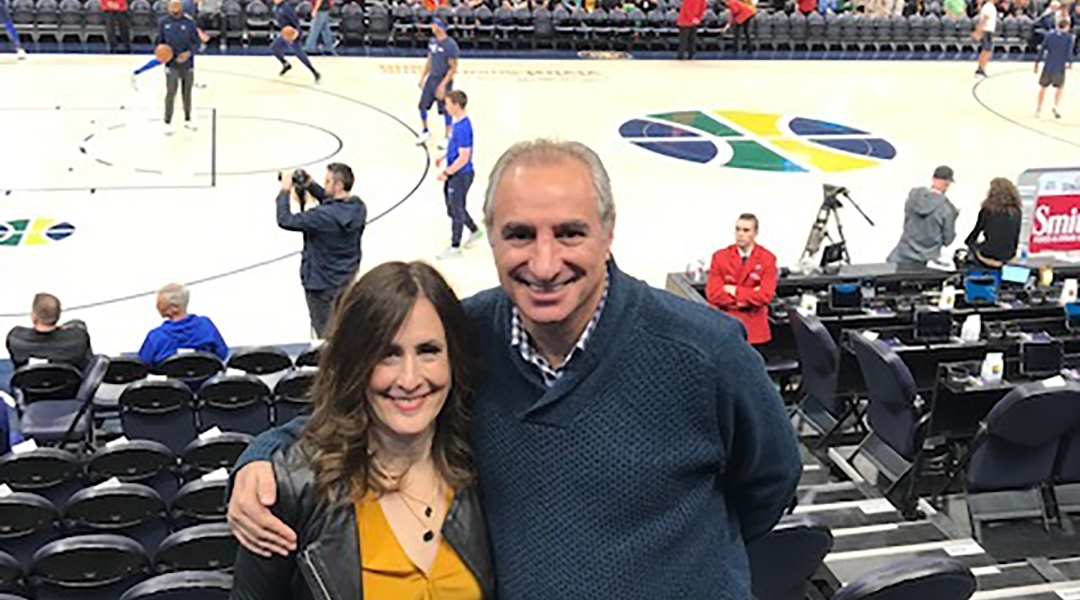 Rachel Picado and Eitan Naeh at a Jazz game. (Courtesy of Picado)

Jazz owners Ryan and Ashley Smith are members of the Church, as were the previous owners, Larry and Gail Miller. Like many NBA teams, the Jazz hold a Jewish Heritage Night each season, usually during Hanukkah. Since 2015, the local emissaries from the Chabad-Lubavitch movement, Rabbi Benny Zippel and his son, Rabbi Avremi Zippel, have led menorah lighting ceremonies during halftime of those games. Avremi sings “Ma’oz Tzur.”

First performed in Jerusalem in 1918 to celebrate the Balfour Declaration in support of a future state of Israel, “Hava Nagila” combines lyrics adapted from the book of Psalms — “let us rejoice and be glad” — with a Hasidic niggun, or chanted melody. Over time, it has gone from a Zionist youth group song to a Jewish wedding standard to “a generic ode to happiness,” according to academics Edwin Seroussi and James Loeffler. So it’s not so unusual to hear it played or sung at sporting events in the United States and Europe today.

“Once upon a time it was viewed as a stirring Zionist anthem, so much so that it was banned in parts of the Arab world,” Loeffler, a Jewish history professor at the University of Virginia, told JTA. “Now thanks to its ubiquity it has become pareve to the point of post-Jewish kitsch.”

Still, some Jewish basketball fans said they feel uneasy about the song’s usage to glorify a non-Jewish group.

“I find it inappropriate for any NBA team to use any cultural song as a victory song, but even more so for a franchise in a city without any real connection to the culture the song is representative of,” said Jon Kaufman, a fan who runs a sports memorabilia store on eBay and follows the Jazz closely from his home in Portland. “If they were to celebrate with a Mormon song, that would make some sense.” But for the team to “take something cultural that is not yours, and to appropriate it for your liking, is just wrong.”

Ben Dowsett, a journalist and videographer based in Salt Lake City who covers the NBA, does not take issue with what the Jazz are doing. On the contrary, Dowsett, who is Jewish, said the Jewish community and other minority communities “should be open to this sort of thing where appropriate, as long as the cultural elements being referenced are not being taken out of context or used offensively, which I don’t believe is the case here.”

Led by All-Stars Donovan Mitchell and Rudy Gobert, the Jazz are currently facing off against the Dallas Mavericks in the first round of the playoffs.

Rabbi Avremi Zippel has been attending Jazz games for 25 years, and though he will miss games 3 and 4 because of Passover obligations, he said he hopes to watch his team finally win their first championship.

“I look forward to game 7 of the NBA Finals, speedily in our days,” he said, “with the Jazz playing ‘Hava Nagila’ as the Larry O’Brien [NBA Championship] Trophy is lifted in the air.” 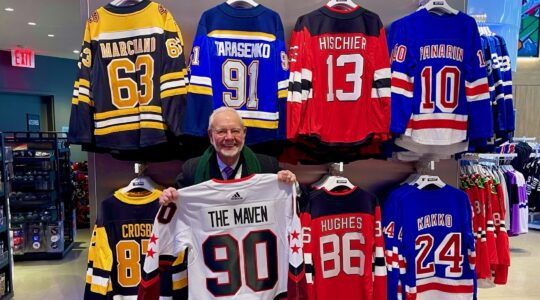